Toyota recorded the fastest times at the season-opening Prologue at Circuit Paul Ricard, but the data only tells half the story. 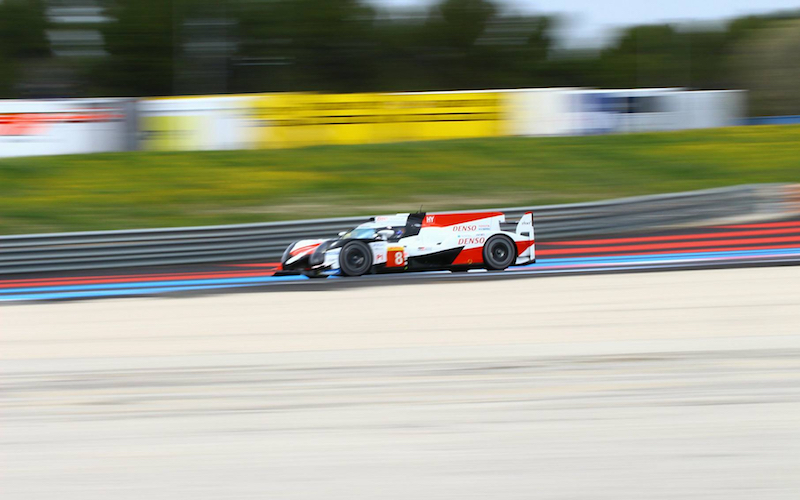 The Prologue began in sunny but cool weather, and the pair of Toyota TS050 Hybrids were quickly out on track setting the pace at the front of the field. Mike Conway’s 1:32.662 during his 67-lap run on Friday in the #8 car proved to be the fastest time of the weekend.

However, it soon emerged that Toyota had been running both of its cars outside of the WEC’s “equivalence of technology” performance-balancing system, which enabled much faster lap times than could otherwise have been achieved. According to technical director Pascal Vasselon, this was due to Toyota needing to test its cooling systems after not having the opportunity to test in warmer conditions over the winter.

Toyota switched back to a set-up complying with EoT regulations at 5pm on Friday night, by which time the lap times on both cars had fallen by over five seconds to around the 1:39 mark.

The privateer LMP1 entries of Rebellion Racing, SMP Racing, Bykolles, DragonSpeed and CEFC TRSM Racing enjoyed some extensive running in what for many was the first opportunity to test out the cars in earnest.The #11 SMP Racing BR1 AER was the quickest of the privateer entries, with Vitaly Petrov recording a fastest lap time of 1:37.034.

For many teams the focus will have been on putting as many miles on their new cars’ clocks as possible. The #8 Toyota TS050 recorded by far the highest mileage over the 30-hour test, completing a total of 839 laps of the 5.7km Circuit Paul Ricard. That is equivalent to over 4,700km, or 350 laps of the Circuit de la Sarthe in Le Mans – only 17 short of the distance completed by the winning car in 2017, the Porsche 919 Hybrid of Brendon Hartley, Earl Bamber and Timo Bernhard.

All of the privateer runners managed to complete over 100 laps, with the pair of CEFC TRSM Racing Ginetta G60-LT-P1s struggling with mechanical issues on day one before managing to run for 121 and 138 laps respectively. 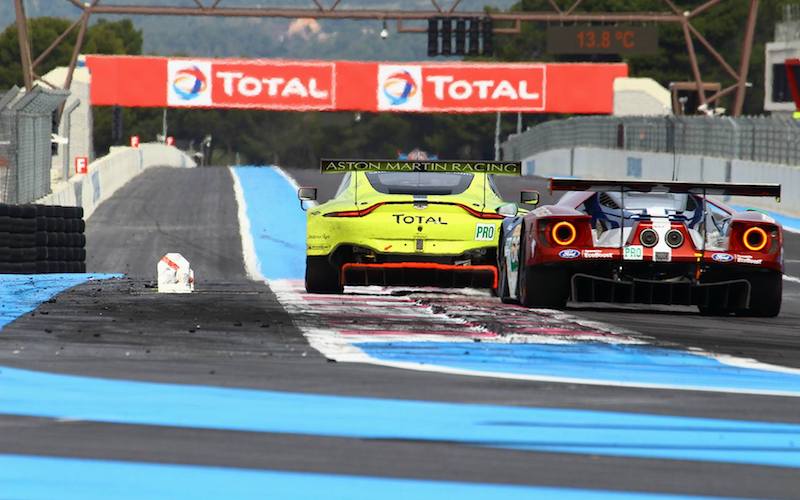 The GTE Pro cars were separated by three seconds, with the pair of Porsche 911 RSRs topping the time sheets. Gianmaria Bruni was the fastest man of the weekend, setting a fastest lap time of 1:51.332. The two Fords were third and fourth fastest, followed by the #51 AF Corse Ferrari 488 GTE Eva in fifth.

The new-for-2018 Aston Martin Vantage completed the most laps of any car in the entire WEC field during the 30-hour test. The 852 laps by the #95 machine will have given the team vital data for the upcoming season, at which the next evolution of the Vantage family is making its debut.

There was a new face at the top of the LMP2 times, with WEC debutant Pastor Maldonado going quickest for the Michelin-shod #31 DragonSpeed Oreca 07 – Gibson ahead of the Dunlop runners Signatech Alpine Matmut and TDS Racing. Second-fastest was Nicolas Lapierre for Signatech, while Matthieu Vaxiviere and Giedo van der Garde were third and fourth fastest for TDS Racing and Racing Team Nederland respectively.

Much like GTE Pro, Porsche were also on top in GTE Am. Matteo Cairoli was the quickest man at the Prologue for the #88 Dempsey-Proton Racing team with a fastest lap time of 1:52.936. Only two tenths further behind was Ben Barker in the Gulf Racing UK Porsche. The GTE Am teams were able to run extensively throughout the 30-hour test, with all runners completing just about 200 laps or more.

The first round of the season is at Spa-Francorchamps on the first weekend of May.