No LMP1 programme for BMW 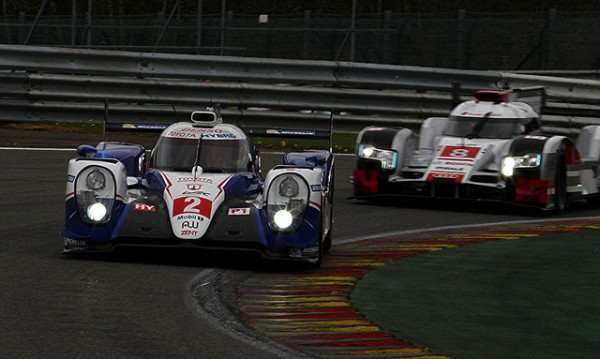 Since the FIA World Endurance Championship returned to the motorsport scene in 2012, more and more manufacturers have decided to join the fray. Toyota, Porsche and Nissan have all been coaxed back to the LMP1 class in recent years thanks to a relatively open rulebook and close racing.

Recently, speculation has been rife of a potential return of BMW to LMP1/prototype racing. Given that BMW’s sole works involvement in motorsport is in the DTM, rumours started doing the rounds that the German constructor was looking at a WEC programme and a chance to return to Le Mans following overall victory in 1999. However, at last weekend’s Spa 24 Hours, head of BMW Motorsport Jens Marquardt put an end to all the speculation.

Speaking to the press, Marquardt maintained that the current LMP1 rulebook is not attractive to BMW. The German constructor wants to apply its road car technology, which is largely focussed on electric vehicles such as the i3 and the i8, to the race track, and that is not currently possible. In addition, Marquardt said that BMW were currently concentrating on the new BMW M6 GT3, as well as a version to race in the Tudor United Sportscar Championship’s GTLM category.

When pushed on the possibility of a Garage 56 entry at Le Mans, the BMW motorsport boss didn’t rule out the possibility of showcasing new technology at La Sarthe. Nissan used their experiences with Garage 56, including the DeltaWing in 2012 and the ZEOD RC in 2014, as a stepping stone to a LMP1 programme – perhaps BMW may consider doing the same under a different ruleset moving forward…