Nissan today announced that they would not be competing in the 2016 World Endurance Championship after a troubled year for the Japanese manufacturer. It’s been a rocky road for the GTR-LM NISMO – could this signal the end for the pioneering front-engined machine? 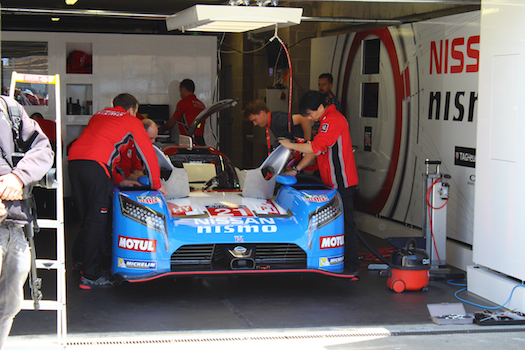 Committed to a two-car full-season WEC effort, as well as a three-car entry at Le Mans, Nissan promised much going into the 2015 season. However, things got off to a bad start and didn’t get much better. Problems homologating the car saw Nissan miss the first two rounds of the season, while further issues integrating the hybrid system forced them to run without it at Le Mans. Significantly off the pace at La Sarthe, Nissan ditched the rest of the 2015 entry, apparently to concentrate on development moving forward.

In a press release, Nissan announced that it “will withdraw its LMP1 entry from the 2016 FIA World Endurance Championship.” Nissan cited the inability to “reach its ambitions” despite the whole team”working diligently” as the reason for the U-turn. Instead, the Japanese manufacturer declared that it would focus on its “longer-term racing strategies”.

Nissan will continue to focus on its widely successful GT3 and Super GT programmes, as well as its role as an LMP2 and LMP3 engine supplier. There is no word whether Nissan will revive its LMP1 project in the future.