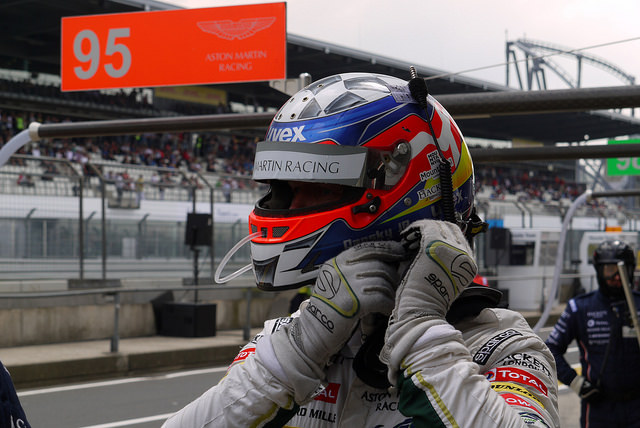 On 19 November 2016, a dream became a reality for a 27-year-old Danish driver by the name of Nicki Thiim. As he crossed the line in his Aston Martin Vantage V8, Thiim, together with fellow Dane Marco Sørensen, secured the FIA World Endurance Cup for GT Drivers – ahead of the baying competition of Ferrari and Ford.

Winning the drivers’ title in the WEC’s fiercely competitive GTE Pro class will come as welcome justification for Nicki Thiim, after the Dane’s switch from Audi GT racing to Aston Martin full-time. Last year Thiim barely had a weekend free as an Audi works driver, taking part in the ADAC GT Masters, the Porsche Carrera Cup Deutschland, the WEC (for Aston Martin), Blancpain GT Series, VLN and TCR – and that’s ignoring the one-off races at the 24 Hours of the Nürburgring and the 12 Hours of Sepang. In 2015, Thiim took part in 30 separate race weekends. With Thiim cutting down that figure to 11 in 2016 – including starts at the 24 Hours of Paul Ricard and the 24 Hours of the Nürburgring, besides his full season for Aston Martin Racing in the WEC – this season will certainly have given the Dane the chance to focus on his performance. 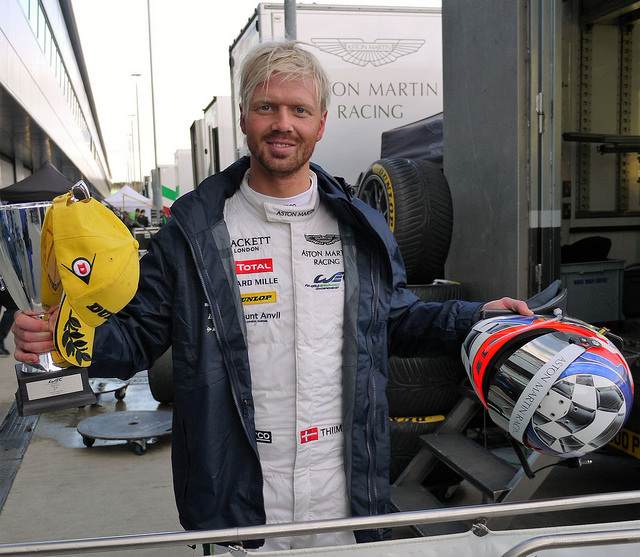 Nicki Thiim finished third at the first round of the season at Silverstone.

Nicki Thiim made his Aston Martin debut back in 2013. Ever the jack of all trades – and the master of all, to boot – that same year he managed to take the championship title in the Porsche Supercup and win the 24 Hours of the Nürburgring in a Mercedes SLS. Despite a new works contract for Audi Sport, Thiim still tried to compete in the FIA WEC for Aston Martin Racing as often as he could. Four victories in eight races in GTE Am in 2014 with David Heinemeier-Hansson and Kristian Poulson was an impressive haul and saw the #95 Aston Martin christened the “Dane Train”. Clashes with the ADAC GT Masters meant that Thiim missed two WEC races and missed out on the GTE Am drivers’ title his teammates would go on to win.

2015 saw Thiim move up a class wth the #95 Aston Martin crew, competing in GTE Pro with Christoffer Nygaard and Marco Sørensen. However, the Dane’s commitments for Audi Sport elsewhere once again had a major impact on the FIA WEC efforts, with Thiim only finishing 13th in the drivers’ title. Something had to change if Nicky Thiim was going to enjoy success on the world stage, and so he decided to take a step into the unknown and break ties with Audi Sport. With a new contract in the bag as an official Aston Martin Racing works driver, the rapid Dane finally managed to put the FIA WEC GTE Pro title at the focus of his efforts. He and Sørensen were duly rewarded for their pace and consistency, taking the GT drivers’ championship ahead of the best that Ford and Ferrari could throw at them. 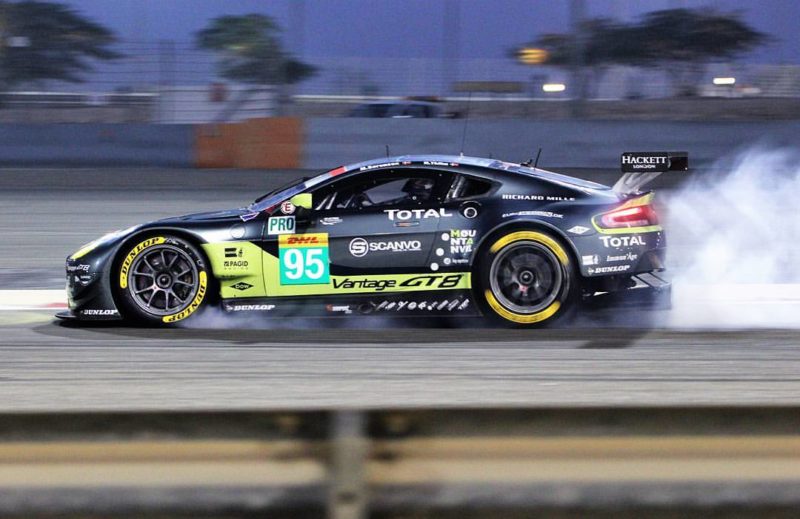 On the limit: In Bahrain, the 27-year-old Dane gave absolutely everything to secure the GTE Pro drivers’ title.

“The consistency throughout the season has been amazing,” Thiim said after the final round of the season in Bahrain. “The car has been great and the improvements we’ve made with our partners throughout the year have been incredible. To be up there in our first year with two new partners in Dunlop and Total and to compete against some big teams with their two new cars is really something special. Right now, I’m very happy with what I and the team have achieved”.

Here at WEC-Magazin we would like to congratulate Nicki Thiim on his GTE Pro drivers’ championship in the World Endurance Championship and wish him and the whole team all the best for the future!