Last season Mike Conway made his full season debut in LMP1 with Toyota. With a race win under his belt and the championship winning team at his feet, 2015 looked like the year that would allow the Briton to shine. However it was not to be. Toyota were left behind in the development race and quickly began work on their 2016 effort. With Conway returning to a Toyota team filled with new hope this season, we caught up with him before it all gets under way. 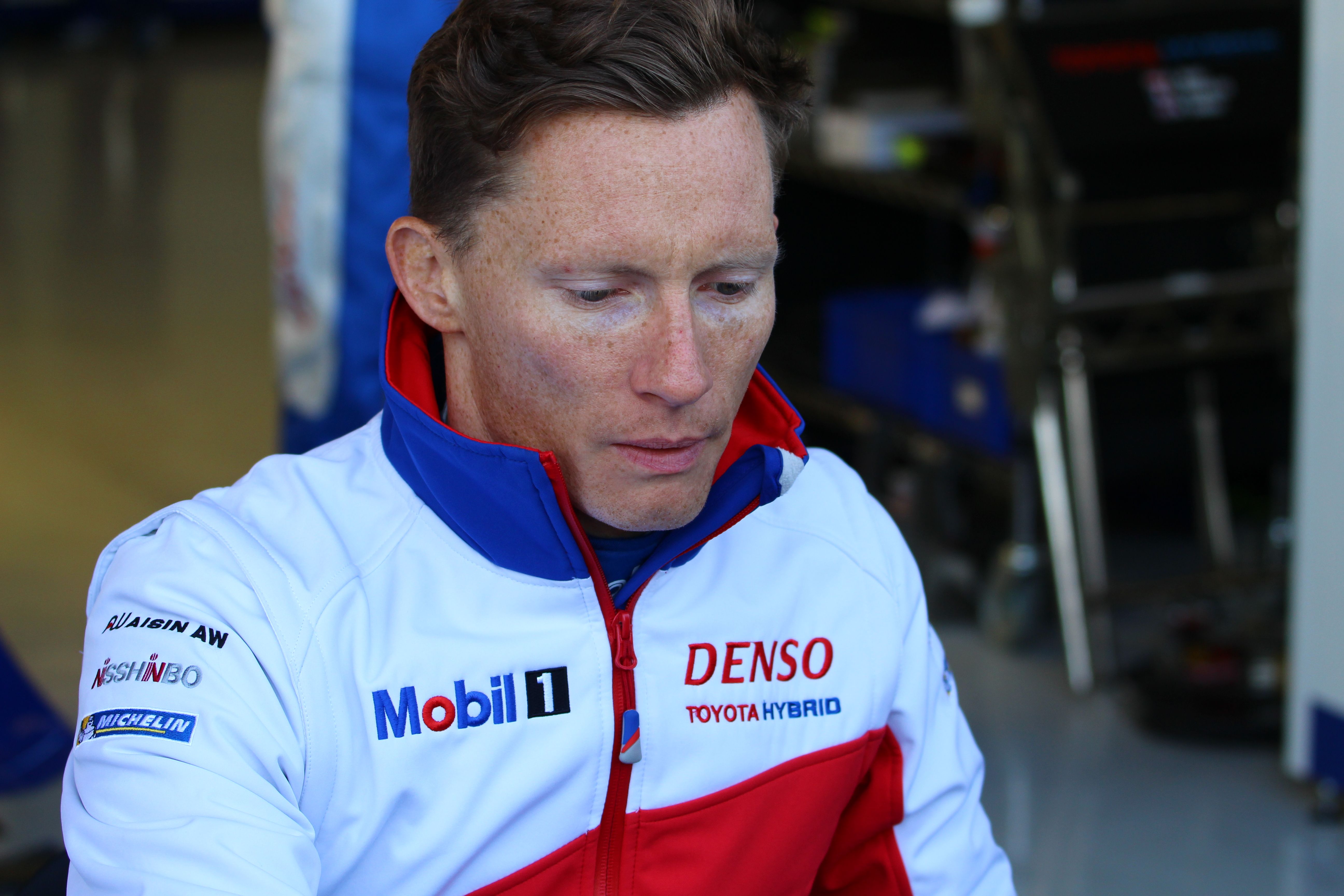 Toyota’s new TS050 is currently the biggest unknown to the 2016 FIA WEC. With a strong season crucial for Toyota, the all new car will play a vital role. Conway told WEC-Magazin that he is hopeful that the new car will pull Toyota back up onto the same level. The Brit added, “we need to be competitive and to be able to fight again.”

However, Conway remained tight lipped about the new car. Despite Toyota’s ‘testing teasers’ and the new white black and red livery, the TS050 (Toyota’s third LMP1 car) has been kept largely a secrete. When asked about the new car Conway revealed that “I can’t say to much on the new car at this point.” 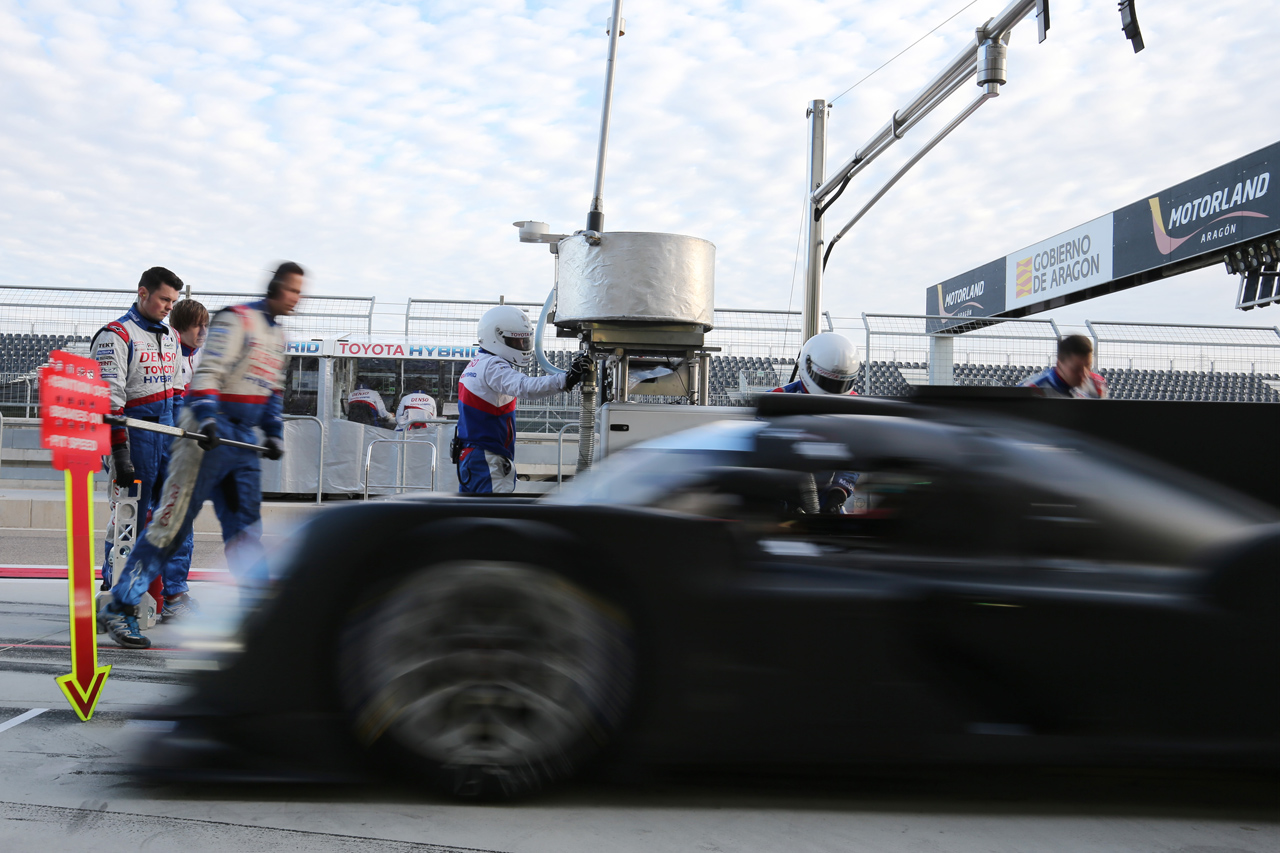 Toyota’s Testing Teasers: Out on track in Spain

Despite the team not giving anything away until the car’s launch at the Paul Ricard Prolouge on March 25th, their ambitions and goals for the new season are not shy. Although admitting that the team will not know where they sit until the first race, Conway boldly stated, “…we want to win Le Mans and the Championship”.

On an individual note, Conway added that his personal goals are to “Improve my skills as a sportscar driver.” He went on to say, “It was my first full year in LMP1 last year so things should be more natural this year.”

Endurance racing however is a team sport, with three drivers to each car in LMP1. Conway’s #2 Toyota last year saw him line up with Stephane Sarrazin and former Le Mans winner Alexander Wurz. At the end of the season, Wurz announced that he would retire from motorsport and therefore step out of his driver role at the Japanese manufacture. 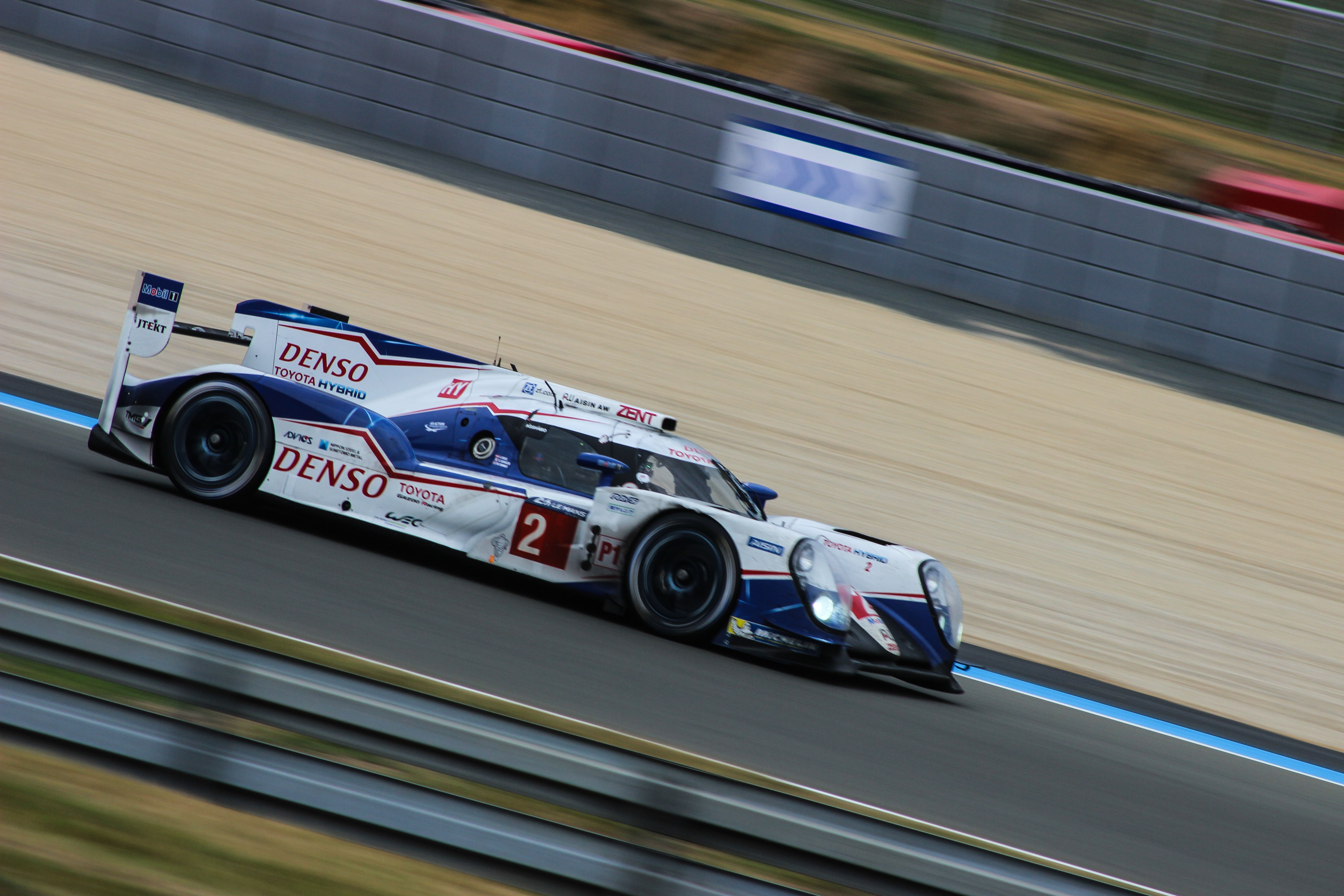 “It was a surprise to see Alex retire”, Said Conway. “But I respect his decision and his career, he was great to work with and I’m glad I got to race with him. He is still with the team so he hasn’t gone far”

Kamui Kobayashi has been confirmed as the driver stepping into the seat vacated by Wurz in the newly numbed #6 Toyota this year. On his new team mate, Conway said, “Kamui is fast so it should be good having him as my team mate”. Although this will be the Japanese driver’s first seaon in LMP1, he is no stranger to the Toyota WEC outfit. Conway is sure that having main stay Wurz replaced will not upset the team atmosphere, adding, “We have worked together in testing and we get on well.”

Toyota defiantly appear to have a renewed vigor heading into 2016. As Conway says, only time will tell if they will be back fighting at the top of the WEC next season, but with a new driver, new car and new colours, this really is the freshest start that Toyota could ask for. A certain one to watch in 2016.

The new TS050 will be publicly revealed on March 25th.