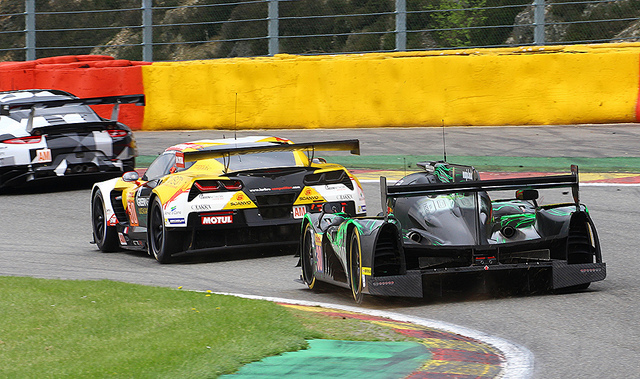 Michael Shank Racing has made no secret of its desires to expand its ventures beyond the WeatherTech Sportscar Championship. This season, the US team is set to compete at the 24 Hours of Le Mans for the first time. But the famous race at La Sarthe won’t be MSR’s only WEC start of the season: They are also set to take the grid at the 6 Hours of Spa-Francorchamps, the traditional Le Mans warm-up in Belgium.

Thanks to a wildcard entry, the Michael Shank Racing Ligier JS P2 – usually in the hands of Oz Negri and John Pew in the WeatherTech Sportscar Series – has been given the chance to race at Le Mans for the first time. Le Mans is a race like no other, and many teams used specially developed aerodynamic setups and components to maximise top speed at the circuit.

One the traditional ways to test such components and set-ups in recent years has been the 6 Hours of Spa-Francorchamps, usually held around one month before Le Mans. The Spa circuit shares many similarities with the Circuit de la Sarthe, including long straights and a number of fast corners. Michael Shank Racing intend to follow other teams’ lead and put their Ligier P2 car through its paces in Europe.

Given Spa’s popularity as a Le Mans warm-up, it remains to be seen whether the US team will be on the grid in Belgium, especially as the number of WEC entries is set to increase once again for 2016. Final confirmation will come with the publication of the official entry list in April.

If Michael Shank Racing gets the green light, full-season drivers Oz Negri and John Pew are likely to take up the driving duties. Laurens Vanthoor, who was originally mooted as a third driver for Le Mans, will have to decide between Spa and his duties in the Blancpain GT Series, which is racing at Brands Hatch on the same weekend.