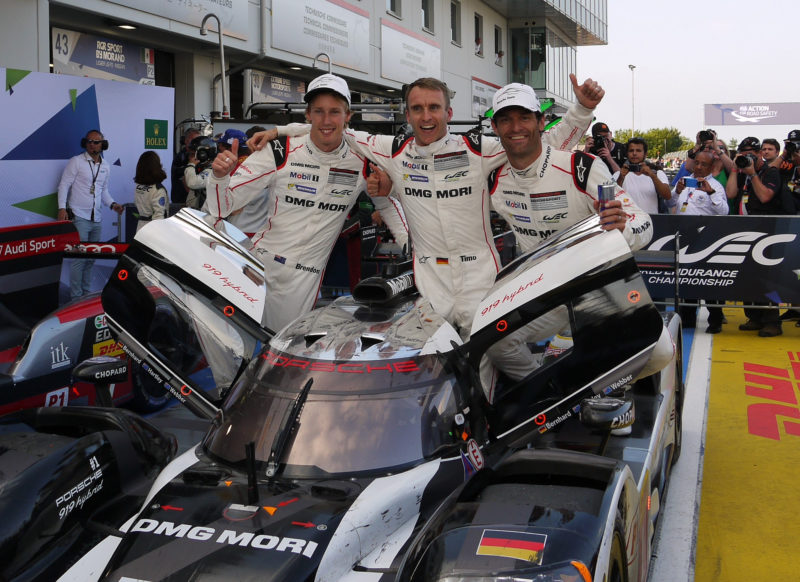 Australian driver Mark Webber has announced that he will be hanging up his boots at the end of the 2016 FIA World Endurance Championship season. Webber, who turned 40 in the summer, will compete in his final top-level competitive motorsport event at the 6 Hours of Bahrain on 19th November.

After a long and successful career in Formula 1, Webber came to the WEC as part of the all-new Porsche LMP1 squad in 2014 and has been a stalwart of the series ever since. He has recorded seven overall victories so far in the WEC and was crowned FIA World Endurance Drivers’ Champion in 2015 alongside Brendon Hartley and Timo Bernhard. A popular figure in the paddock, Webber will continue to work with Porsche behind the scenes, much like Alex Wurz at Toyota.

“Mark Webber stands for everything what Porsche implies: sportsmanship, power of endurance, straightforwardness and focused work for success. He is full of beans and always a thoughtful listener. I want to thank Mark for his great performance in the World Endurance Championship and am pleased he will remain tightly connected to Porsche in the future,” said Oliver Blume, Chairman of the Executive Board at Porsche AG.