Marino Franchitti: “We hope to be competing at the sharp end”

Fifty years on from their famous 1-2-3 finish at Le Mans, Ford are returning to the endurance racing scene. This year all eyes will be on the American manufacture as they enter the fiercely competitive GTE-PRO class. Marino Franchitti has been confirmed as a driver for the new entry and has been involved in the shakedown and testing program with the new car. WEC-Magazin caught up with the Scotsman to find out how things are going over at Ford. 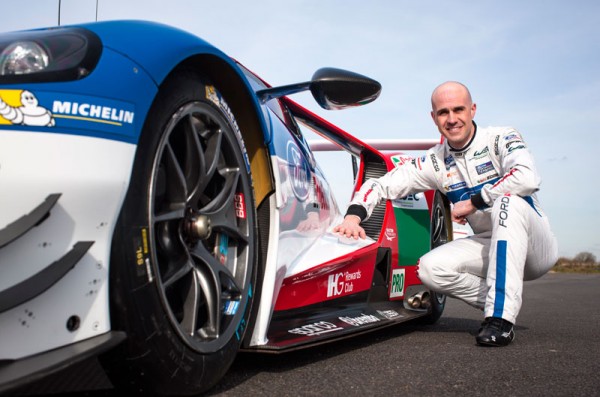 The Ford team have been doing their shakedown recently to make sure the cars are okay to begin testing. Marino Franchitti told WEC-Magazin, “You don’t learn massive amounts at a shakedown, it’s pretty much a systems check and we just make sure that everything on the brand new cars are operating as expected.” Franchitti added, “The guys did a fantastic job putting them together, we had zero issues and they both felt really good.”

Since the shakedown, the team and Marino have been testing at the Aragon circuit in Spain. Franchitti told WEC-Magazin that he had spent a reasonable amount of time in the car over the two day test, adding “we had a really good test and really got through a lot of the goals we’d set for the test.” He added, “I’m lucky in that I was involved in the development of the car last year and I felt comfortable from the first lap last year, we connected beautifully!”

Despite the new Ford GT not making its WEC race debut until Silverstone next month, the car already has race experience under its belt. Chip Ganassi Racing are also fielding two Ford GT’s in the GTLM class of the IMSA WeatherTech United Sportscar Championship. Franchitti shared “The BoP between the two championships is pretty close, so there’s a massive amount to learn from the IMSA guys and as one team, the flow of information between us is completely open.” 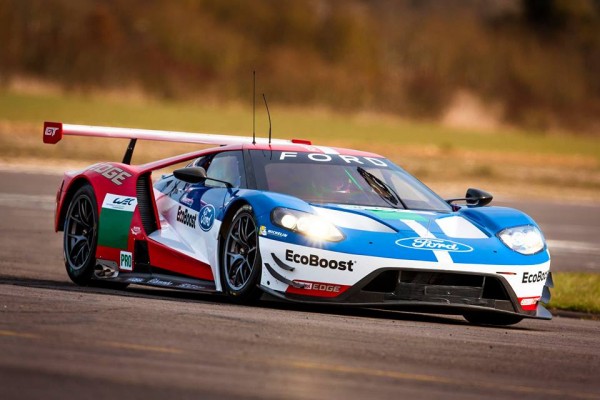 “While as a team we’re in our early stages here in Europe, the car is pretty advanced in its development and already has a 24hr race under its belt.  Having not driven since November it was nice to feel the familiar feelings of the car and to experience the progress we’ve made with the car on the IMSA side of the team.” Added Franchitti.

Although the team has already completed a 24 Hour race (at Daytona) the race was not without its problems for the new team, however Franchitti is sure that they won’t crop up again. “The issues we had at Daytona, we’d never seen before in testing and having put solutions in place, we’ve not seen them since.  I’m excited to see how the IMSA team go at Sebring, as that is the biggest challenge for a car that there is.” Admitted Franchitti.

Marino Franchitti went on to explain the team’s targets for their first race at Silverstone, explaining, “We hope to be competing at the sharp end of the race and be in with a shout of a strong result.” He continued, “It’s the teams first race so a clean and competitive outing would be a great start..”

Franchitti however is not taking anything for granted. When asked about who he sees as his main rivals for the new season, he said ” Everyone!  Everywhere I look I see rivals.”

The next race outing for the Ford GT will be in the IMSA series when it races at the 12 Hours of Sebring next weekend. The first outing for the WEC outfit and Franchitti will be at the Paul Ricard Prolouge over the Easter weekend. 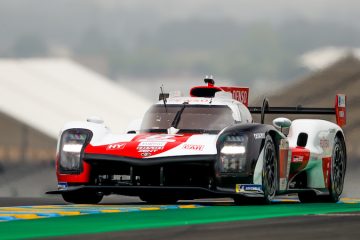 Toyota took the honours as the teams geared up for the highlight of the 2022 FIA World Endurance Championship at Le Mans Test Day. United Autosports, Corvette Racing and Kessel Racing headed up the other Read more…