Audi’s success at Le Mans and in endurance racing as a whole over the past 15 years has been unparalleled. Often it’s the drivers who receive most of the plaudits, but behind each of Audi’s all-conquering machines there is an army of mechanics and race engineers working day and night to ensure that every race goes to plan. For one, the 2016 24 Hours of Le Mans was somewhat of a swansong. 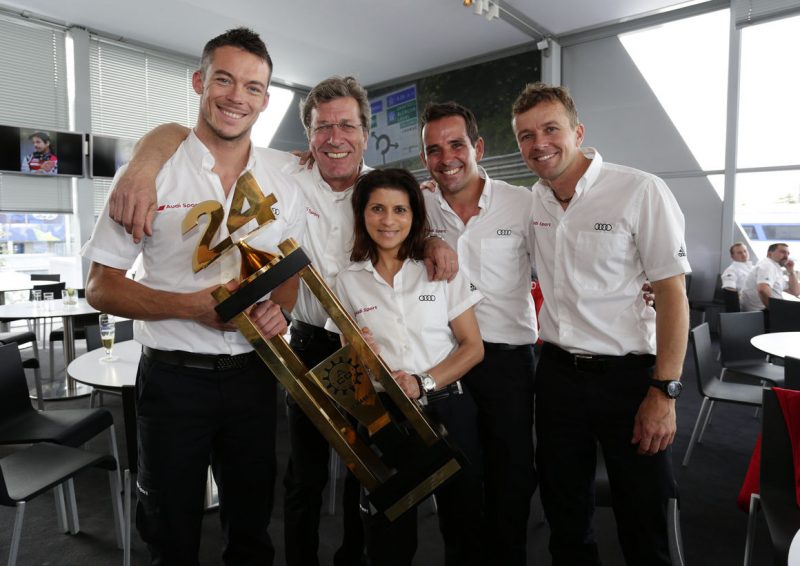 Leena Gade engineered her final race for Audi at the 2016 24 Hours of Le Mans after almost a decade of success at the German marque. Gade arrived at Audi in 2007 after a year working with the two-car Chamberlain Synergy Le Mans effort. She tasted success at Le Mans in only her second year, when the #2 Audi Sport North America R10 took victory with Gade working as a data analyst alongside Howden “H” Haynes. This race is immortalised in the original Truth in 24 film, produced by Audi.

Gade soon made the step up from data analysis to a full race engineer role, moving to the André Lotterer, Marcel Fässler and Benoit Tréyuler car for the 2011 International Le Mans Cup (the precursor to the World Endurance Championship). In one of the most exciting Le Mans races of all time, in which Audi lost two of its three cars to huge accidents, Gade stewarded the sole remaining R18 to a race victory by a margin of just 13 seconds ahead of the chasing Peugeot 908. Again, Audi documented this fantastic race in another feature-length documentary: Truth in 24 II.

The success didn’t stop there, either: Gade, together with Lotterer, Tréyuler and Fässler, would go on to win Le Mans on two further occasions, in 2012 and 2014, and secure the inaugural World Endurance Championship title for Audi in 2012.

Although somewhat reluctant in the “women in motorsport” role, Leena Gade made history at Le Mans by becoming the first female race engineer to win there. She is also the Women Engineer’s Representative of the FIA Women in Motorsport Commission, which aims to attract more female engineering talent to the motorsport arena.

This is by no means the end of the road for Gade: The Briton is set to move to Audi’s sister brand Bentley, where she will head up customer racing operations in the USA. As a goodbye present, she was awarded with the 2011 24 Hours of Le Mans trophy that the team won. There’s no doubting the huge contribution Gade has made a massive contribution to Le Mans, the WEC and motorsport in general. WEC-Magazin would like to wish her all the best for her future endeavours.