The #8 Toyota TS050 Hybrid was quickest in the first qualifying session for the 2018 24 Hours of Le Mans. Swiss driver Sébastien Buemi set the fastest lap time in Q1, 3:17.270, in the early stages of the two-hour session. 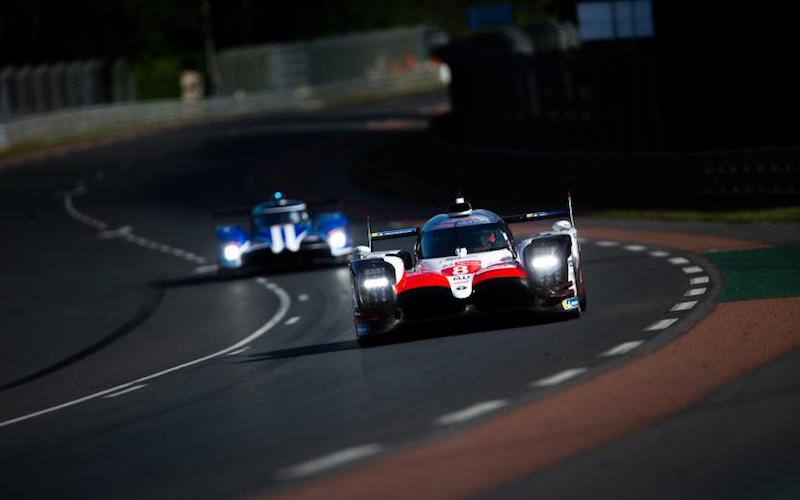 Buemi’s time was just one tenth of a second faster than the fastest time set by the sister #7 car, which took a provisional front-row grid position with a 3:17.377 by Japanese driver Kamui Kobayashi.

Qualifying 1 gave teams their first chance to set competitive lap times, and with a chance of rain for tomorrow’s two two-hour sessions, today’s times may end up setting the grid for Saturday’s 86th running of the 24 Hours of Le Mans. 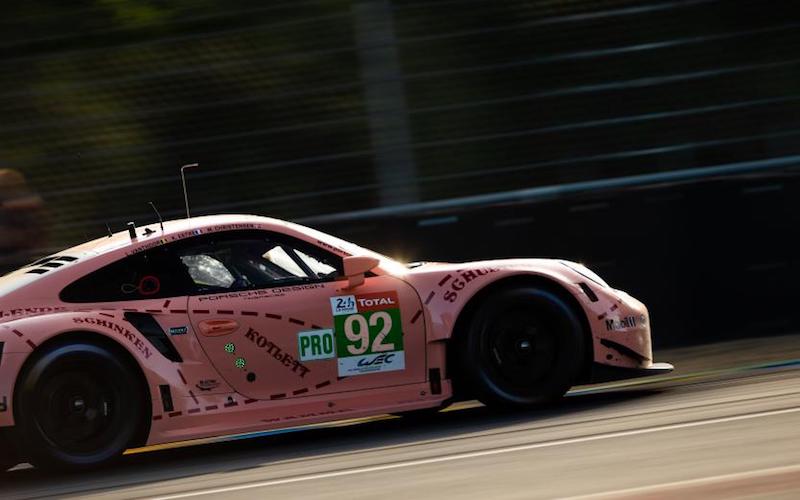 Most of the on-track action in Q1 came in GTE Pro, with a number of spins and incidents demonstrating that drivers were looking to test the limits of their cars. The #91, #92 and #94 Porsche 911 RSRs as well as the #67 Ford GT all spent time in the gravel trap after spins, but did not suffer any major damage.

Quickest in GTE Pro was the #91 “Rothmans”-liveried 911 RSR, after Gianmaria Bruni set a blistering 3:47.504 on his final flying lap of the session.

Second-fastest was the sister #92 machine of Christensen/Estre/Vanthoor but was 1.5 seconds down on the lead car. Provisional third on the grid went to the #66 Ford Team Chip Ganassi UK Ford GT.

Provisional pole in LMP2 went to the #48 Idec Sport Oreca 07 of Paul Lafargue, Paul-Loup Chatin and Memo Rojas ahead of the #28 TDS Racing and #26 G-Drive Racing Orecas.

In GTE Am, the #88 Dempsey-Proton Racing Porsche 911 RSR of Matteo Cairoli, Khaled Al Qubaisi and Giorgio Roda set the fastest time of the session, at 3:50.728, ahead of the sister #77 car of Matt Campbell, Christian Ried and Julien Andlauer.

The second two-hour qualifying session starts on Thursday at 7:00 pm.