The #8 Toyota TS050 Hybrid of Sébastien Buemi, Fernando Alonso and Kazuki Nakajima will start the 86th running of the 24 Hours of Le Mans from pole. The #8 machine secured top spot in Thursday evening’s third qualifying session after a superb lap of 3:15.377 posted by Kazuki Nakajima at the beginning of the session. 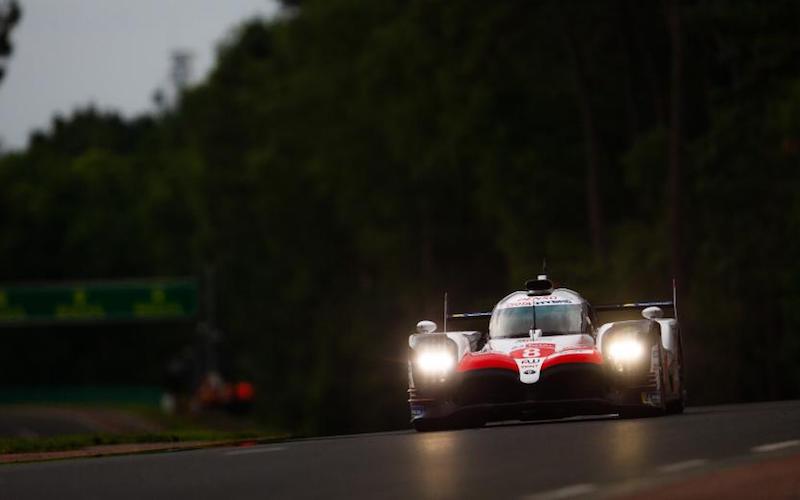 Pole in GTE Pro went to the #91 Porsche 911 RSR of Gianmaria Bruni, Richard Leitz and Frédéric Makowiecki, with no GTE runners able to better Bruni’s time of 3:47.504 posted in the first qualifying session on Wednesday evening.

Q2 began at 7:00pm local time in warm but overcast conditions, but was soon interrupted by several accidents on track of varying severity, most of which required car recovery and barrier repairs.

The first car in the barriers was the #94 Porsche 911 RSR of Sven Müller, Romain Dumas and Timo Bernhard, which careered into the tyre barriers after losing traction on the right-hander leading into Indianapolis. Müller emerged unhurt, but the car would play no further part in Thursday’s qualifying proceedings.

Other incidents befell the #67 Ford GT of Andy Priaulx, who impacted the tyre barrier at Tertre Rouge before crawling back to the pits for repairs. The session was then red flagged and drawn to a premature conclusion after the Giorgio Sernagiotto-driven #47 Cetilar Villorba Corse Dallara P217 crashed at the first chicane on the Mulsanne Straight. 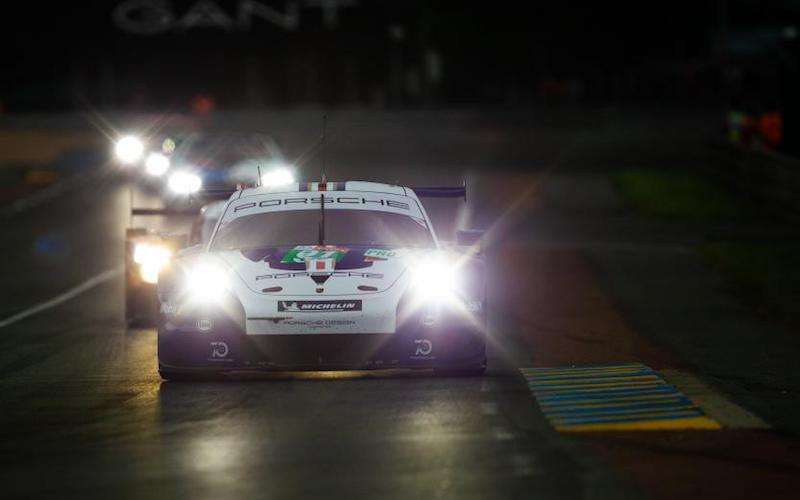 As a result of the previous session being cut short, the Race Director decided to begin the second session half an hour early. This gave the Le Mans field the chance to put in some flying laps on a clear and well-rubbered track.

Sure enough, Nakajima was let loose to set a blistering lap of 3:15.377 to secure pole for Toyota. The sister #7 car will start the race from second on the grid, with its fastest lap exactly two seconds slower than the pole-sitter.

Row two will see the #1 Rebellion Racing R13 of André Lotterer, Neel Jani and Bruno Senna start alongside the #17 SMP Racing of Stéphane Sarrazin, Egor Orudzhev and Matevos Isaakyan. The latter benefitted from the quicker times set by the #3 Rebellion car behind deleted after the Gibson-powered R13 failed to stop for scrutineering checks at pit entry.

The Lietz/Bruni/Makowiecki #91 Porsche took pole honours in GTE Pro after Gianmaria Bruni’s Q1 lap time of 3:47.504 failed to be beaten in Q2 and Q3. Starting on the front row alongside the #91 machine will be the sister #92 car of Christensen/Estre/Vanthoor.

Pole in LMP2 was somewhat surprisingly secured by the #48 Idec Sport Oreca of Paul Lafargue, Paul Loup Chatin and Memo Rojas with a best lap time of 3:24.842. Also starting on the front row for Saturday and Sunday’s race will be the Maldonado/Gonzalez/Berthon #31 DragonSpeed Oreca.

Matteo Cairoli, Khaled Al Qubaisi and Giorgio Roda proved to be the class of the GTE Am field, taking pole with a qualifying best of 3:59.728. Starting alongside the #88 Dempsey-Proton Racing Porsche will be the #86 Gulf Racing UK Porsche 911 RSR of Mike Wainwright, Ben Barker and Alex Davison. The #77 Dempsey-Proton Racing car of Matt Campbell, Christian Ried and Julien Andlauer rounded finished third-fastest to make it an all-Porsche top three.