The 86th running of the world’s most famous endurance race, the 24 Hours of Le Mans, began today under overcast skies. Toyota and Porsche started the race from pole in LMP1 and GTE Pro respectively and have retained their leads through to the six-hour stage. 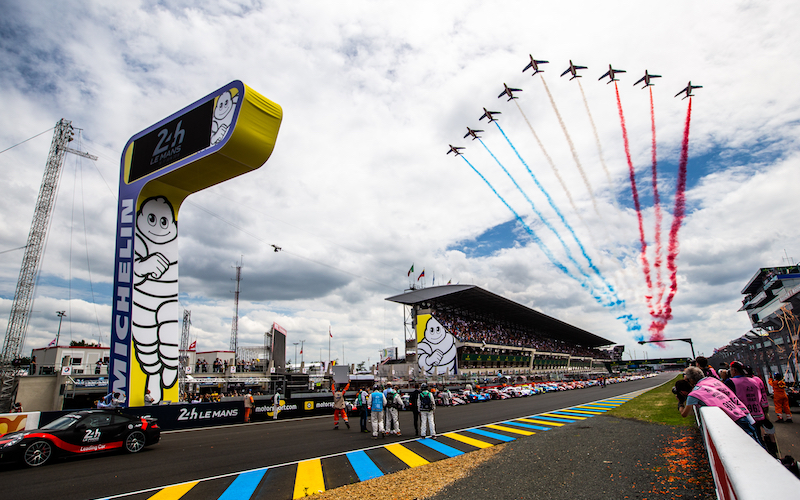 Toyota made a break from the remainder of the field as the French tricolor flew to signify the start of the race. Thanks to their additional hybrid power, the pair of TS050s were able to establish a gap over the chasing pack. Privateers Rebellion Racing and SMP Racing went on the attack but were unable to keep pace with the manufacturer hybrids.

André Lotterer, who took the start for the #1 Rebellion R13 but ended up running wide at the first turn and colliding with another LMP1 car, the DragonSpeed BR01. The entire front section of Lotterer’s car had not been fastened correctly and came loose as soon as the German driver accelerated off the start line and braked for the first turn. 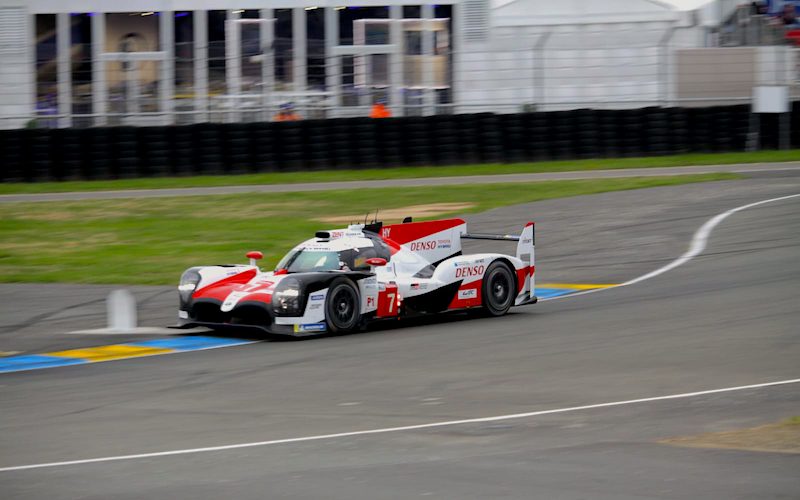 The LMP1 class split up into two distinct groups over the first quarter of the race. The #7 and #8 Toyotas were able to lead the rest of the field in Le Mans without too many issues, bar a slow puncture for the #8 machine which forced driver Fernando Alonso in for an early stop. The privateers also weren’t without their issues, with the #17 SMP Racing BR01 spending an extended period in the pits with a sensor issue. Both Rebellions also pitted for unplanned stops.

The most serious incident of the race so far involved the #4 ByKolles Racing Team ENSO CLM P1/01 of Dominik Kraihamer, Oliver Webb and Tom Dillmann. At the fast Porsche Curves section of the track, Austrian driver Kraihamer attempted to lap a slower Porsche GT car but the cars collided and Kraihamer careered into the crash barriers. The car was unsalvageable, but fortunately Kraihamer emerged from his LMP1 machine unharmed. 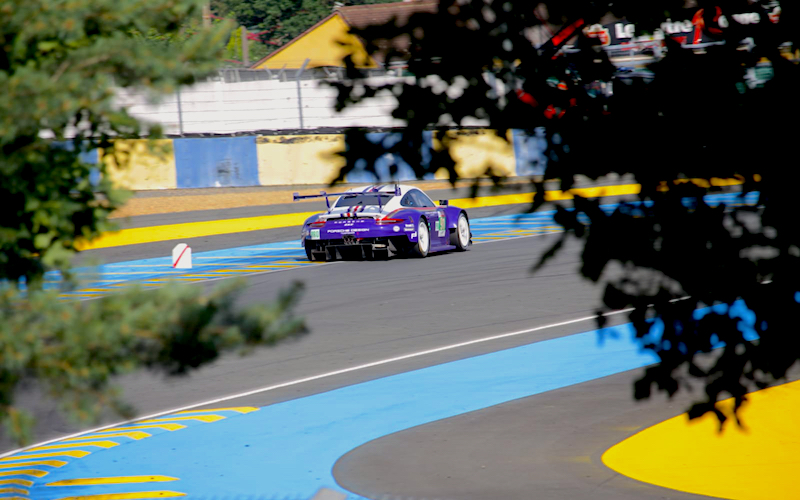 GTE Pro once again showed why it is one of the most popular forms of racing in the world, with 17 cars going all-out for the lead in the opening phase of the race in Le Mans.

Porsche began the race with a front row lock-out with its two retro-liveried 911 RSRs (#91 and #92). The Porsches had to go on the defensive on lap one, after attacks from the chasing Fords and were unable to build up much of an advantage as the race progressed.

Although the Porsches were seemingly the quickest of the GTE Pro bunch, a number of safety car phases mixed up the field, giving the BMWs, Corvettes and Fords the chance to close up. At the six-hour stage, the #91 “Pink Pig” 911 RSR leads but is under hot pursuit from both the #93 US-entered works car and the #81 BMW Team MTEK M8 GTE. 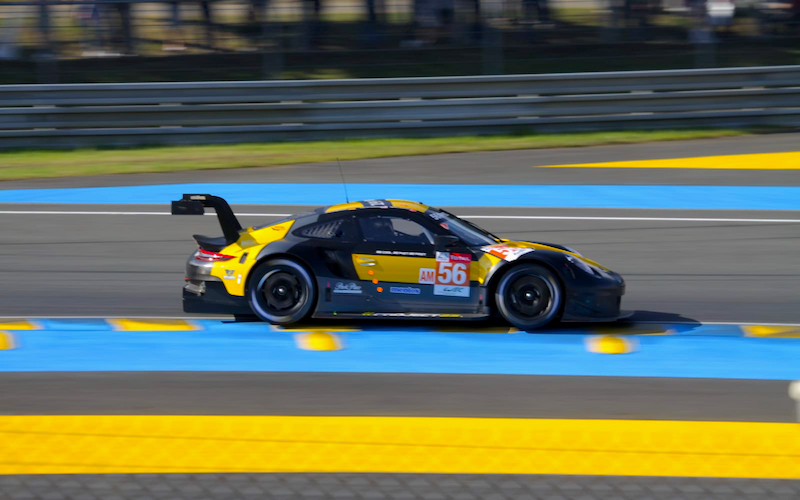 Fight for victory has only just begun

The safety car phases in Le Mans also mixed up the order in the LMP2 and GTE Am classes. The top three in each class are only separated by a couple of seconds, with no car able to establish a clear advantage.

At the end of hour six, the #26 G-Drive Racing Oreca leads LMP2 from the #36 Signatech Alpine Matmus machine and the #23 Panis Barthez Competition car. In GTE Am, the #77 Dempsey-Proton Racing holds the lead ahead of the #84 JMW Motorsport Ferrari.