The #26 G-Drive Racing Oreca 07 of Roman Rusinov, Andrea Pizzitola and Jean-Eric-Vergne has been stripped of its Le Mans victory in the LMP2 class due to a fuel-related infraction. In addition, the fellow TDS Racing-run #28 Oreca 07 of Francois Perrodo, Matthieu Vaxiviere and Loic Duval has also been excluded from the classification for the same reason. 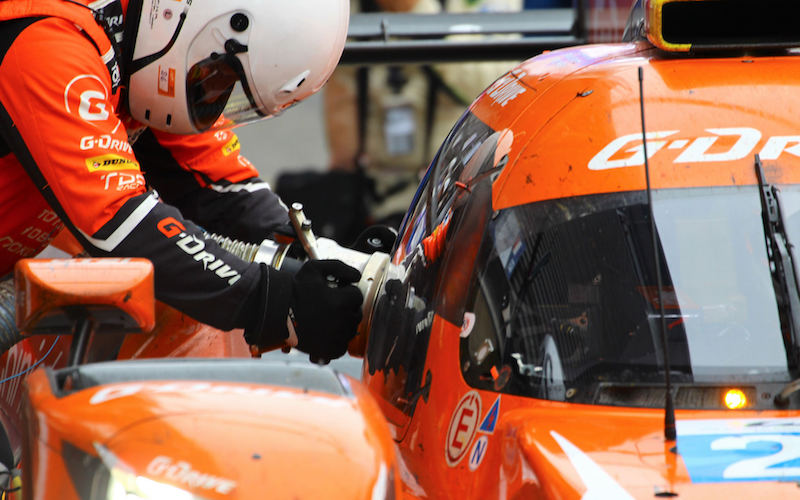 The penalty was awarded on Monday and issued as stewards’ decision 74. It describes how the refuelling rig used by both cars was non-compliant, with an “additional machined part” having been added to the system that was “designed to defeat, in part, the purpose of the fuel flow restrictor”.

TDS Racing contested that nothing in the regulations prohibits the addition of extra parts, and that the restrictor still complied with the drawing. However, the stewards ruled that this was an “act that is prejudicial to the interest of the competition” and was therefore in breach of the International Sporting Code.

The stewards noted that the team had the opportunity to have the refuelling set-up approved prior to the race, but that they “did not avail themselves of this opportunity”. Both teams have appealed against the decision.

The class-winning #26 car spent just 41 minutes and 35 seconds in the pits during the race, the shortest time of all LMP2 competitors, and was consistently around 5 to 6 seconds quicker than the second-placed #36 Signatech Alpine Matmut Alpine A470 on its regular stops.

The disqualification promotes the #36 car of Nicolas Lapierre, André Negrão and Pierre Thiriet to first position, giving Frenchman Lapierre his third LMP2 class win at the 24 Hours of Le Mans.

The #28 originally finished fourth in class, and third of the full-season FIA WEC finishers, and will lose valuable points in the championship battle together with its sister car.

G-Drive Racing has been excluded once before at Le Mans, when the LMP2 car of Roman Rusinov, Mike Conway and John Martin lost its third position in 2013 after its fuel tank was found to be non-compliant.