The 2018 24 Hours of Le Mans provided some unusual and interesting statistics for all those anoraks among us to get our teeth into. We have put together a rundown of the key facts and figures from the 86th running of the famous French endurance race 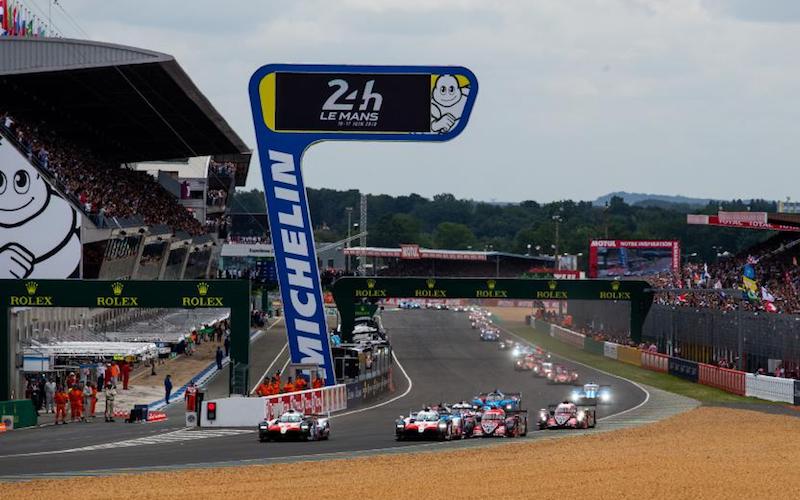 All of the class winners at the 2018 24 Hours of Le Mans had never stood on the top step of the podium, in any class, before at Le Mans. This has happened on five other occasions in the past, most recently in 1991, when Volker Weidler, Johnny Herbert and Bertrand Gachot won for Mazda overall and in the C2 class and Kiyoshi Misaki, Hisashi Yokoshima and Naoki Nagasaka took the win in the C1 category for the Euro Racing / Team Fedco in a Spice SE90C. It also happened in 1924, 1928, 1938 and 1950 (there were new winners in 1923, but this year does not count as it was the inaugural 24-hour race).

Much has been written about Alonso’s quest for the Triple Crown of motorsport, but Porsche driver Laurens Vanthoor completed his own “triple crown” at the weekend. He has now won each of Europe’s classic 24-hour endurance races: the 24 Hours of Spa, the 24 Hours of the Nürburgring and the 24 Hours of Le Mans.

The Le Mans victory may not be an overall win, but considering LMP cars are not able to enter the other two races, we feel Vanthoor’s achievement is still worthy of a mention. All of his victories came in the top category of GT racing.

Others to achieve this feat include Marc Lieb, Hans-Joachim Stuck (both of whom have overall and GT wins to their names) and Jean-Michel Martin, father of current Aston Martin Racing driver Maxime Martin.

GTE Am winner Julien Andlauer is the youngest driver ever to record a victory of any kind at the 24 Hours of Le Mans.

Porsche wins in GTE Pro and GTE Am were their 107th and 108th class wins respectively at the 24 Hours of Le Mans.

Alonso only second Spaniard to win

Fernando Alonso is only the second Spanish driver in history to win the 24 Hours of Le Mans, after Marc Gené in 2009.

Fernando Alonso moved one step closer to completing the Triple Crown of motorsport with victory at Le Mans. He joins Tazio Nuvolari, Maurice Trintignant, Bruce McLaren and Jochen Rindt with wins at the Monaco GP and at the 24 Hours of Le Mans. Juan Pablo Montoyta has wins in Monaco and in the Indianapolis 500 to his name, while AJ Foyt has won at Indy and at Le Mans. Graham Hill is the only driver to have won all three.

This reporter walked a total of 55.4 kilometres over the course of four days.