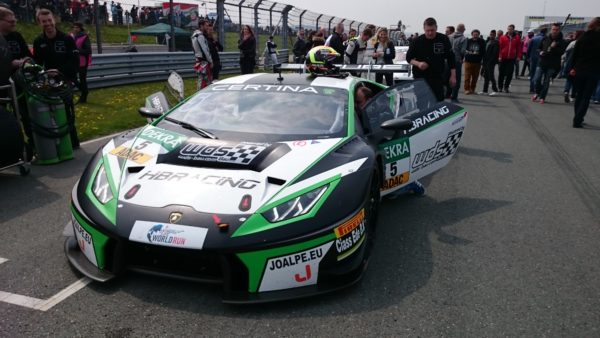 Ford’s return to the endurance racing fold appears to be attracting other manufacturer interest in the WEC. The Blue Oval’s victory at Le Mans only strengthened this interest, with Italian sportscar manufacturer Lamborghini the latest to dip its toe in the water.

As reported by motorsport.com, the Italian constructor Lamborghini is interested in joining the World Endurance Championship with a GTE concept in 2018. New CEO Stefano Domenicali, previously of the Ferrari F1 team, appears to be the driving force behind the move. Now owned by the Volkswagen Group, Lamborghini last competed in the top echelons of motorsport as an F1 engine supplier in the early 1990s.

Lamborghini already pursue an extensive GT3 programme, including works-supported customer racing for the likes of Reiter Engineering (ADAC GT Masters) and Konrad Motorsport (IMSA WeatherTech SportsCar Championship). In addition, Lamborghini also runs single-make Super Trofeo championships around the world. The next step up would appear to be the development of a homologated GTE model able to be entered in the FIA WEC, where GT3 machines are currently not permitted to compete.

A design concept for a Huracán GTE is rumoured to be in development, with the final model potentially unveiled in 2017. The return of a full works Porsche GTE programme in 2017 and suggestions that Corvette Racing may be considering a WEC programme – perhaps in the hands of long-time Corvette customers Larbre Competition – could push the number of factory GTE teams to six by 2018.