The battle to be crowned the first ever FIA World Endurance Champion for GT Drivers reaches an exciting climax on Saturday, with four driver pairings still in with a mathematical chance of lifting the inaugural FIA championship. 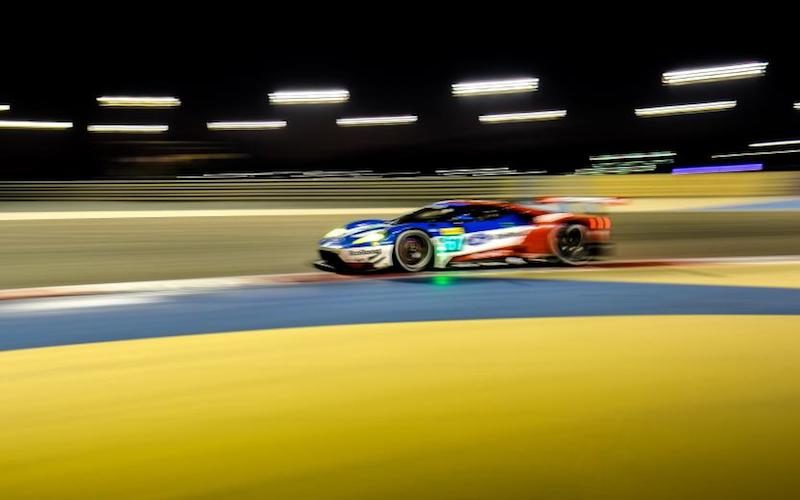 AF Corse drivers James Calado and Alessandro Per Guidi hold the advantage at the head of the championship battle, but lead the Porsche pairing of Richard Lietz and Fred Makowiecki by just two points going into the final round. Back in third position, just seven-and-a-half points back on Lietz and Makowiecki are Ford drivers Andy Priaulx and Harry Tincknell, who lost their championship lead due to a 13th-place finish at Fuji two rounds ago.

With the gaps between the teams so tight, the leading three driver pairings theoretically have everything in their own hands when it comes to Saturday’s six-hour showdown. “We need to go to Bahrain and win,” Tincknell said. “There are 7.5 points between us and the Ferrari drivers and you get 25 for a win, 18 for second and a point for pole. If we get pole position and the win we’ll be world champions.”

Indeed, the single point awarded for qualifying could be absolutely crucial come Saturday evening: If Ferrari, Porsche or Aston Martin deny Ford the pole position, #67 Ford would need to win and hope that the #51 Ferrari finishes lower than second. If drivers from different teams were to finish on equal points, Calado and Per Guidi would hold a decisive advantage in that they have already recorded three wins this season compared to none for Lietz/Makowiecki and two for Tincknell/Priaulx and so would take the title on count-back.

Going to Bahrain leading with a 2 point advantage in the World Championship. Been an amazing year so far, one final push and looking forward to the big battle. Pleasure to be fighting the best drivers in GT @FIAWEC @Ale_PierGuidi @FerrariRaces @AFCorse #undefeated488 #ferrari