Fresh off the press! 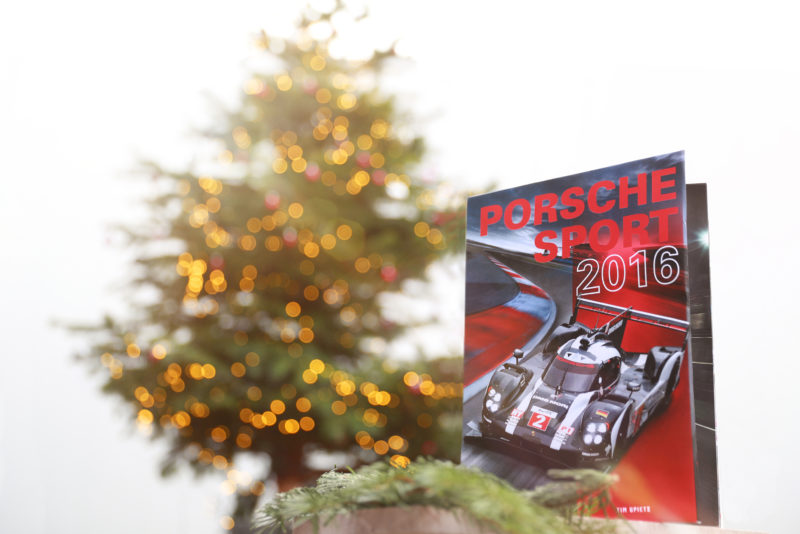 For many fans, the annual Porsche Sport book is one of the first gifts on the Christmas list. This year is the 24th edition of the classic annual, but this time things are a little different. Here at WEC-Magazin we have tried something new and got together with Gruppe C Motorsport Verlag for the 2016 edition. The result is a detailed record of one of Porsche’s most successful motorsport seasons.

Spanning 288 pages, the Porsche Sport 2016 book offers everything a Porsche fan could wish for. It contains reviews of all Porsche Supercups, Carrera Cups, the GT3 Cup Challenges and the Mobil 1 Supercup. What’s more, it also offers a comprehensive look back at the FIA World Endurance Championship, the IMSA WeatherTech Sportscar Championship, the ADAC GT Masters and some of the most-important endurance races in the world. The detailed reports are accompanied by some 900 high-resolution photographs from some of the best photographers in motorsport, as well as comprehensive statistics for each series and race.

Reports on the WEC, IMSA and ADAC GT Masters races have been penned by our very own team of editors. Other highlights include a portrait of Mark Webber and exclusive reviews of the 24 Hours fo Le Mans and the Daytona 24 Hours.