FP2 another story of Porsche domination

The second free practice session at this weekend’s 6 Hours of Silverstone was another story of Porsche domination, with the defending champions Mark Webber and Brendon Hartley setting the fastest times of the session in the #1 Porsche 919 Hybrid. 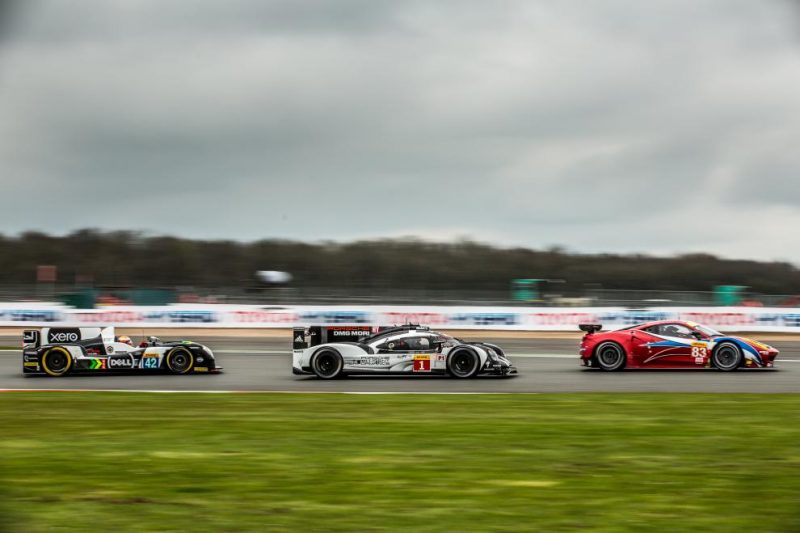 New Zealander Brendon Hartley was the fastest man of the weekend so far in the #1 Porsche 919 Hybrid in Friday afternoon’s second free practice session for the 6 Hours of Silverstone. The Kiwi set a time of 1:39.655 on his and the car’s second lap of the session, a time just one tenth short of last year’s pole (1:39.554, also recorded by Hartley). The #2 Porsche was second fastest, with Romain Dumas recording a lap of 1:41.344 also on his second lap of the afternoon before the rain once again swept across the Northamptonshire countryside.

Loic Duval in the #8 Audi R18 came within a tenth of the #2 Porsche, while the #6 Toyota Gazoo Racing TS050 was another tenth of a second down the road with a fastest lap time of 1:41.523. Rebellion Racing recovered from their FP1 issues to post the fastest three times in the LMP1 privateer class. Mathéo Tuscher went quickest with a 1:46.428.

In LMP2, Strakka Racing topped the timesheets in FP2 at their home race, with Johnny Kane going almost a second quicker than René Rast in FP1 with a 1:49.632 on the penultimate lap of his 15-lap stint. The #44 Manor Oreca 05 impressed in FP2, with WEC rookie James Jakes finishing the session in second with a time of 1:49.696. Signatech-Alpine rounded out the top three wth a best of 1:49.757 by Gustavo Menezes. With just over a second separating the top seven in class, tomorrow’s qualifying should provide an edge-of-the-seat battle for pole.

GTE Pro was once again dominated by Ferrari, with the #51 of Gianmaria Bruni and James Calado recording a fastest time of 2:00.107. This time Calado went quickest, beating Bruni’s FP1 best by almost a full second, albeit in dryer conditions. The sister car of Davide Rigon and Sam Bird was once again in second, but this time only two tenths down on the #51 machine. Defending drivers’ champion Richard Lietz put the #77 Dempsey-Proton Racing Porsche 911 RSR in third place with a quickest time of 2:01.314.

The two Ford GTs failed to match the Ferraris and the Porsche on absolute pace on the American team’s European debut, finishing the session around 2.5 seconds down on Calado’s time. However, today’s practice sessions will have predominantly been about gathering data for Sunday’s race.

In GTE Am, the all-British #86 Gulf Racing Porsche 911 RSR of Mike Wainwright, Adam Carroll and Ben Barker bettered their second place in FP1 by going fastest in the second session. Carroll’s 2:02.081 on lap 8 of his stint would have put the year-old car fourth on the GTE Pro time sheets. The #98 Aston Martin Racing machine of Paul Dalla Lana, Mathias Lauda and Pedro Lamy enjoyed better luck in FP2 after struggling somewhat earlier on in the day, with Lamy recording the car’s best lap of 2:02.788 towards the end of the session.

For the full list of times, visit fiawec.alkamelsystems.com. Free Practice 3 starts at 9:00am local time on Saturday morning. 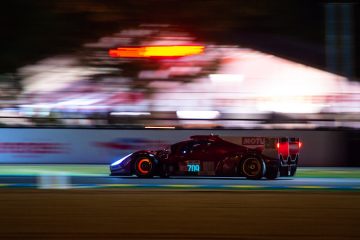