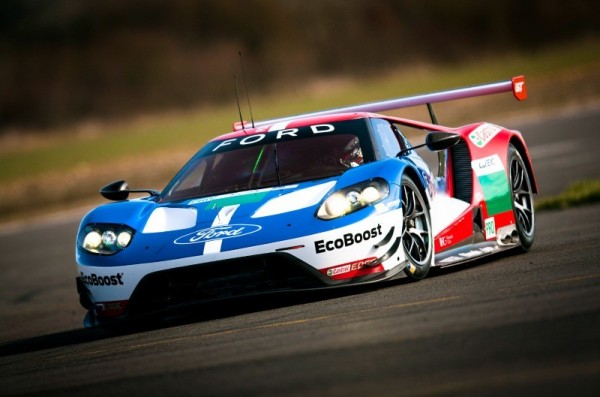 Ford Chip Ganassi Racing have revealed their full driver line-up for their four-car assault on the 2016 Le Mans 24 Hours. Ford will be doing all in their power to win at La Sarthe in June, 50 years since their famous overall victory, and has enlisted the very best driving talent to achieve this aim.

At the wheel of the #67 Ford GT will be full-season WEC drivers Marino Franchitti and Andy Priaulx and former Nissan LMP1 driver Harry Tincknell. Joining the #66 WEC squad of Stefan Mücke and Olivier Pla will be – somewhat surprisingly – American Billy Johnson, currently a test and development driver for Multimatic but with a wealth of experience in GT and prototype machinery in the US.

Also over from the US will be the two IMSA Weathertech Sportscar Championship entries, the #68 and #69 cars. Current Indycar star and erstwhile Peugeot LMP1 driver Sébastian Bourdais set to join the #68 driver squad of Joey Hand and Dirk Müller, as he will at this weekend’s 12 Hours of Sebring, too. New Zealander Scott Dixon is the final piece of the puzzle, joining Richard Westbrook and Ryan Briscoe in the #69 machine.

“We are pleased to have a very strong driver line-up for our return to the Le Mans 24 Hours,” said Raj Nair, Ford executive vice president and chief technical officer, Global Product Development. “We’ve assembled a talented and experienced team on all fronts and we are all focused on creating a new chapter in Ford’s history at Le Mans.”