Today the ACO released a number of aerial photos showing the extensive building work carried out at Arnage corner at the Circuit de la Sarthe. 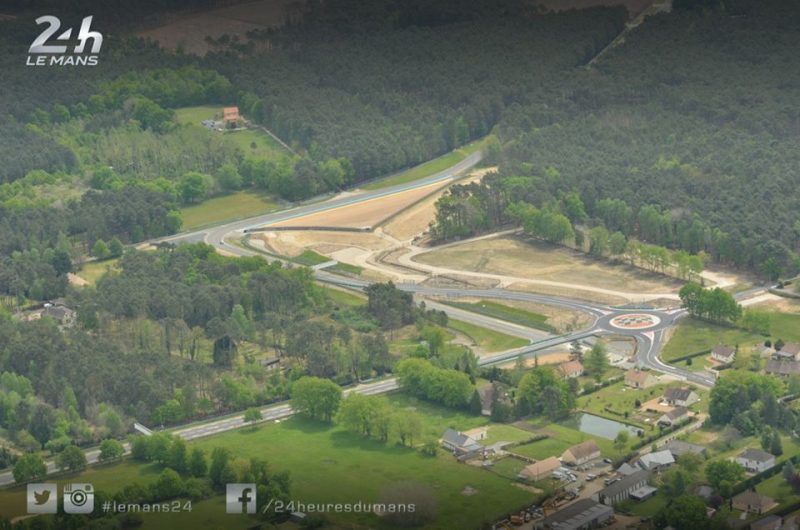 The works were aimed at eliminating the four-way junction between the D140, the road from Mulsanne to Arnage, and the D139, which forms the section of the track between Arnage and the Porsche Curves, which has proven to be an accident black spot for day-to-day traffic.

The solution has been to build a roundabout just south of the existing junction, while preserving the famous corner at the same time. It’s unclear how spectator access will be affected at this year’s 24-hour race, but the work has almost certainly reduced the capacity of the Arnage campsite. 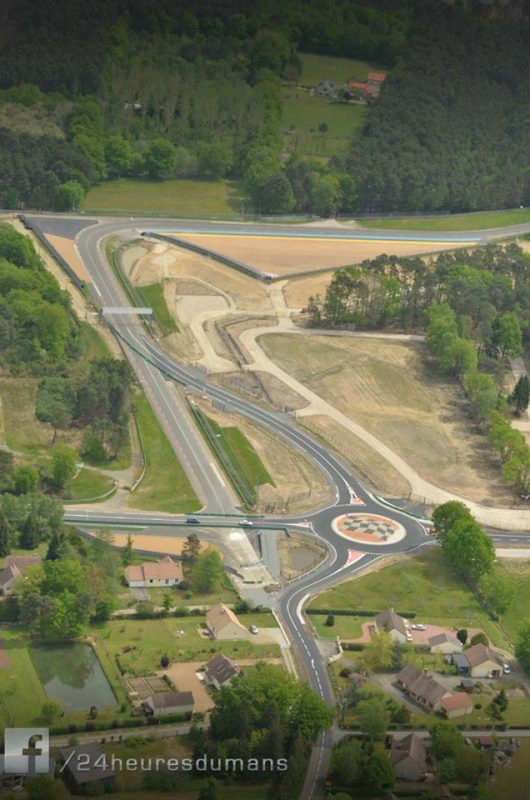 Also gone is the famous banking overlooking Arnage, the slowest point on the circuit and popular viewing area for spectators – especially during the night when the brake disks are glowing. However, this spectator area has seemingly been replaced by an enclosure on the outside of Indianapolis, previously out of bounds to spectators, offering a view of the cars as they race down from Mulsanne Corner.

The work will have certainly erased some of Arnage’s charm, with the steep banking and spartan facilities harking back to the Circuit de la Sarthe’s earlier days, but – as in the case of previous track works – it may very well improve the experience for spectators.

Now the complex looks unrecognizable. I can’t even tell if that’s part of a racetrack.