The GTE class is set for a new look for 2016, with Porsche set to step out of the class. Ford stepping in, and the most successful GTE class in the WEC’s history, the Ferrari 458 Italia, will be replaced. This weekend, Ferrari formally showed off the new Ferrari 488 for the first time. 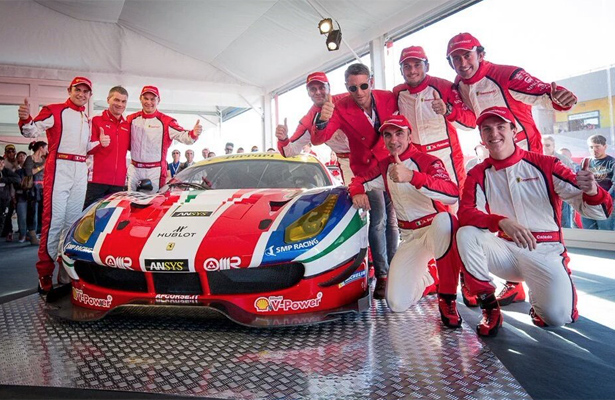 Ferrari took advantage of their World Finals event at Mugello to present the new 488 race cars in both GTE and GT3 specification. The GTE car, which will race in the WEC next season, will be powered by a 3.9 liter twin-turbocharged V8.

Despite Ferrari providing a new car, AF Corse will continue to run the team and in the GTE-PRO class, the drivers will stay the same. Rigon and Calado will run in the #71 car, while Vilander and Bruni will continue to campaign in the #51 car. The GTE-AM entry is set to continue, however information on that side of the Ferrari effort is yet to be confirmed.

The new car is expected to make it’s race debut in the Rolex 24 Hours of Daytona in January.

The next Ferrari that will dominate the GT classes….so long 458, you were great…