Ferrari domination at Silverstone in GTE 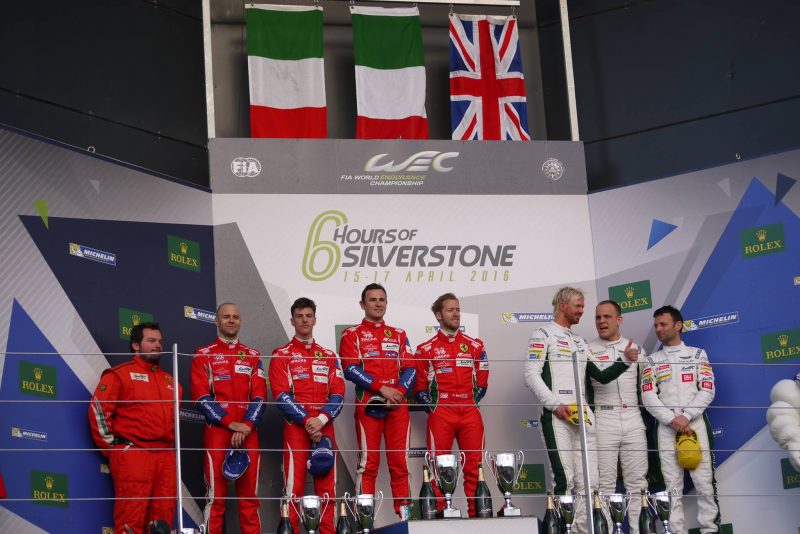 The 6 Hours of Silverstone was a story of Ferrari domination in both GTE Pro and GTE Am, with AF Corse recording victory in both classes. Compared to the frantic prototype battles up ahead, the GTE classes were an ocean of calm. The #71 Ferrari 488 of Sam Bird and Davide Rigon took a lights-to-flag victory for AF Corse in GTE Pro, while the #83 AF Corse 458 Italia continued its impressive end-of-season form last year with victory in Am.

Rigon and Bird were relatively comfortable up ahead for the entire race, suffering no issues of note on the way to a dominating victory. The real story came in the shape of the #51 AF Corse machine of Gianmaria Bruni and James Calado. After problems in qualifying saw the AF Corse team have to change the Ferrari’s engine before the race, the #51 not only started the race from the back of the grid, they also had to complete a mandatory three-minute stop-go penalty on the first lap of the race as a result of the engine change. 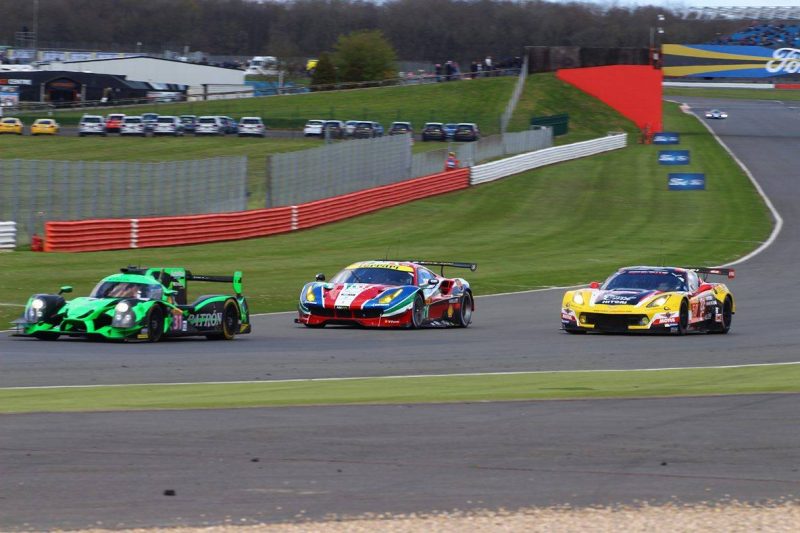 This kicked off a rip-roaring charge through the GTE field, with Bruni and Calado carving up all before them. A lap down on the second-place #95 Aston Martin at the halfway stage, Bruni and Calado made up two whole minutes to catch and pass the #95 car with just thirty minutes of the race remaining.

Elsewhere, it was a story of attrition. The #77 Dempsey-Proton Porsche 911 RSR suffered a catastrophic right-front tyre failure on lap 61, ending any chances it harboured of race victory. The same failure also went on to affect the #78 and #88 GTE Am Porsches, which may see serious questions being asked at Weissach. 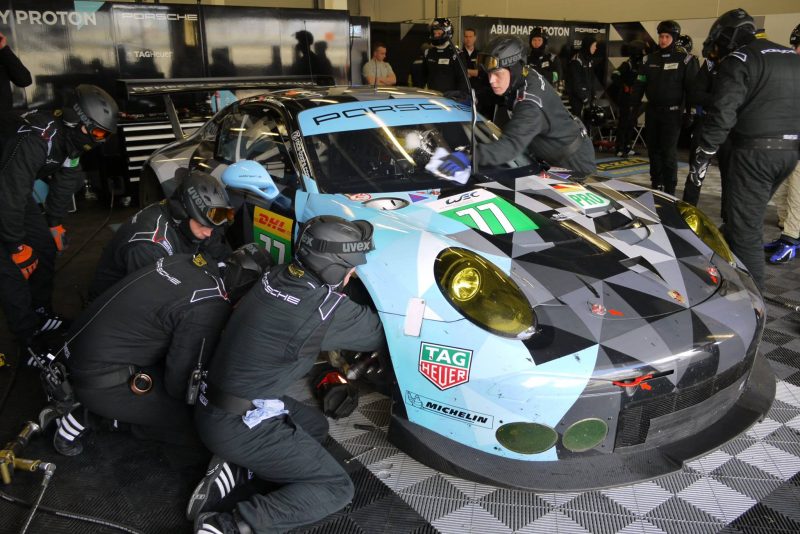 Ford Chip Ganassi Team UK had a day of positives and negatives, with both cars showing good pace and taking the chequered flag without too many issues. Fourth and fifth positions won’t be the benchmark for the Ford GTs, but their minds are clearly on the 24 Hours of Le Mans in June. Andy Priauxl declared that the team were happy with where they were in respect of the competition.

In GTE Am, the two Porsches entered by Abu Dhabi-Proton Racing and KCMG made the early pace and looked to be on for solid podiums after the first couple of hours. However, the aforementioned suspension issues put paid to their hopes and handed the class victory to the #83 machine. In second was the #98 Aston Martin Racing car of Dalla Lana/Lauda/Lamy, which benefitted from the failure on the #78 KCMG car just ten laps from the finish. KCMG’s travails also lifted the #50 Larbre Competition Corvette up to third and a podium spot.