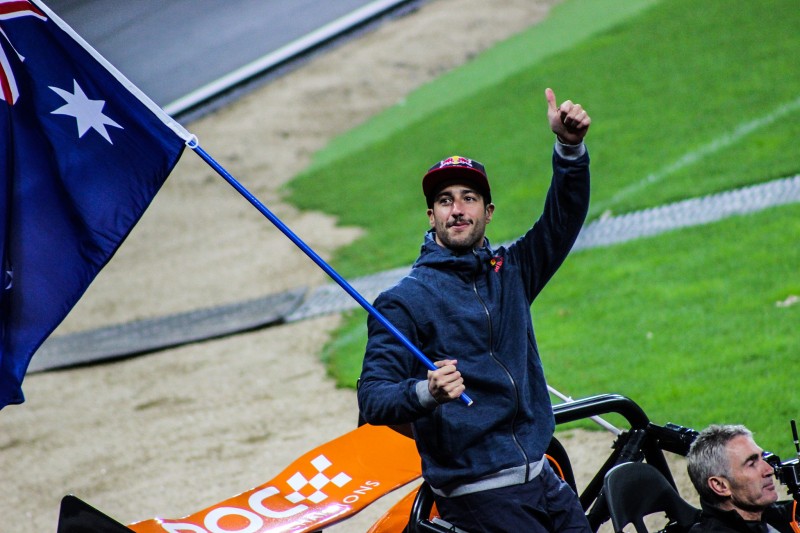 Long considered the top step of the motorsport ladder, Formula 1 has found itself dogged by politics, Mercedes dominance, the importance of financial backing and tyre problems. Many young single-seater drivers have been forced to look elsewhere, such as the WEC, to progress their careers. In 2015, Nico Hülkenberg became the first current Formula 1 driver to race at Le Mans for some years. His victory in the #19 Porsche 919 Hybrid certainly raised some eyebrows in the F1 paddock.

Now, Daniel Ricciardo is the latest F1 driver to express his interest in the classic endurance race. In an interview with Auto Action, the Australian admitted that he had some opportunities to do the race last year, but he decided to focus on his Red Bull career instead. However, like Alonso, Magnussen and Button before him, Ricciardo is targeting a Le Mans drive at some point in the future: “I guess the beauty of Le Mans is it can happen 10 years from now. It doesn’t need to be done today.” Ricciardo would be following in the footsteps of fellow Aussie Mark Webber, who became a World Drivers’ Champion in 2015 with Porsche.

Ricciardo joins a long list of current F1 drivers who have admitted that they would be keen to race in LMP1 in the future. Fernando Alonso’s desires to race at Le Mans have been perhaps the worst-kept secret in the world of motorsport. Indeed, the Spanish driver came to La Sarthe to wave the tricolore and signal the start of the 2014 race. Kevin Magnussen also revealed earlier this year that he wanted to race at Le Mans with his father in a Corvette C7R, plans which were ultimately scuppered by his McLaren commitments. Jenson Button, too, has been strongly linked with an LMP1 drive, although he has recently resigned with the McLaren team.