The European Le Mans Series returned after the 4 Hours of the Red Bull Ring and a vacant month of August for the penultimate round of the championship at Paul Ricard in France. We take you though the race. 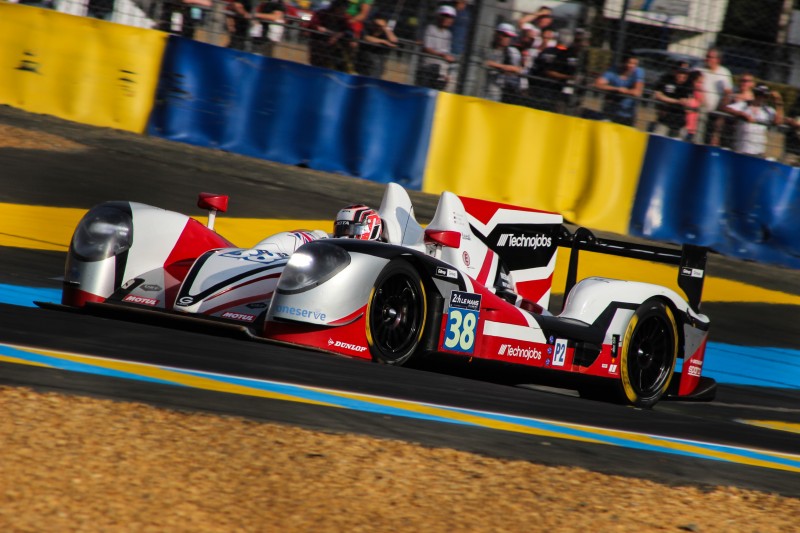 The race started in dramatic fashion when the pole sitting Jota Sport car of Simon Dolan was swamped at turn one. Leo Roussel was the leader on the exit of turn 1 in his Pegasus Racing machine, however come the end of the first lap it was the pair of BR-01’s in the lead, the #21 car of Mikhail Aleshin ahead of the #20 of Nicolas Minassian.

Once the race began to settle ever so slightly after the chaos of the start, Simon Dolan, down in 5th position, began to push the Thiriet by TDS ORECA 05 of Ludo Badey for 4th, after the #46 car took the position at the second corner after controversially using the run off area. 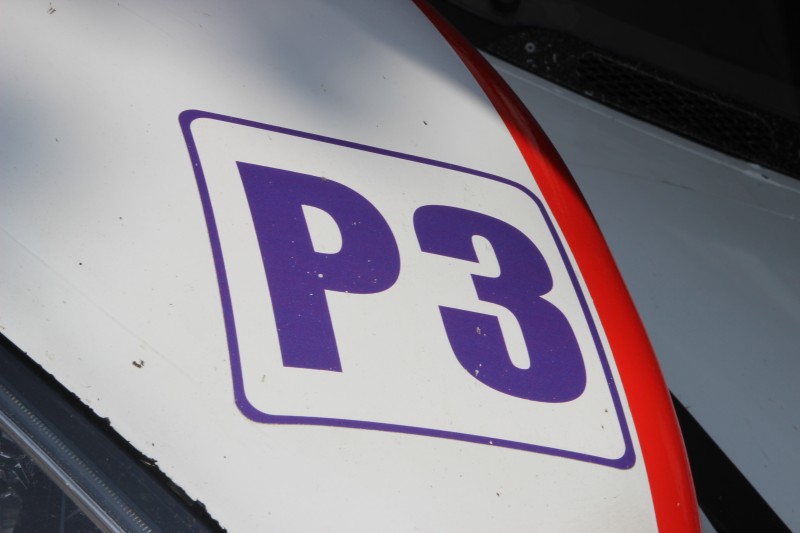 In LMP3 Charlie Robertsen led the early stages before his LNT team mate Gaetan Paletou took the lead in his Ginetta.

Back up in LMP2 it only took 15 minutes for the Jota to get back past the TDS ORECA which had to let the Jota and Greaves cars past after it was deemed to have gained an unfair advantage after it’s early race corner cutting.

Meanwhile in GTE the AF Corse were leading on the road with Aaron Scott who was locked in battle with the Formula Racing Ferrari of Johnny Laursen. Contrasting fortunes for the #51 AF Corse Ferrari of Peter Mann went for a quick spin, before re-joining lower down the order. 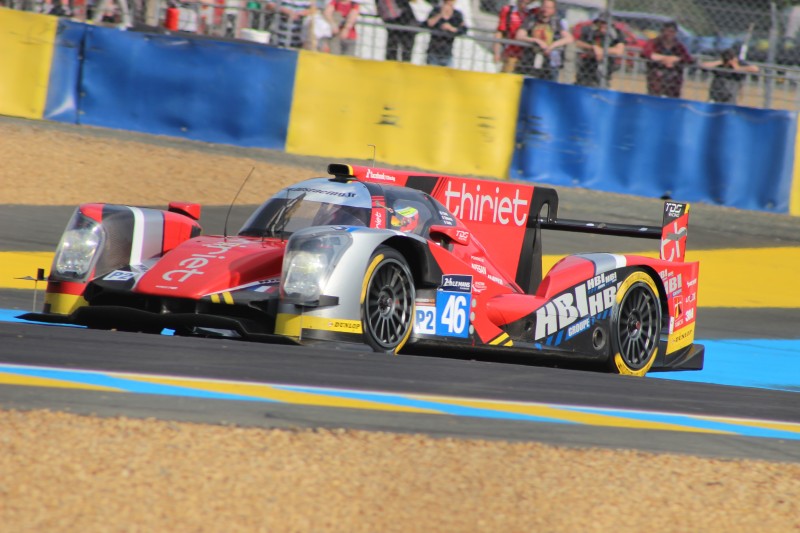 Bad news continued for Ludo Badey after he was forced into the pit lane early with an issue with a wheel made him loose pace. Meanwhile on the lead lap of LMP2, Simon Dolan began challenging Roussel in his Morgan for third place. This was great news for the Jota squad as they would be out scoring their nearest championship competitors of Thiret by TDS and Greaves Motorsport.

The pit stops we formal but as always had an impact on the order. In GTE Talkanitsa Jr did not take his stop, meaning that he took the lead of the class in his AT Racing Ferrari, although on worn rubber.

In LMP3, GT Academy winner Gaetan Paletou, took the lead in his LNT Ginetta, however a spin on the exit of turn 6 just 10 minutes into the second hour left the #2 car stationary and dropping down the order, handing the lead back to the early leader, Charlie Robertson.

Paletou’s spin brought out the safety car, which as ever, closed up the field in every class. The LMP2 field’s order was Mikhail Aleshin, ahead of Nicolas Minassian in an AF Racing 1-2. Simon Dolan was still third but much closer to the pair of BR-01’s courteous of the safety car. 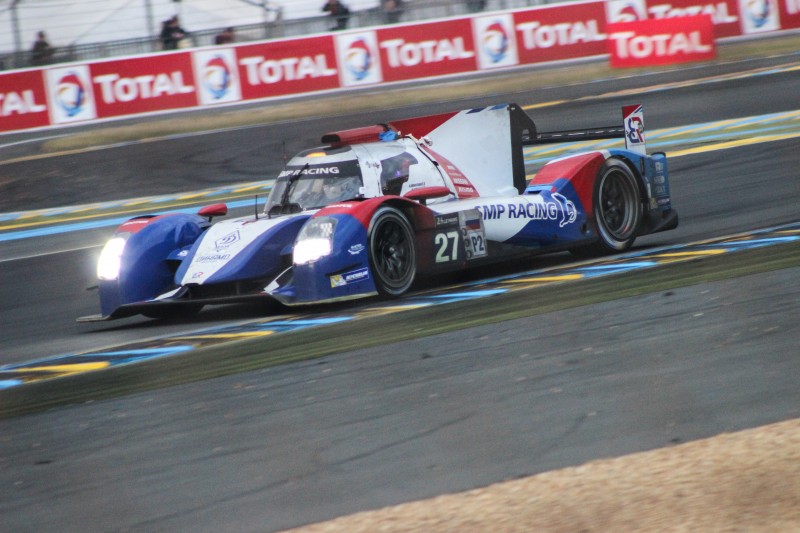 LMP3 began to look like it was being dominated by Charlie Robertson. The #3 Team LNT car sat in 11th position over all with it’s nearest competitior down in 19th overall.

As the safety car was pulled in and the race was resumed it was Formula Racing ahead of the charging Marc VDS BMW, now with Andy Priaulx behind the wheel. Proton Competition held third position in their Porsche 911 RSR

In GTC BMW led Ferrari and Ferrari. The TDS run BMW led the class 5 laps off the pace with the two GT3 Ferrari’s close behind.

With 2 and a half hours to go in the race, both of the BR-01’s jumped into the pits leaving Simon Dolan in the lead in his Jota, but locked in battle with the Greaves Motorsport Gibson. A slight mistake for Dolan toward the start of the lap saw him spin on his own and hand the lead of the race to Gary Hirsch in the Greaves car. However, Dolan got away without damage and to much time lost in his Jota. 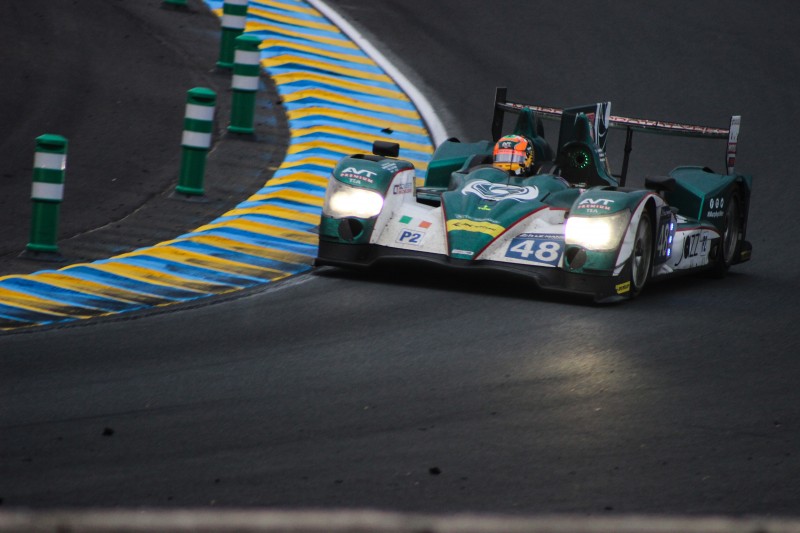 As the race neared the half way stage, pit stops took place again. It was a stop in LMP3 for the lead car which saw Charlie Robertson get out of the leading Ginetta and hand over driving duties to Sir Chris Hoy at the head of the class.

Also in the stops, Simon Dolan jumoed out of the #38 Jota and handed it to Audi Factory driver, Filipe Albuquerque. The man from Portugal began a charge for the race lead as soon as he was aboard the car. He jumped the two BR-01’s and began to challenge the leading TDS Oreca 05, which was still out of sequence thanks to its early stop.

The Safety car made another appearance as thinks went from bad to worse for the Murphy Prototypes squad. Bodywork flew off at high speed forcing the car into a huge spin and out of the race. All of this came after the same car had a smaller spin not to soon before the race ending one. At the same time there was a stop go penalty for car #88 of Proton Competition, due to exceeding track limits.

It took until just over an hour to go for the Jota car to hit the lead of the race as the #46 TDS car came into the pits. The ORECA came out the pits just behind the #21 BR-01 of Victor Shaytar in a battle for second position. After a few laps of trying and not managing to make it past the #21, the #46 car soon had a challenge mounted on it from the Greaves Motorsport car of Jon Lancaster. 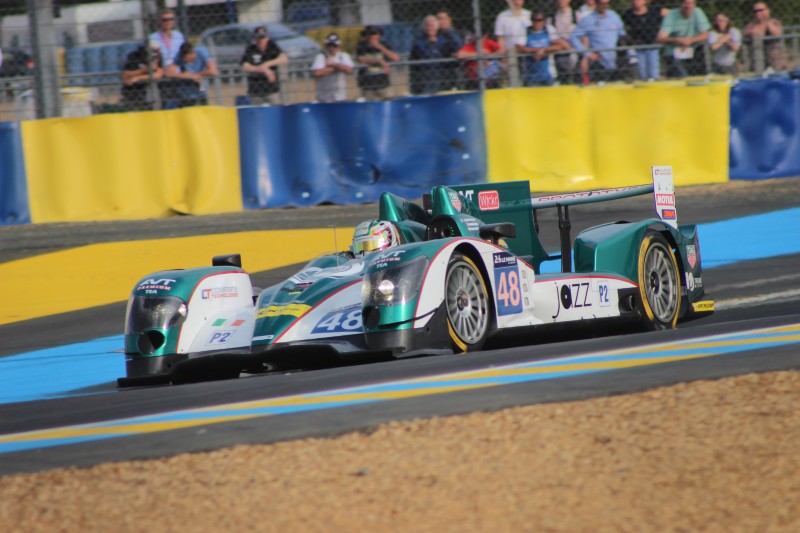 This led to a fantastic battle for second place. Thiriet got caught behind the #56 Ferrari which Lancaster used brilliantly to block the TDS car, and allow him to go around the outside for third position at turn 11. Lancaster then wasted no time slipping past the BR-01 of Shaytar and into second place. This then left the battle for third to continue. It took just two more laps for Pierre Thiriet to get past into third, before Shaytar brought the car into the pits from fourth, and handed it to Kirill Ladygin.

Second soon became first for Jon Lancaster when the #38 Jota came into the pit lane for its final stop with just half an hour to go. Harry Tincknell climbed aboard the Gibson. The Brit came back out in second place just a minute off the lead. However, this was made possible after a trip into the garage halted the progress of the #46 TDS by Thiriet car. However, after dropping down to sixth, it came out the pits just as Jon Lancaster was coming in for his final stop from the lead. This handed the lead back to Jota with just a four second gap back to the Greaves Motorsport car.

With just 10 minutes to go, Richard Bradley hit trouble in the #33 car. A left rear failure left the car un drive-able, and the LMP2 Le Mans winner forced to abandon the car at a frustratingly late stage.

Harry Tincknell seemed to be untouchable once he was in control of the #38 Jota. The Nissan factory driver pulled out a lead which seemed to get bigger and bigger with every lap. At the flag, it was victory for Jota after 123 laps ahead of Greaves Motorsport by 30 seconds. AF Racing’s #21 BR-01 was a further 5 seconds back from that. The second of the BR-01’s came home in fourth ahead of the Krohn Ligier in fifth position. 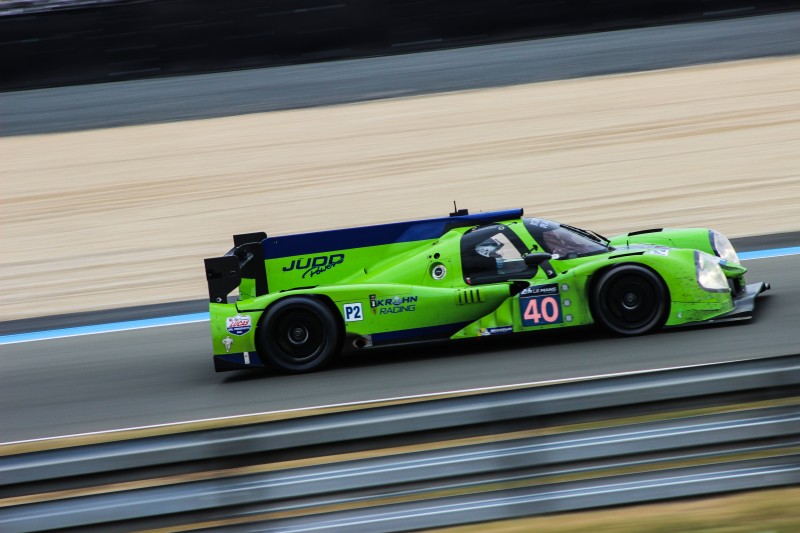 LMP3 was a comprehensive win for the LNT Ginetta duo of Robertson and Hoy ahead of the #5 Villorba Corse car, and the #15 SVK by Speed Factory car. Making it a Ginetta 1-2-3. This win also made it 3 wins out of 4 for the #3 LNT Ginetta squad, handing Sir Chris Hoy and Charlie Robertson the first ever LMP3 title.

GTE on the flip side of LMP3 had a very diverse sharp end. Formula Racing took victory ahead of the Marc VDS BMW of Jesse Krohn and BTCC driver, Andy Priaulx. third place was a new look JMW Motorsport squad. British GT regualr Rory Butcher  was drafted in to replace Sam Tordoff, who is at Rockingham this weekend racing in the BTCC. He drove the car across the line to third in class. Johnny Cocker also re-joined the team. The Proton Competition Porsche 911 crossed the line in fourth position.

And finally, GTC honours went to TDS racing ahead of the #62 AF Corse Ferrari and #68 Massive Motorsport Aston Martin in third making it three different manufactures in the top 3 positions.

In the end a fantastic drive from Filipe Albuquerque was enough to seal the race for Jota ahead of the consistent Greaves effort and a pacy one from the pair of BR-01’s. With that the championship lead extends for the British team, meaning they are in the box seat to take the title next time out at Estoril.