With new cars and the season looking to be competitive as ever, some of the teams are getting their eye in over in the United States before the season gets under way. We take a look at some of the WEC’s success from last weekend’s round two of the IMSA WeatherTech United Sportscar Championship, the 12 Hours of Sebring. 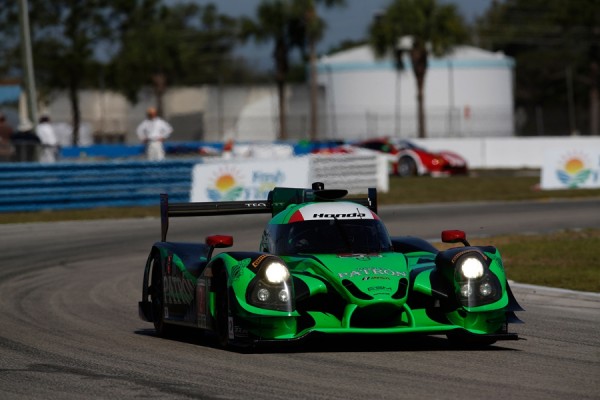 An interrupted Sebring 12 Hours was two and a half hours shorter this year due to a red flag period caused by adverse weather conditions, however this did not make the race any less exciting. What was looking to be a win for Dane Cameron and the Action Express Racing team was undone by WEC racer Pipo Derani in his Extreme Speed Motorsports Ligier JSP2.

Derani was in third place behind fellow WEC LMP2 competitor Felipe Albuquerque when the final caution period ended with 12 minutes left on the clock. However, Derani made it past his fellow country man quickly before getting past Dane Cameron a couple of laps later for the lead with under seven minutes to spare in the 12 hour race.

This gave the ESM team their second win in a row after January’s 24 Hours of Daytona. It also made history as it was again the first LMP car to win at Sebring since the American Le Mans series last ran the race there in 2013.

As well as a repeat victory in the prototype class for Scott Sharp, Ed Brown, Johannes van Overbeek and the ever impressive Pipo Derani, GTLM also saw the same victors as two months ago at Daytona.

Audi’s Marcel Fassler once again joined Corvette’s Oliver Gavin and Tommy Milner to take victory. This time the gap was slightly more comfortable then at Daytona, but only just. Four seconds was the gap back to Dirk Werner’s BMW M6.

This means that within the last year the Corvette team of Oliver Gavin and Tommy Milner have won in their C7R at Le Mans, Daytona and Sebring. The Sebring victory also sets up Marcel Fassler to do the triple in 2016. The Swiss driver will be driving for Audi in the LMP1 class of the WEC and at Le Mans this year.

Sebring also yeilded success for Ferrari. The Italian marque won in the GTD class in their first outing with their brand new 488 which will be replacing the 458 Italia in this year’s WEC. Jeff Segal, Alessandro Balzan alongside lady racer Christina Nielsen took honors in the car ran by Scuderia Corsa. The win also made Christina Nielsen the first female class winner at Sebring since 2006’s race saw Liz Haliday take LMP2 honors.