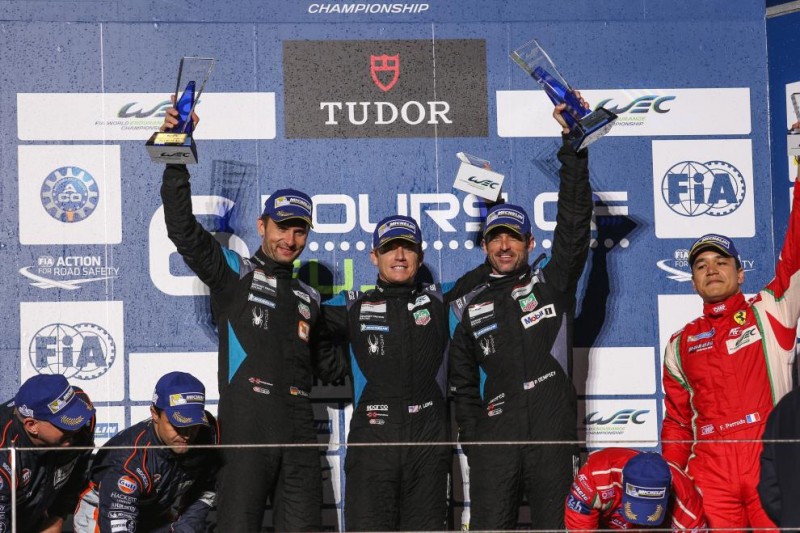 The 2015 season marked a big step into the unknown for Dempsey Racing. After a number of years competing in the American Le Mans Series and making the trip over for the 24 Hours of Le Mans, Patrick Dempsey decided to use the reduction in his other professional commitments to launch a full-season World Endurance Championship effort for 2015.

The first two races showed the scale of the task, with the Dempsey-Proton team struggling to put together a overall race performance. However, those initial difficulties seemed very far away indeed as Patrick Long crossed the finish line at the Circuit de la Sarthe to secure a second-placed finish for the team and realise Dempsey’s dream of standing on the podium at Le Mans.

The second-place finish at Le Mans was the culmination of years of preparation for the US driver, with the help of long-time driver mentor Long and experienced Porsche driver Marco Seefried. But it was by no means the end of the team’s development: “The year-end goal is to get on the podium at one of the shorter races,” said Long in an interview with WEC-Magazin at the following round of the WEC at the Nürburgring. “It won’t be easy, but it would be a huge celebration.”

Now, after two agonisingly close attempts at the Nürburgring and the Circuit of the Americas (finishing 4th at both), the Dempsey-Proton team went one better: at the 6 Hours of Fuji, Long, Seefried and Dempsey stood atop the podium after a nail-biting victory for the #77 car.

The race began in treacherous conditions and the Dempsey-Proton squad changed from their usual strategy of giving Patrick Long the first driver stint, instead swapping over to Patrick Dempsey while the safety car was still out on track and the cars were waiting for the green flag. Despite a couple of off-track excursions in the deluge-like conditions, Dempsey held his own against the rest of the GTE Am entries, most of which had professional drivers behind the wheel in the first two hours.

Long then took over the reigns, followed by Marco Seefried, before Dempsey was given the chance to take the chequered flag. Luck played its part too, with a late charge by Le Mans winner Earl Bamber in the sister #88 car being brought to an abrupt end by a collision with André Lotterer in the #7 Audi.

“Patrick gave me advice over the radio, Marco drove a fantastic stint and the team’s strategy was perfect,” Patrick Dempsey told racer.com. “I’m very grateful for all the support I’ve received from Porsche and the team this season. It enables me to keep developing as a driver. This is a great day – and from now on Fuji is one of my favorite race tracks.”