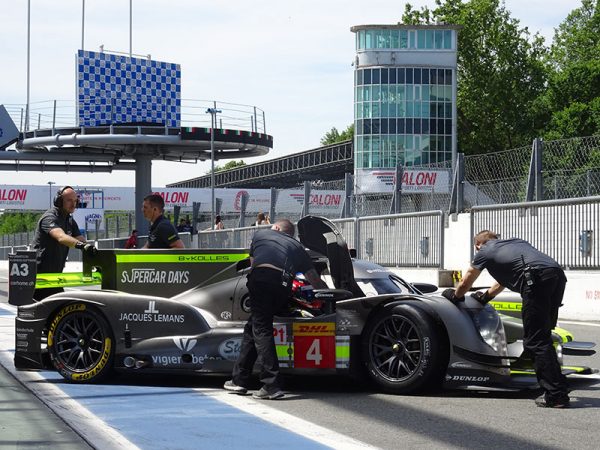 ByKolles Racing took to the Italian circuit of Monza together with LMP1 privateer competitors Rebellion Racing and a host of LMP2 and GTE teams last week. WEC-Magazin spoke to driver Simon Trummer on how the test went and how ByKolles’ preparations are coming along for the 24 Hours of Le Mans in June.

WEC teams are right in the middle of their preparations for the 24 Hours of Le Mans (18 & 19 June). Besides the huge distances involved in travelling flat out for an entire day, there are also a number of other factors at the circuit that will take the cars to their limits. ByKolles Racing and a number of other WEC teams decided that Monza in Italy was the best place to put their cars through their paces.

“The test went well for us overall,” ByKolles Racing driver Simon Trummer told WEC-Magazin. “There are still a few issues we are trying to iron out, but we should be able to sort them out by June. Monza was all about aerodynamics, tyres and engine settings. This kind of data is vital for Le Mans.”

Alongside ByKolles’ CLM P1/01 prototype, there was another familiar face in the Austrian team’s garage: the former Lotus LMP2 car. “The Lotus had nothing to do with our LMP1 programme,” Trummer said. “It now has a private owner, who wanted to take it out for a spin.”

British driver Oliver Webb was also present at Monza, as was German driver Pierre Kaffer. Kaffer is set to make his first start of 2016 at Le Mans, with scheduling conflicts having ruled him out of Silverstone and Spa.