Michael Shank Racing is competing on two fronts this season. Alongside a full-season commitment to the IMSA Weathertech Sportscar Championship, the team will also be racing at the 24 Hours of Le Mans for the first time. With the fifth round of the IMSA championship in Detroit and the Le Mans Test Day just one day apart this weekend, the MSR team will be jetting across the Atlantic overnight in order to attend both. 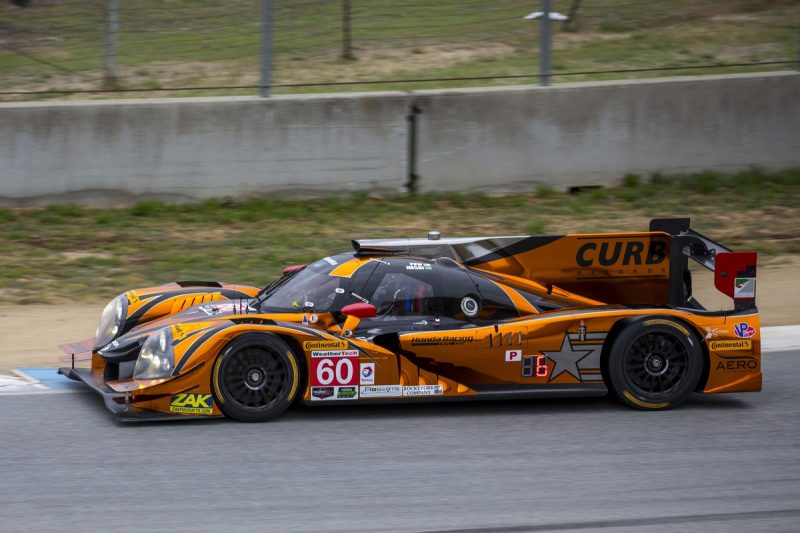 Fresh off the back of overall victory at Mazda Raceway Laguna Seca last month, MSR are gearing up for the next race on the IMSA Weathertech Sportscar Championship at Detroit Belle Isle this weekend. Oz Negri and Katherine Legge are set to pilot the #60 Ligier JS P2 around the street circuit on Saturday, but the chequered flag by no means signals the end of a day’s work for the team.

Sunday is Le Mans Test Day, and given that Oz Negri and John Pew are not on the ACO’s “list of experienced drivers”, both will have to complete ten laps, five of which must be timed, to qualify for the 24 Hours of Le Mans in June.

With the chequered flag set to fly in Deloitte at 2:20pm, Negri and the rest of the MSR crew will be hopping on an overnight flight to Paris at 6:20pm, before taking the short hop to Le Mans and arriving at just before midday. There they will meet John Pew and the rest of the team, ready to complete the necessary Test Day laps and gain valuable experience of the Circuit de la Sarthe.

“The biggest challenge is remaining focused under the stress of being away a lot,” said team owner Michael Shank. “The fatigue and jet lag are real. Our team has never had a run for this long on the road ever.”

MSR are running the same Ligier JS P2 chassis that won at the Rolex 24 at Daytona and the 12 Hours of Sebring in the hands of Extreme Speed Motorsports.