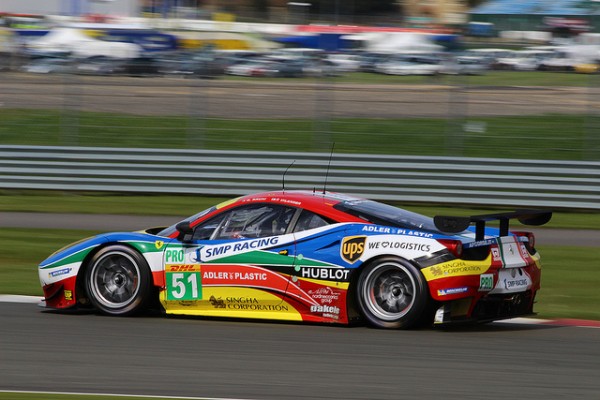 Today Ferrari announced that works driver Gianmaria Bruni had renewed his contract on a number “multiple year” deal. The 34-year-old reigning GTE Pro champion will remain with Ferrari’s GT racing programmes with AF Corse, while also taking on a role as an international brand ambassador for the Maranello-based team.

The former Formula 1 driver is one of the Prancing Horse’s most experienced drivers, having taking countless wins in various Ferrari GT machinery including at Le Mans and Sebring. Bruni had been rumoured to have been approached by Ford for the US manufacturer’s new-for-2016 WEC and TUSC programmes.

“We are delighted to continue working with Gimmi with whom we have had a relationship of great mutual trust for many years,” said Head of Ferrari’s GT Competition Activities, Antonello Coletta. “”It will be important having him with us next season as we have both a new car and an intense and ambitious programme whose primary aim is to return to winning form in the 24 Hours of Le Mans. But right now we are focusing on this year’s main goal: retaining the GT world title.”

Bruni said it was a “great joy” to continue racing for Ferrari: “We have some major challenges coming up. In late August, we go back to the track in the WEC to try to repeat our successes of 2014. Plus we’ll also be developing the GT project for the new 488 GTB for next season which is big news because of the turbo engine.”