Alex Brundle will join LMP2 team G-Drive Racing for the remainder of the 2016 World Endurance Championship, the Russian-entered team confirmed last night. The Brit will fill the gap left by the departure of Frenchman Nathaneal Berthon, who was ousted in favour of Will Stevens for the 24 Hours of Le Mans. 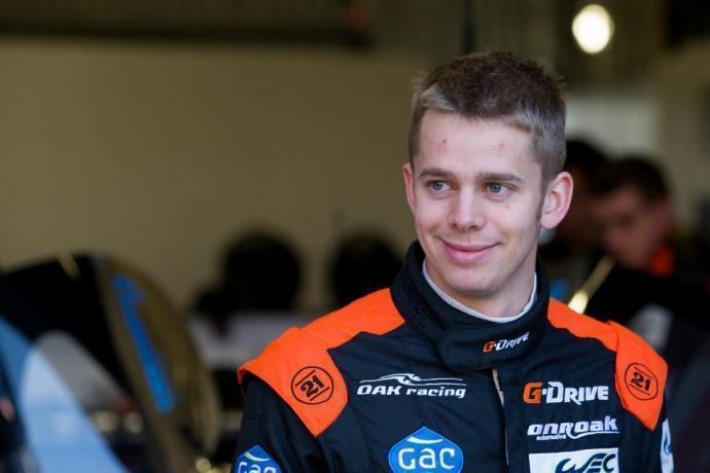 Brundle has been competing in the European Le Mans Series this season, where he has already scored two class victories for the United Autosports LMP3 team. He also has considerable experience in LMP2 machinery, including a second-in-class finish at the 2013 24 Hours of Le Mans with OAK Racing – which als helped the French team finish second in the WEC LMP2 championship. The Briton has also raced with G-Drive Racing before, most notably at the 2014 24 Hours of Le Mans with Jann Mardenborough and Mark Shulzhitskiy in the #35 OAK Racing by G-Drive Ligier JS P2, which also marked the race debut of the Ligier P2 chassis.

Speaking to Sportscar365, Brundle said that an opportunity had arisen as a result of the LMP2 driver reshuffle in the run-up to Le Mans: “I’ve been talking to Jota [the British team that run the G-Drive entry] for a very long time about what can be done in terms of the seat, and it’s a team that I’ve always kept tabs on for obvious reasons.”

“They’ve had a great performance in the European Le Mans Series and pretty much everywhere else they’ve competed. They just got in touch and asked whether I’d like to drive the car for the rest of the year.”