Berthon out, Stevens in at G-Drive Racing

G-Drive Racing have parted ways with French driver Nathanaël Berthon, the British-entered LMP2 team announced today. Berthon had been due to race for the team for the full WEC season, including next month’s 24 Hours of Le Mans. Will Stevens, otherwise of LMP2 rivals Manor, is to join G-Drive for Le Mans only. 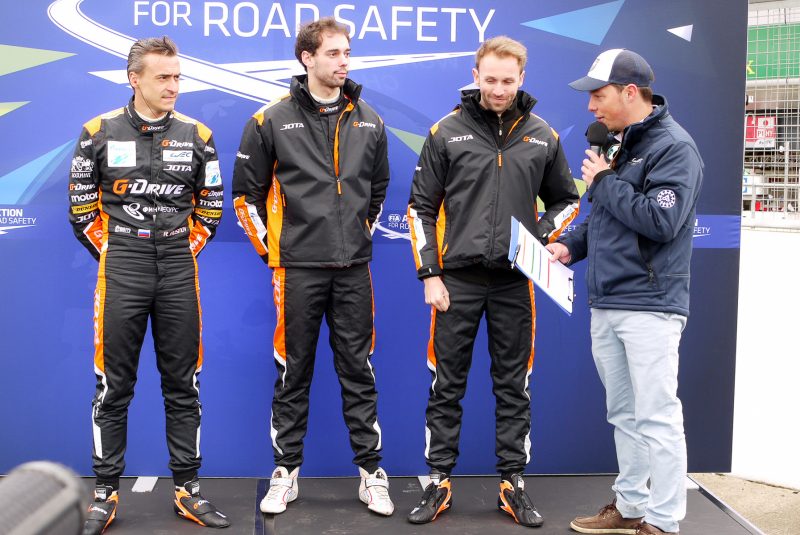 Rusinov, Berthon and Rast (from left to right) before the start of the 6 Hours of Silverstone

Berthon had been with the G-Drive Racing team since the start of the year, following previous stints with Murphy Prototypes and in various single-seater series. The experienced Frenchman was set to drive the #26 Oreca 05 at next month’s 24 Hours of Le Mans alongside René Rast and Roman Rusinov.

The reasons for the split are unclear, but team principal David Clark expressed his thanks for Berthon’s efforts in 2016: “We achieved two solid results in the first races at Silverstone and Spa and he showed he can be part of a front running team and we wish him every success in the future.”

Berthon’s boots have been filled by British driver Will Stevens, due to race in the #44 Manor Oreca 05 at Le Mans. Stevens’ deal for Le Mans is for one race only, with the Englishman rejoining Manor for the remainder of the WEC season. “I’m grateful to the Manor WEC Team for releasing me for this occasion and we will continue to work together for the remainder of their first season in endurance racing,” Stevens said.