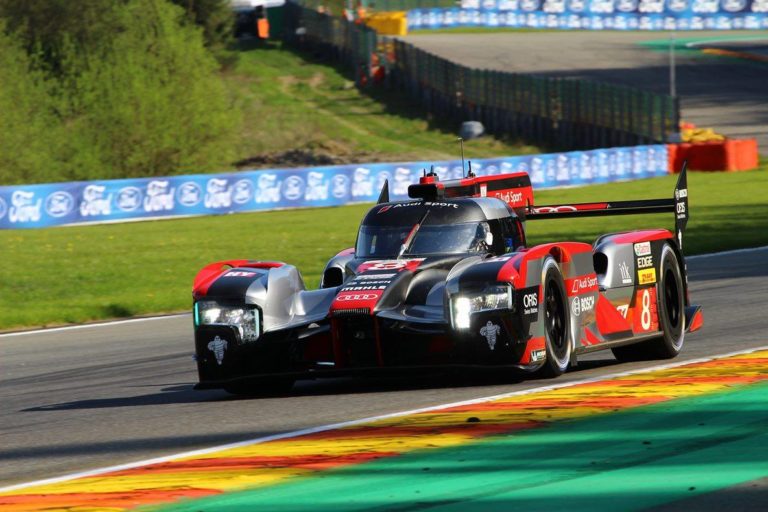 Audi continued their impressive performance from Friday’s free practice sessions and secured the pole position for tomorrow’s 6 Hours of Fuji. Lucas di Grassi, Oliver Jarvis and Loic Duval secured the fastest average lap time for the #8 Audi R18, a 1:23.570 but were only 0.025 seconds ahead of the #1 Porsche 919 Hybrid of Timo Bernhard, Brendon Hartley and Mark Webber.

Toyota showed some decent pace and will be hoping to secure their first victory of the season at their home race. The #5 crew of Sébastian Buemi, Anthony Davidson and Kazuki Nakajima will start the race from third, just ahead of Mike Conway, Kamui Kobayashi – who was the quickest man in qualifying – and Stéphane Sarrazin in the #5 car. In LMP1 privateer, the #13 Rebellion Racing car had the edge over the ByKolles Racing Team car 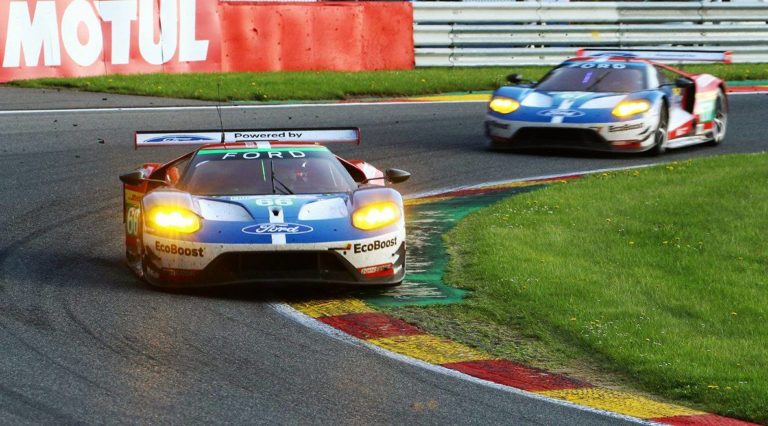 In GTE Pro, Ford locked out the front row of the grid at Fuji Speedway, with pole going to the #66 crew of Stefan Mücke and Olivier Pla just 0.044 seconds ahead of Andy Priaulx and Harry Tincknell in the sister #67 machine. Third and fourth went to Davide Rigon and Sam Bird in the #71 and #51 AF Corse Ferraris respectively as the Italian constructor attempts to extend its six-point lead in the GT manufacturers championship. Ferrari’s title rivals, Aston Martin, will start the race from fifth and sixth.

Qualifying in GTE Am once again saw a fierce battle between the #98 Aston Martin Racing crew and the championship-leading #83 AF Corse machine. Honours at Fuji went to Paul Dalla Lana, Matthias Lauda and Pedro Lamy for the British marque, just 0.373 seconds ahead of Perrodo/Collard/Aguas in the Ferrari F458 Italia. Starting from the second row of the grid will be the #50 Larbre Competition Corvette C7.R and the #88 Abu Dhabi Proton Racing Porsche 911 RSR.