Audi have taken pole for the inaugural 6 Hours of Mexico in the LMP1 class. In LMP2 it was a home pole for the RGR Sport team, with thanks to a time from home favorite and team owner Ricardo Gonzalez. 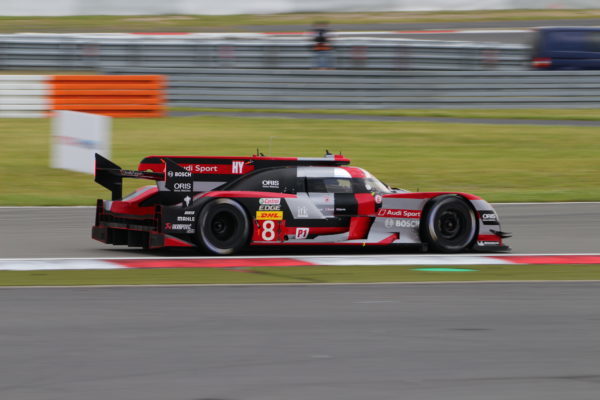 The #8 Audi set the fastest time to gain pole position for tomorrow’s 6 Hours of Mexico ahead of their championship rivals, Lieb, Jani and Dumas, in the #2 Porsche 919 Hybrid. Third on the grid will be taken by the Audi duo of Andre Lotterer and Marcel Fassler, as Benoit Treluyer has once again been ruled out due to the same biking injury that put him out of 6 Hours of the Nurburgring. Fourth went to the defending world champions in the #1 Porsche, ahead of the #5 and #6 Toyota TS050’s in fifth and sixth respectively. Rebellion’s sole entry will start seventh ahead of the #4 car of ByKolles racing.

The #5 Toyota will also be a driver duo tomorrow as Anthony Davidson will also sit out the race, after bruised ribs proved too difficult to drive with in this weekend. The Brit picked up the injury during testing for Toyota at Magny Cours recently.

Home favorites RGR Sport took pole in LMP2 ahead of the Le Mans winning #36 Alpine. Strakka Racing will once again line up third in class with the #26 G-Drive car in fourth, and the #44 Manor Racing ORECA in fifth. 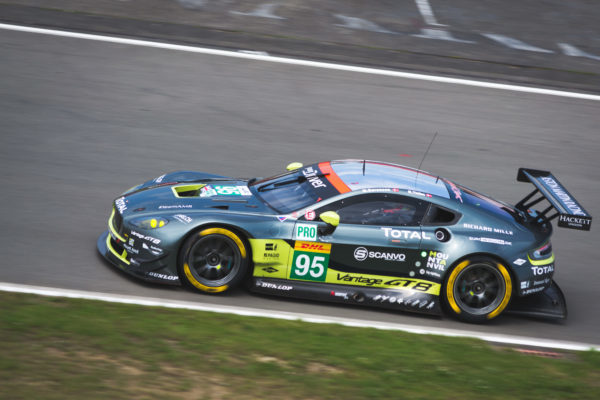 In GTE-PRO Aston Martin once again set the pace, claiming a 1-2 for tomorrow’s race. The #95 car will start ahead of the #97, with the #51 AF Corse Ferrari third in class. The Dempsey Racing Porsche split the two Itallian cars in fourth, with the #71 Ferrari 488 in fifth. Ford struggled in Mexico with the #66 and #67 cars bringing up the rear of the GTE-PRO class. There was extra drama for Andy Priaulx, when he had an off track moment heading into the stadium section before Harry Tincknell took the wheel.

Aston Martin also claimed pole in GTE-AM with Paul Dalla Lana and Pedro Lamy setting the times. Behind them were the three Porsches of Proton Competition, Gulf Racing UK and KCMG respectively. Larbre Competition will start fifth in class tomorrow ahead of the struggling #83 AF Corse Ferrari in fifth and last place on the grid.