The Six Hours of Bahrain was set to be an emotional race, as the FIA World Endurance Championship was not only waving good bye to the 2016 season, but to Porsche’s Mark Webber, LMP2 as we know it, Rebellion in LMP1 and not least of all, Audi Sport Team Joest from LMP1 and the WEC. Here is everything you need to know about the first half the race which marked the end of an era. 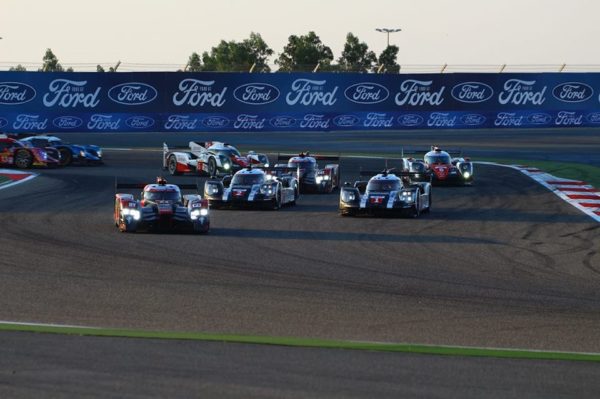 In a touching tribute to the long serving Audi team, the two R18 e-tron quattro’s were allowed to break their ranks on the opening formation lap to lead the field, while race director Eduardo Frietas referred to Audi as a matured family member, who they (the WEC) hope returns home soon, over the team radio waves.

Loic Duval got away well from pole position to lead the early stages of the race. Behind however Marcel Fassler was the man battling. First up was a fight with Toyota. The #6 TS050 Hybrid managed to make a move into turn one, but it wasn’t long before the Swiss Audi driver swooped back past and back up into fourth position.

Next on Marcel Fassler’s list was Neel Jani in the champion elect #2 Porsche 919 Hybrid. The Audi driver made a very late but perfectly executed lunge into the final corner, however Jani then blasted back past the Audi into turn one. Fassler then tried to re pass the Porsche on the run to turn four but it didn’t quite pull off. It was to be a lap later going into turn for, Fassler tried the outside line, and fantastically kept his R18 e-tron quattro on the road and made the move stick, moving himself and the #7 Audi up to third position. 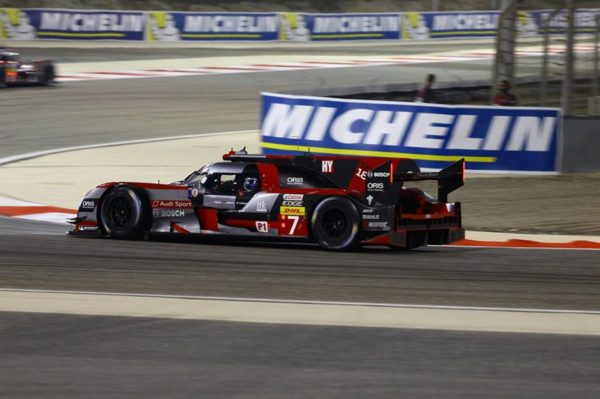 The run to turn four was certainly turning into a hot spot for action in the race. The LMP2 class was next to provide the action with Pipo Derani in his ESM Ligier and Rene Rast in his G-Drive Oreca. The later fighting his way up though the field after losing pole position due to failing scrutineering. The pair of them sweeping left and right all the way down the straight.

The next headline moment was when Porsche, in a repeat of last year, saw their championship leading car hit trouble. The #2 919 Hybrid crawled round the second half of the lap with damage to the left rear car, which ended up with the wheel completely locking up. After the unexpected and long pit stop, the Porsche returned to the track in seventh place. 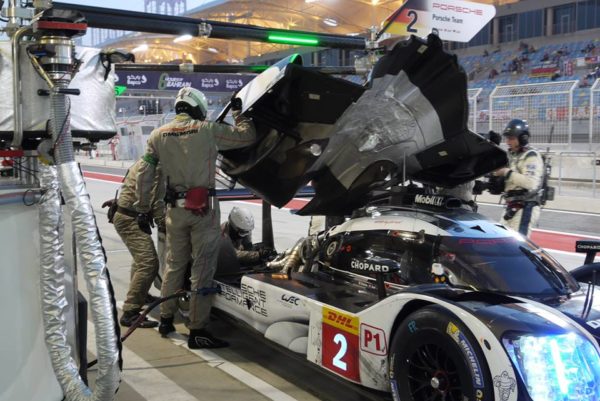 By the end of the first hour the order read Audi, Audi, Toyota, due to Fassler making yet another move to get Audi up to first and second. Under an hour after the Audi’s were allowed to lead the first warm up lap, they led the field on merit in the race.

G-Drive still hadn’t managed to make up for their penalty, and were not threatening the top three in LMP2. Alpine led the class ahead of the RGR Sport Ligier JSP2. The #44 Manor sat in third position in class.

Aston Martin’s Brits continued to lead from pole in GTE-PRO. Jonny Adam and Darren Turner putting on a fantastic display. Ferrari’s James Calado managed to split the Astons in second. With Marco Sorensen still sitting in third position in class.

Ricky Taylor’s effort in the early stages but the Larbre Competition Corvette out in the lead, however the #83 Ferrari was still sitting in a championship winning position in third, ahead of the #98 Aston Martin in fourth. Gulf Racing UK’s Porsche held second in class.

Andre Lotterer was doing a great job at closing the gap to the lead Audi in his #7 R18, however Mark Webber was the man on the move. The Australian using traffic on the run onto the front straight to draw along side Sebastian Buemi’s Toyota, forcing mistake out of Buemi, allowing Webber to slip past and up into a provisional podium spot in his final race.

The next dramatic moment came from GTE-AM courtesy of Turn 7 and Mathias Lauda. The Austrian driver lost control of his V8 Vantage mid corner before having a high speed spin towards the gravel. Lauda dipped two wheels in to the trap, but managed to get out and carry on his way.

By the end of the hour, the as ever front running Audi’s swapped positions for the lead due to the pace of Andre Lotterer. This meant that the #7 Audi lead the #8 car. The #1 Porsche, now being driven by Brendon Hatley, ran in third place.

RGR Sport headed LMP2 ahead of previous class leaders, Alpine. ESM continued to run in third with the #31 car. G-Drive had managed to get themselves up to fifth in class in the mean time.

GTE-PRO was un-changed from the first hour. The #97 car lead the #51 car of Bruni. However the provisional world champions, Thiim and Sorensen ran in third place in class. KCMG lead GTE-AM in their Porsche ahead of Aston Martin. Proton Competition rounded off the provisional podium in third

A concerning radio message from Roman Dumas to the Porsche pit reporting car issues with the #2 Porsche confirmed the race for the LMP drivers world championship was far from over. However the Frenchman continued to drive and was maintain a position good enough to hang on to their world championship lead. 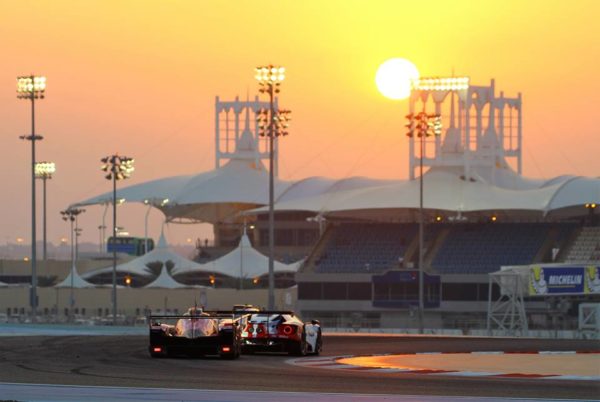 In GTE-PRO, Nicki Thiim was pushing hard for Aston Martin and made the move on Gianmaria Bruni’s #51 AF Corse Ferrari 488. This therefore restored the Aston Martin 1-2 at the front of the class that was seen in qualifying yesterday, as well as helping earn more points in an attempt to seal the GTE-PRO title for Thiim and Sorensen.

A problem in the pit lane for the race leading #7 Audi was enough to see the race lead change back to the #8 Audi, now with di Grassi at the wheel. Beniot Treluyer’s #7 held on to second place, and set about trying to close down it’s nine second gap to the leader. Timo Bernhard was in third place driving the #1 Porsche going into the final half of the race. Rebellion Racing had seventh overall and led ByKolles by two laps in their final LMP1 privateer race.

LMP2 Champions Signatech Alpine had worked their way back up to lead LMP2 at the half way stage. ESM held second place in class ahead of the RGR Sport car. 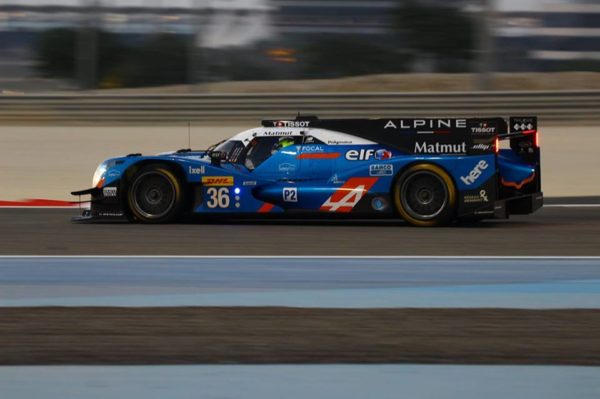 GTE had Aston Martin 1 and 2 in the Pro class, the #97 continuing to lead the #95 car. The #51 Ferrari rounded out the top three positions. GTE-AM was not going as well for Aston Martin. A repeat spin, this time by Paul Dalla Lana in the #98 Aston Martin at the end of the back straight further seemed to seal the championship for the #83 Ferrari squad.

Abu-Dhabi Proton led the GTE-AM class with three hours to go, ahead of KCMG making it a Porsche 1-2. Larbre Competition’s Corvette held onto third in class ahead of the Ferrari.