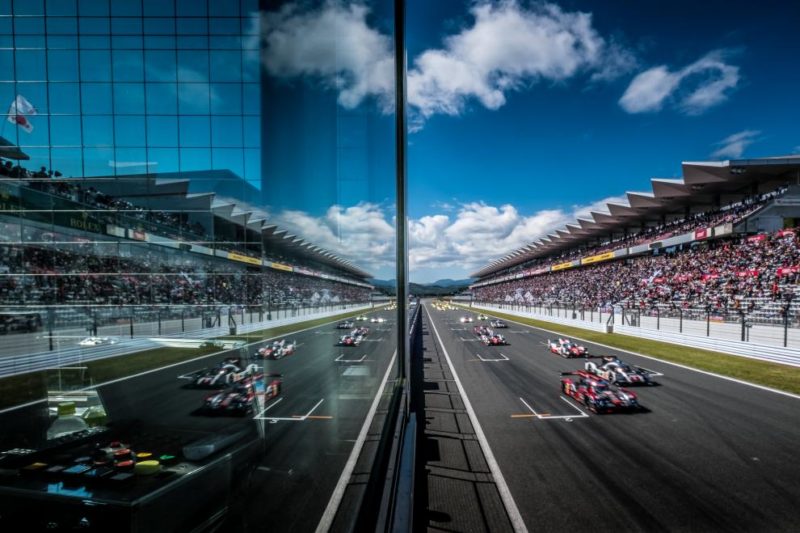 The #8 Audi leads the 6 Hours of Fuji after three hours, some ten seconds ahead of the #6 Toyota TS050 and the #1 Porsche 919 Hybrid. The race got off to a frantic but largely clean start in bright sunshine in southern Japan, with Oliver Jarvis turning his pole position into a commanding lead for the #8 Audi R18 in the early stages. Jarvis’ teammate Benoit Tréyuler, however, was not so fortunate, after his #7 Audi R18 slowed after half an hour of racing and returned to the pits with a hybrid issue for expensive repairs.

The first round of pit stops saw the battle for the lead heat up considerably, with Audi’s slower diesel flow rate bringing the leading #8 car into the clutches of the #6 Toyota TS050 Hybrid now piloted by Mike Conway. Indeed, Conway briefly snatched the lead coming out of the pit lane, but was forced to yield to Jarvis coming out of turn one.

This marked the beginning of a topsy-turvy battle between the three main challengers, the #8 Audi R18, the #6 Toyota TS050 and the #1 Porsche 919 Hybrid, on fuel consumption and tyre wear. At the halfway stage the fight for the lead is finely poised, with just fifteen seconds separating the top three cars after three hours of racing.

The #7 Audi R18, back out in the hands of Marcel Fässler, was then controversially disqualified as the team had disconnected the front hybrid system to get it back into the race and this no longer complied with the homologation. 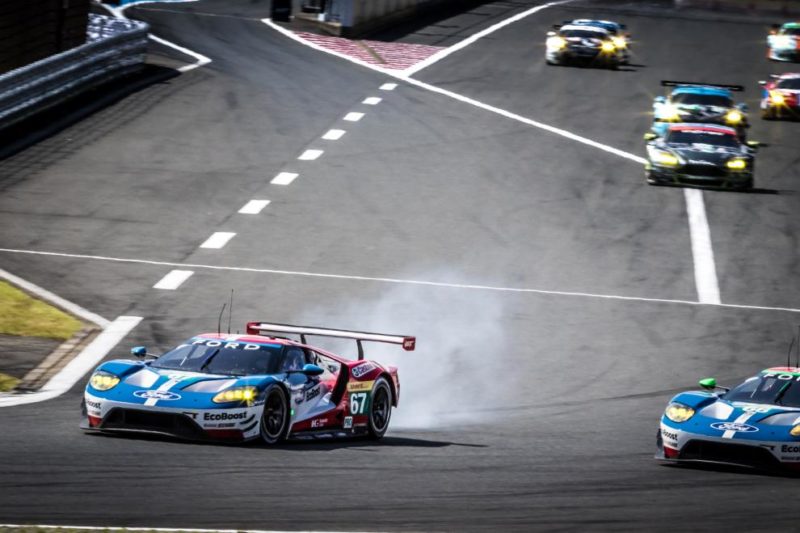 Further down the grid, the #26 G-Drive Racing Oreca 05 also wasted no time in establishing its class lead, leaving a fierce battle between the #36 Signatech Alpine, the #30 Extreme Speed Motorsports and #43 RGR Sport by Morand cars in its wake. The battles continued for second and third positions, with Gustavo Menezes in the #36 Signatech Alpine car later dicing with Richard Bradley in the #44 Manor. The leader in LMP2 at the three-hour stage is Lewis Williamson in the Strakka Racing car, but only due to the pit stops shuffling the field.

Elsewhere, the pair of Ford GTs hold a commanding lead of over thirty seconds from the pair of AF Corse Ferraris, with the US marque enjoying its first real advantage on pace since Le Mans. The #67 car leads the #66 machine by a margin of five seconds. The two Aston Martins are in fifth and sixth positions in a strangely quiet GTE Pro battle.

It’s a similar story in GTE Am, with the #98 Aston Martin Racing car comfortably out in front by a margin of a minute and a half over the #83 AF Corse Ferrari – a lead extended by a 35-second stop and go penalty handed to the Italian team due to speeding in the pit lane.