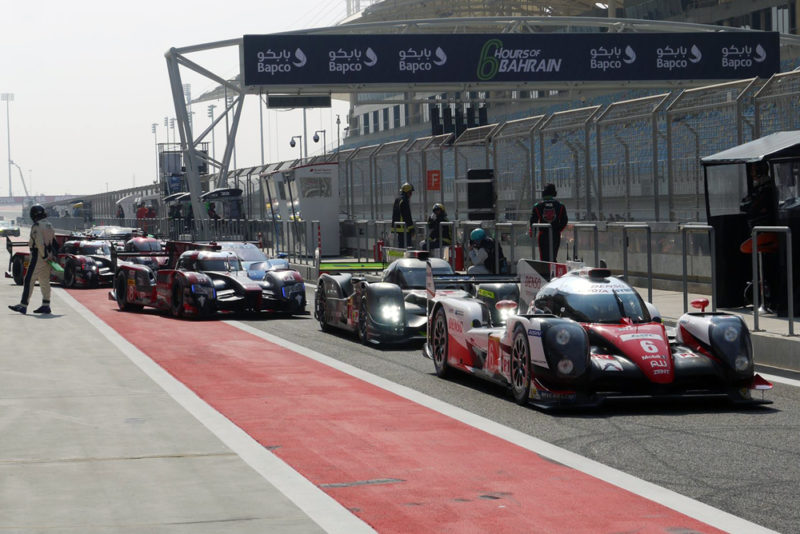 Saturday’s Six Hours of Bahrain marked the final appearance of Audi Sport on the prototype scene. Besides the tears of joy and sadness at the circuit at the weekend, the decision has put the ACO and the FIA at a quandary in terms of the LMP1 class’ future. With only two manufacturers remaining in the top category of the WEC, and new regulations due to be implemented in 2018, the rulemakers have decided to adapt their strategy moving forward.

Last weekend’s race gave decision-makers from the ACO, the FIA, Porsche and Toyota the perfect opportunity to meet up and discuss the future of LMP1 racing. Now the ACO has presented its concept for the LMP1 rules, which sees a complete freeze on LMP1 regulations through to 2019 rather than a reform in just two years’ time. Changes are minor and include limiting the number of team members, the number of aero packages and the extent of wind tunnel testing.

This move is geared towards continuing the FIA WEC’s pioneering role in terms of motorsport technology development, including opening up the class for new technologies and methods. However, the aim is to also lower costs and attract further manufacturers into the class in the short term. The rules will be submitted to the FIA World Motorsport Council for ratification in the coming weeks.