Audi have taken the final pole position of the year, and of their World Endurance Championship careers. Porsche have managed to put themselves ahead of Toyota on the grid, placing Neel Jani, Marc Lieb and Roman Dumas in the box seat to claim their first WEC title. 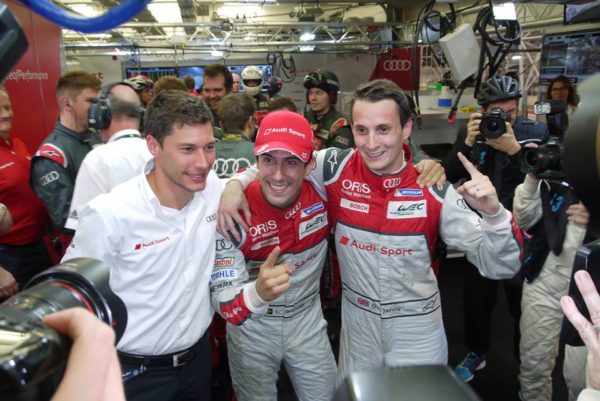 Audi’s #8 car set the fastest combined time of the session with Oliver Jarvis and Lucas di Grassi behind the wheel. The Brazilian was the only driver to put their individual time into the 1:38’s. Porsche put the #1 car on the front row ahead of the championship elect #2 919 hybrid which lines up third tomorrow. Andre Lotterer, Marcel Fassler and Benoit Treluyer will start their final race for Audi in fourth place. Fifth on the grid went the way of the championship challengers in the #6 Toyota. The #5 TS050 will line up in sixth. Rebellion Racing will start their final race in LMP1 in seventh place. ByKolles did not make it out to set a time. 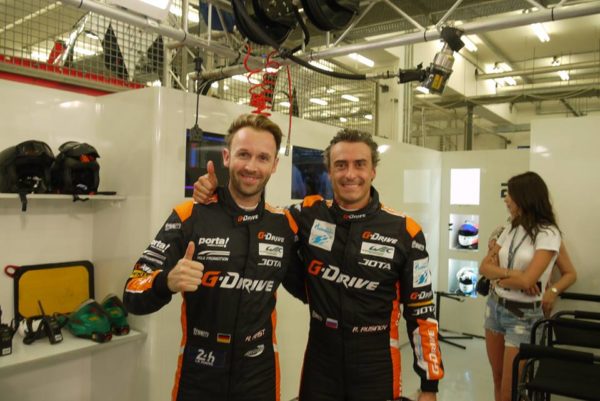 Seventh overall was pole for the LMP2 class. G-Drive will lead the class away tomorrow ahead of the #36 Signatech Alpine. Manor Racing will start third in the #44 Oreca 05. RGR Sport will line up fourth with the new look #30 Ligier of Extreme Speed Motorsports in fifth.

GTE was an all Aston Martin affair dominated by Jonny Adam and Darren Turner. Incredibly, the duo in the #97 car both set a 1:56:953 making it easy to work out their average time. Thiim and Sorensen were a tenth back in the #95 car making it a GTE 1-2 for the British team. Bruni and Calado were the best of the non Aston Martins for AF Corse four tenths off the pole time. Fourth in class went to Priaulx and Tincknell, who where a shade off of a second shy of the pole time. 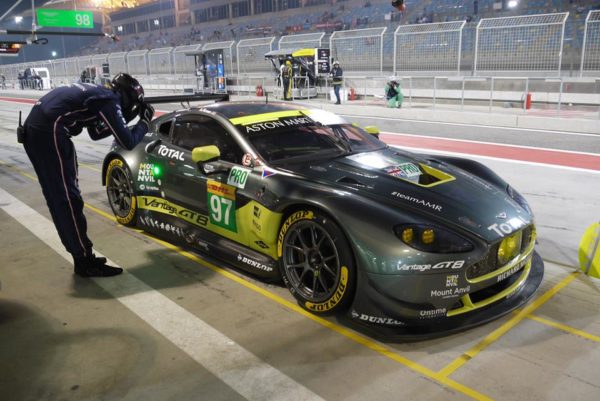 Aston Martin also took pole in GTE-AM. The title favorite #83 Ferrari took second in class ahead of the Larbre Corvette in third. The Gulf Racing UK Porsche was the best of the German cars in the class. The fellow Porsche team, KCMG, will start fifth in class and last in tomorrow’s 6 Hours of Bahrain.

The race will start at 13:00 UK time tomorrow, and see the drivers championship decided and an emotional farewell to Audi after 18 years at the top of the sport.