Audi and Aston Martin on top in Qualifying

Audi stun in qualifying to steal a 1-2 at the Nurburgring, to take pole for their home race. Aston Martin topped the GTE times. 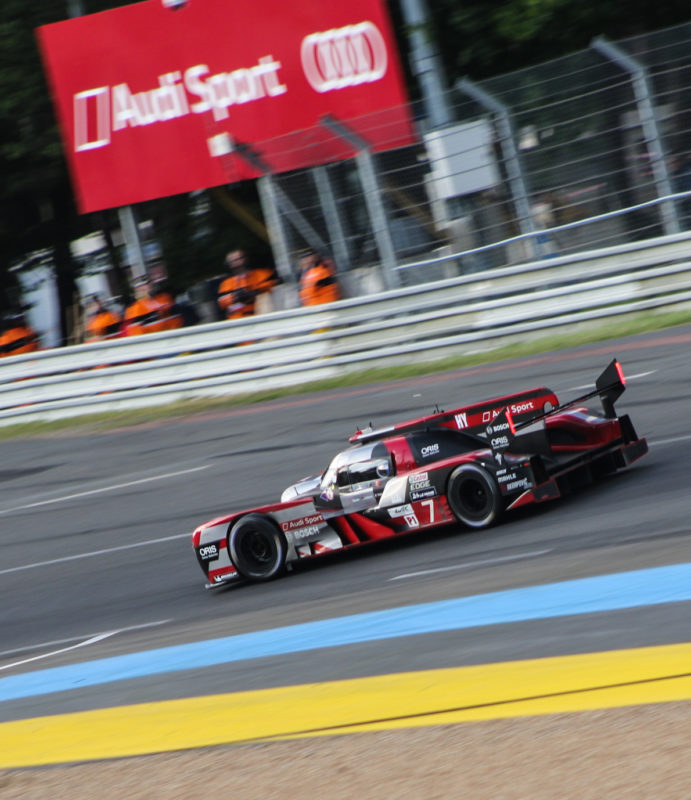 Andre Lotterer and Marcel Fassler will start from pole for tomorrow 6 Hours of the Nurburgring thanks to a combined time of 1:39.444. Second fastest was the #8 Audi which managed a 1:39.710. Last years Nurburgring winners in the #1 Porsche will start third ahead of the #2 Le Mans winning Porsche in fourth. Toyota #6 and #5 will start fifth and sixth respectively.

Rebellion Racing’s #13 car continued to shine as Kraihamer and Imperatori managed to put their car on pole in the LMP1 privateer class. The ByKolles of Pierre Kaffer and Oliver Webb split the Rebellions and finished second in class. Prost and Heidfeld’s times were good enough to put the #12 car in ninth overall for tomorrow’s start.

Rene Rast and Roman Rusinov put the Oreca 05 of G-Drive Racing on pole in the LMP2 class with a time 1:48.984. They will start ahead of the Le Mans class winning #36 Alpine of Gustavo Menezes and Stephane Richelmi. Lewis Williamson contributed to qualifying on his Strakka debut. The British team will start third.

Aston Martin took pole in GTE qualifying for round four of the 2016 FIA World Endurance Championship with their #95 car. The Abu Dhabi Proton Porsche will lead way the GTE-AM class. 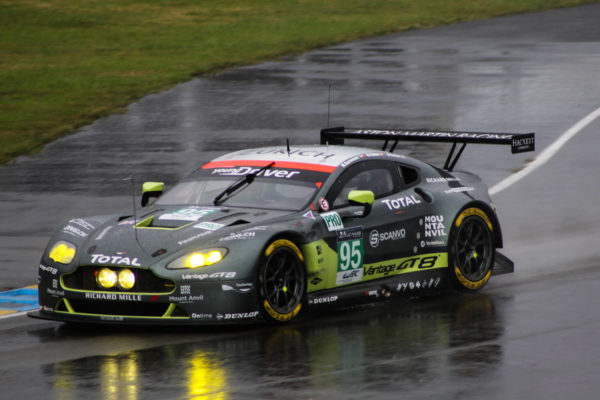 A late lap by Nicki Thiim put the #95 Aston on pole in the GTE class with a combined time of 2:01.712. Ford’s #66 GT managed to be second fastest, and quicker than the #97 Aston Martin which will line up third on the grid in class.

Proton Competition’s GTE-AM Porsche will start on pole in class. Porsche will also start second in GTE-AM, the second car being the KCMG effort. Aston Martin made it third fastest in class in the #98 Vantage.

Tomorrow’s 6 Hours of the Nurburgring will start at midday U.K time.

The larger restrictor and the weight reduction really helped the Aston performance…looks like they will be a factor during the face. Still looking for the #51 to be fast because of their uncharacteristically bad LeMans…Bruni will be driving with a bit of an attitude I’m sure.