Today’s qualifying session for the 6 Hours of the Nürburgring was as close as ever. Despite Ferrari claiming the top two positions in GTE-PRO and pole in GTE-AM, warm conditions out on track helped Aston Martin salvage some strong starting positions for the race. 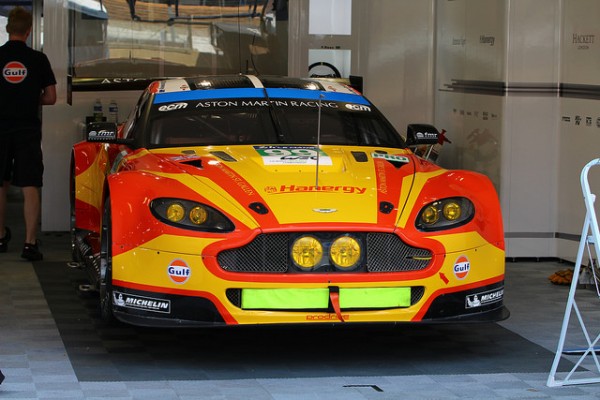 Aston Martin had a strong qualifying at the Nürburgring claiming third, sixth and seventh in GTE-PRO. In the AM class, the British team managed second position behind the Le Mans winning SMP Racing Ferrari 458 Italia, and seventh position. However, the British teams car’s found pace as the temperature increased.

In an Interview after qualifying, Aston Martin driver, Fernando Rees told WEC-Magazin: “The warmer it is tomorrow, the more we will be able to attack the other cars. Although we now and then struggle with the tires, at these temperatures we can keep up with the Ferraris” He added, ” Tomorrow we will have to save the tires to be on the podium at the end of the race”

Second place GTE-AM driver Pedro Lamy agreed with his team mate about the team’s ideal temperatures for tomorrow’s race: “I’m satisfied with today, our car worked better under warmer conditions. However, to win tomorrow we will all have to work hard together.”

The current weather forecast for tomorrow could play into Aston Martin’s hands. Although until recently is has been looking like rain on race day, now drivers, teams and spectators alike will be expecting temperatures up to 29 degrees with light cloud cover.