Another Porsche 1-2 in Japan

The #17 Porsche 919 Hybrid of Mark Webber, Brendon Hartley and Timo Bernhard took victory ahead of the sister #18 car and the #7 Audi R18 e-tron quattro of Benoit Tréluyer, André Lotterer and Marcel Fässler. However, the headline only tells half the story after a thrilling and frantic race in the foothills of Mount Fuji. 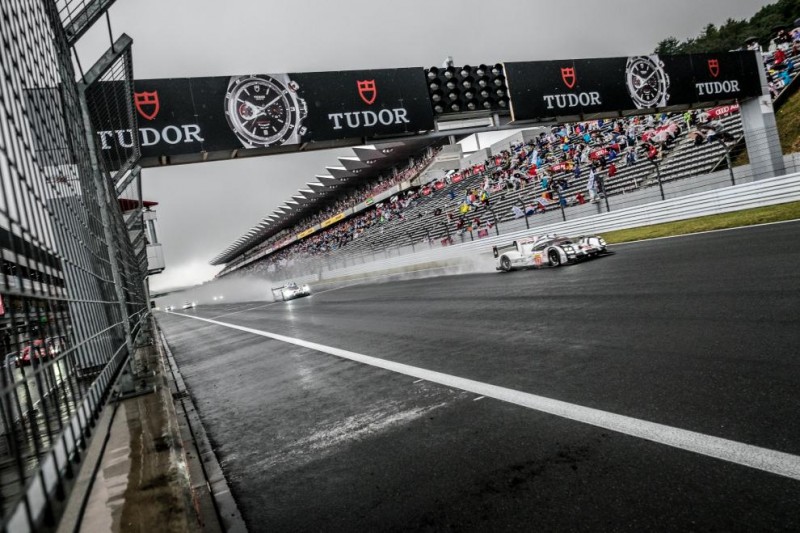 Early-morning rain drenched the Fuji circuit and gave race director no option other than to begin the six-hour race behind the safety car. Fortunately, the rain abated and after 40 minutes the track was considered safe enough for the green flag. Pole-sitter Mark Webber lose first position on lap one, while Romain Dumas in the #18 car also slipped down the order as the Porsche struggled in the damp conditions. The pair of Audis established a lead at the head of the field, with the Toyotas also managing to fight with the two Porsches.

A drying track put the Porsches back in contention for the race victory, with Romain Dumas recovering from contact with Alex Wurz in the #2 Toyota before catching and passing Marcel Fässler in the #7 Audi. Fässler also fell into the clutches of Mark Webber in the #17 machine, with the pair enjoying an incredible battle for second place two hours into the race.

Webber eventually prevailed before handing over the #17 car to Brendon Hartley safe in second place. It was relatively plain sailing for the Porsche Team from then on, with the #17 car passing the #18 car late on to take the win and maximise Porsche’s chances in both the driver’s and manufacturer’s championships.

Contact between the #7 Audi and the #88 Porsche 911 RSR almost put paid to Lotterer, Tréluyer and Fässler’s chances, but the pit crew managed to repair the damage and allow the #7 car to finish on the third step of the podium.

With Nick Heidfeld absent at Fuji, Mathias Beche and Nicolas Prost were left to take victory in the LMP privateers’ competition for the #12 Rebellion R-One. The championship battle, however, remains exciting after Simon Trummer and Pierre Kaffer finished second in the ByKolles CLM P1/01 AER ahead of the second Rebellion. 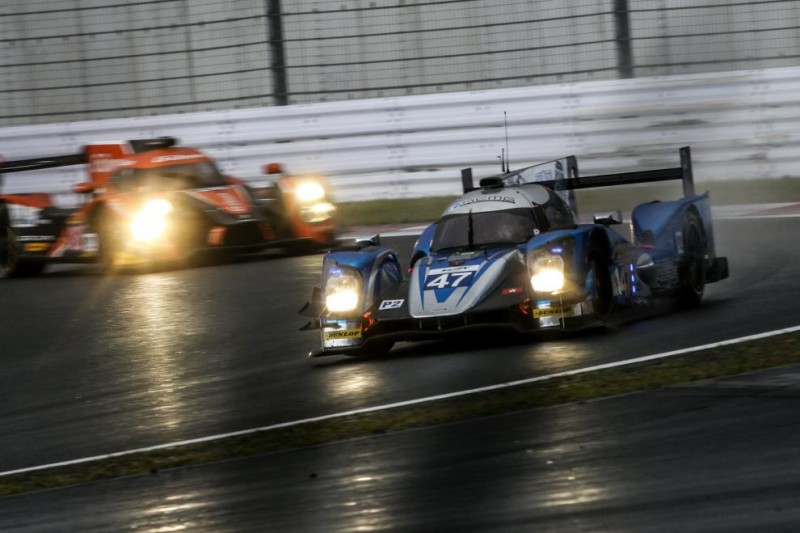 The LMP2 class provided the most dramatic and exciting race in recent memory, with the #47 KCMG Oreca 03 engaging in a race-long battle with what felt like the entire field of LMP2 runners. The early pace-setter was the #36 Signatech-Alpine machine with Paul-Loup Chatin behind the wheel, with the #43 SARD-Morand Morgan in second position. However, a mistake by Oliver Webb, running wide at turn one and making minor contact with the barrier, shortly before the first driver change cost the #43 valuable seconds and ultimately put paid to its race challenge.

Nick Tandy put in an impressive set of stints at the start of the race and the #47 car had risen to the top of the field by the halfway point. In close attention was the #47’s championship rivals of Sam Bird, Julien Canal and Roman Rusinov in the #26 G-Drive Racing machine. Richard Bradley and then Matt Howson spent the rest of the race battling against the pair of G-Drive cars, with the Russian-entered machines employing very questionable tactics at times.

It all began with Rusinov slightly misjudging an overtaking manoeuvre on the #47 KCMG car and making contact with the right rear on the Oreca. Gustavo Yacaman then went one better in the #28 car, shoving the #47 machine out at the tight chicane while being lapped. If that wasn’t enough, Yacaman then proceeded to drive straight into the back of Richard Bradley, at that time in third position after the contact with Rusinov, with just five minutes of the race remaining.

Initial confusion saw the stewards pin the blame on Bradley for incident, suggesting that the Brit braked early for the corner. However, new data surfaced showing that Bradley was at full throttle as Yacaman made contact. Whatever the cause, the KCMG failed to finish and suffered a major blow to its title aspirations.

The GTE Pro race was a little less hectic, with the #91 and #92 Porsche Team Manthey machines battling it out with the AF Corse Ferraris, which were back to fine fettle after the disappointment of Circuit of the Americas. James Calado led early on in the #71 car, but his challenge faded towards the end of the stint with the British driver citing problems in GT traffic.

The #51 car then took up the mantle and developed a commanding lead by the halfway point, which it didn’t relinquish for the rest of the race. The #71 car recovered somewhat, but Patrick Pilet in the #92 Porsche 911 RSR slipped past Davide Rigon’s Ferrari 458 with a couple of hours remaining to deny the AF Corse squad a one-two. 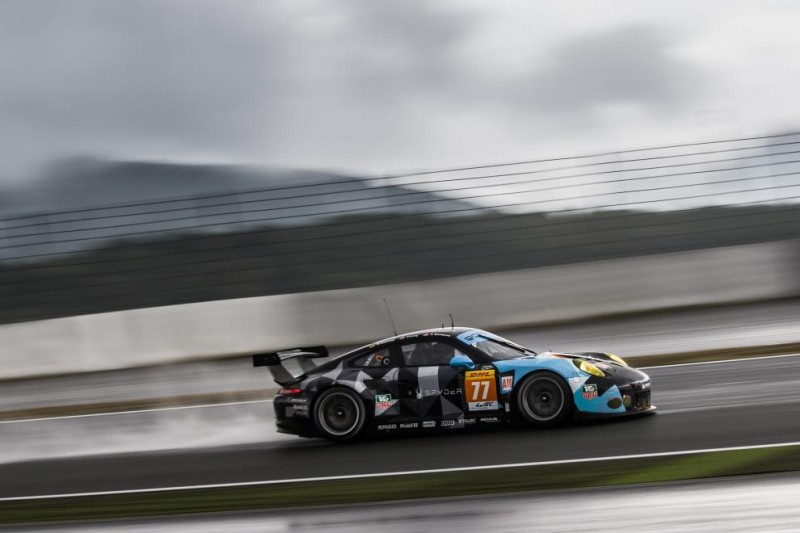 The GTE Am delivered its now-customary race-long battles between professional and amateur drivers. The early stages of the race saw the #83 AF Corse and #72 SMP Racing Ferraris battling it out, but as both ran wide into turn 2, the #96 Aston Martin Racing V8 Vantage slipped through to take the lead.

The Aston held firm until the halfway stage, before Marco Seefried and then Patrick Long put in a set of blindingly quick stints to heave the #77 Dempsey-Proton Porsche 911 RSR up into a commanding first position. Taking over the car under safety car conditions at the start of the race, Patrick Dempsey himself put in an impressive couple of stints and more than held his own against more experienced competitors. Long, Seefried and Dempsey were rewarded with their first victory in the FIA World Endurance Championship.

The next FIA WEC race is in Shanghai in the last weekend of October.