Alonso fastest on Test Day, Porsche ahead in GTE Pro

Fernando Alonso in the #8 Toyota TS050 Hybrid posted the fastest time of the 2018 Le Mans Test Day on his debut at La Sarthe. The Spaniard’s fastest lap time of 3:19.066 was six-tenths faster than the second-quickest man on Test Day, Mathias Beche in the #3 Rebellion Racing R13 Gibson (3:19.680). 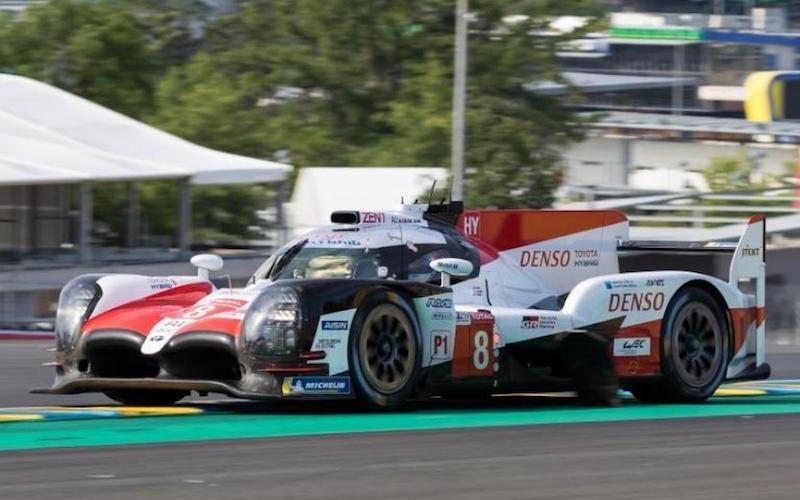 Toyota Gazoo Racing drew first blood at the official Test Day for the 2018 24 Hours of Le Mans, with Fernando Alonso clearly enjoying his first attempt at tackling the Circuit des 24 Heures. However, it certainly wasn’t a dominant performance from the pair of works Toyotas.

With all teams at the Circuit de la Sarthe focusing on running through their testing programmes, lap times were not high on the agenda. However, the performance of the pair of Rebellion R13s will have come as a pleasant surprise. Rebellion drivers Mathias Beche and Gustavo Menezes were the second- and third-quickest drivers around the 13.626km circuit. Thomas Laurent in the #1 Rebellion was also the quickest of anyone in Sector 1.

Third-fastest was the #7 Toyota TS050 of Mike Conway, Kamui Kobayashi and José Maria López after 2017 pole-setter Kobayashi posted a 3:20.008 in the middle of the afternoon session.

Toyota also completed the most laps of all the LMP1 cars, with the #7 and #8 machines managing 202 laps in total. All other LMP1 cars were able to run laps at the Test Day, including – crucially – the pair of CEFC TRSM Racing Ginetta G60s that were unable to run at the 6 Hours of Spa. 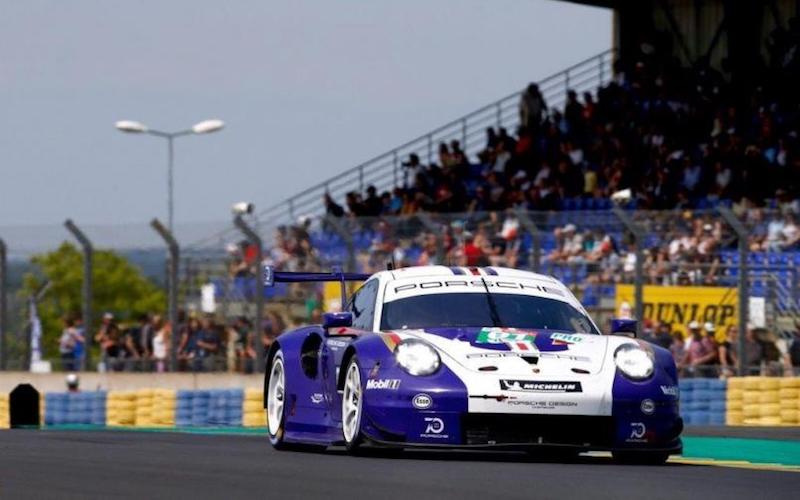 Ford appeared to hold the advantage in GTE Pro for most of the day, before a couple of flyers by Porsche drivers Patrick Pilet and Gianmaria Bruni made it a Porsche one-two. Pilet’s fastest time of 3:52.551 came on the car’s final lap of the day before the session was red-flagged ten minutes before it was due to end.

Pilet’s time eclipsed that of his teammate Bruni in the Rothmansesque-liveried #91 Porsche 911 RSR that appeared to have set the benchmark in GTE Pro 90 minutes before the end of the day’s running. Third-fastest was Brit Andy Priaulx in the #67 Ford GT, which he set two hours into the first session.

Marco Sørensen in the #95 Aston Martin Vantage AMR was involved in the biggest incident of the day during the first session of the race. The Dane tangled with the #35 SMP Racing LMP2 car and the #86 Gulf Racing Porsche 911 RSR on the run down from Mulsanne Corner to Indianapolis.

The incident resulted in the session being red-flagged around 40 minutes before it was due to end. Both the #35 and #86 machines limped back to the pits, but the #95 Aston was badly damaged and played no further part in the remainder of the day’s testing. It was a bad day at the office for Aston Martin in their new-for-2018 Vantage AMR, who were only able to finish sixteenth and seventeenth fastest in GTE Pro some five seconds off the pace of the leading Porsche.

Aside from Sørensen’s shunt, there were also numerous other on-track incidents that required either slow zones, safety cars or complete stoppages throughout the day. 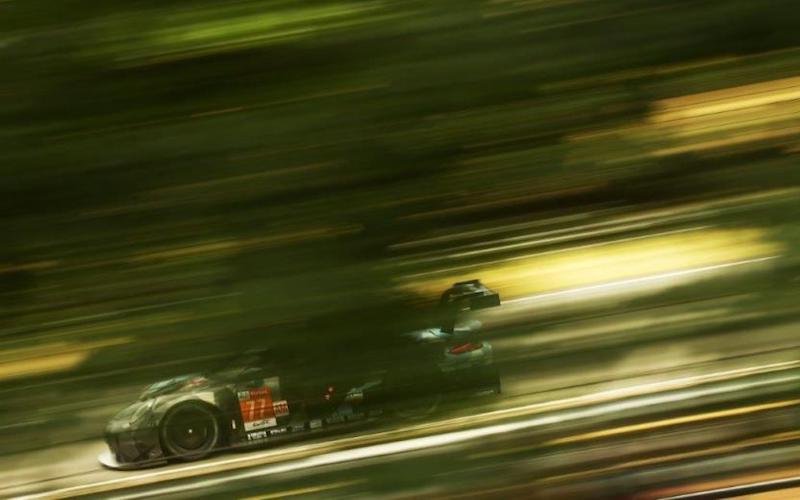 Fastest in LMP2 was Frenchman Nathanaël Berthon in the #31 Dragonspeed Oreca 07 Gibson, whose lap time of 3:27.228 was just 0.024 seconds faster than Paul-Loup Chatin’s effort in the IDEC Sport Oreca. Third-fastest was Jean-Eric Vergne in the #26 G-Drive Racing Oreca with a fastest time of 3:28.394.

GTE Am was a straight-up battle between Porsche and Ferrari. Julien Andlauer ultimately set the fastest time of the day, a 3:55.970, for the #77 Dempsey-Proton Porsche 911 RSR. Just like the GTE Pro class, Andlauer’s time came right at the end of the eight hours of Test Day running and pipped Giancarlo Fisichella’s previous benchmark of 3:56.279 in the #54 Spirit of Race Ferrari F488 GTE.