The 2016 World Endurance Championship kicks off this weekend with the Six Hours of Silverstone, the traditional curtain-raiser for the international sportscar championship. WEC-Magazin takes a look at the runners and riders in the two GTE classes. 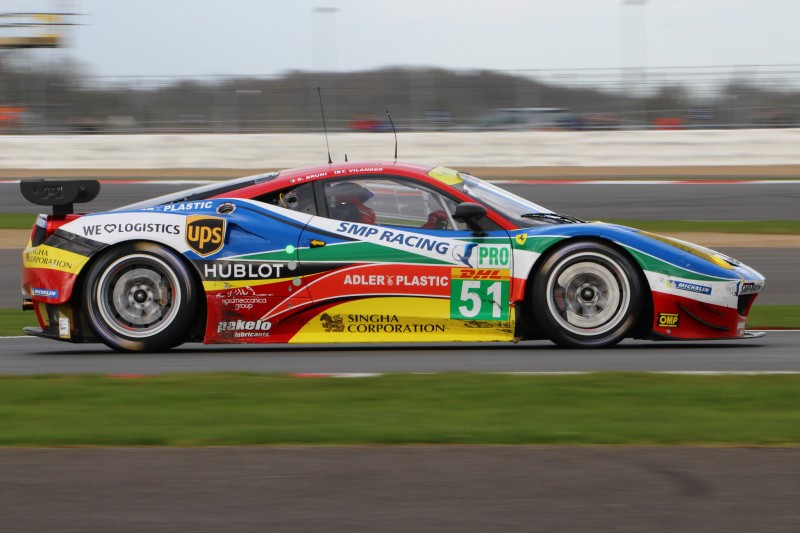 With all eyes on June’s 24 Hours of Le Mans, the first two races of the FIA WEC tend to see most of the factory teams keep their cards close to their chest in anticipation of the inevitable balance of performance adjustments in the run-up to the 24-hour classic. With Silverstone providing the first chance to see Ferrari, Aston Martin, Porsche and newcomers Ford in race trim, teams may be tempted to hold back somewhat. Still, the prestige of the race and the importance of the championship mean that none of the factory entries can afford to focus too much on what’s to come.

Indeed, there is lots of new machinery on show in the GTE Pro class, with new cars from Ferrari and Ford and some heavily revised Aston Martins. This may give ironing out the foibles greater significance than playing BoP games. The Ferrari 488 GTE has already raced in the US in the hands of Risi Competizione (in IMSA GTLM trim), and experienced the teething problems one might expect of a brand-new car at Daytona and Sebring. The AF Corse line-up is a testament to the world-class driving talent on show in this season’s GTE Pro class. The Davide Rigon/James Calado partnership has been broken up, with Calado replacing the outgoing Toni Vilander in the #51 car alongside multiple world champion Gianmaria Bruni. Davide Rigon is joined by reigning LMP2 drivers’ champion Sam Bird in the #71 machine.

Reigning GTE manufacturers’ champions Porsche opted out of a factory programme for 2016, but the 911 RSR is still back in 2016 in the hands of Dempsey-Proton Racing. 2015 drivers’ champion Richard Lietz and young Dane Michael Christensen will handle driving duties.

The talk of the paddock is likely to be Ford and its pair of Ford Chip Ganassi Team UK GTs. Mechanical issues plagued the GT’s US debut at the Rolex 24 at Daytona and the 12 Hours of Sebring, and so the WEC programme will be looking to get up to speed as soon as possible in preparation for the season. Stefan Mücke and Olivier Pla will handle driving duties for the #66 machine, while Marino Franchitti and Andy Priauxl will drive the #67. In a bid to gather valuable experience ahead of Le Mans, third drivers Billy Johnson and Harry Tincknell will be joining the #66 and #67 squads for the first two races of the season.

Arguably the most interesting change on this year’s WEC grid is the presence of a tyre war between Dunlop and Michelin. Aston Martin Racing have switched to Dunlop rubber for 2016 after difficulties throughout the 2015 season and extensive testing with the new tyres throughout the winter. The British racing green #95 Aston Martin Vantage sees Nicki Thiim partner up with Marco Sorensen and Darren Turner, while Richie Stanaway, Fernando Rees and Johnny Adam will take care of the #97 car. 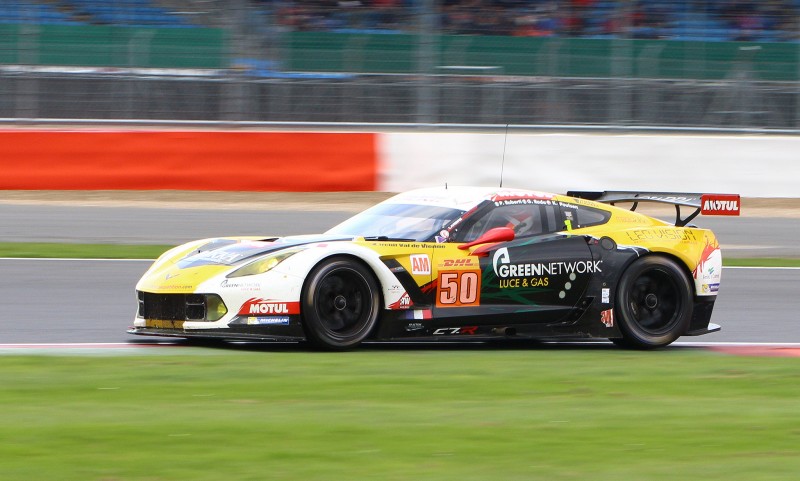 Pro drivers in GTE Am cars mixed up the GT pack at the start of quite a few races last year, with the Pro and Am GTE fields essentially running the same machinery. New GTE machinery is not permitted in this season’s GTE Am class, so expect the inter-class gap at Silverstone to be a little larger.

Larbre Competition are back in the fray with the #50 Corvette C7.R, set to be driven by experienced Japanese driver but WEC rookie Yutaka Yamagishi, Pierre Ragues and Paolo Ruberti. The sole Ferrari F458 in the WEC field this year is in the hands of AF Corse with the #83 machine, which ran as a GTE Pro entry last season. Francois Perrodo, Emmanuel Collard and Rui Aguas will be looking to improve on their second place at Silverstone last year.

There are a trio of Porsche 911 RSRs to be run by KCMG, Gulf Racing and Abu Dhabi Proton Racing. KCMG are by no means a new name in the WEC, but last season’s runners up in the LMP2 constructors’ championship have moved to a GTE Am Porsche for 2016 – with a formidable driver line-up of Christian Ried, Wolf Henzler and Joel Camathias. British-entered Gulf Racing kick off the 2016 season with an all-British driver line-up of Mike Wainwright, Adam Carroll and Ben Barker. Abu Dhabi Proton Racing also look in strong shape for Silverstone, with Khaled Al Qubaisi, David Heinemeier Hansson and Klaus Bachler (replacing Patrick Long) handling the driving duties.

The sole GTE Am Aston Martin for the first race of the season is the now almost ubiquitous #98 Aston Martin Racing entry of Paul Dalla Lana, Pedro Lamy and Mathias Lauda. Like its sister cars in the Pro class, the #98 machine is the only car in its class on Dunlop tyres.