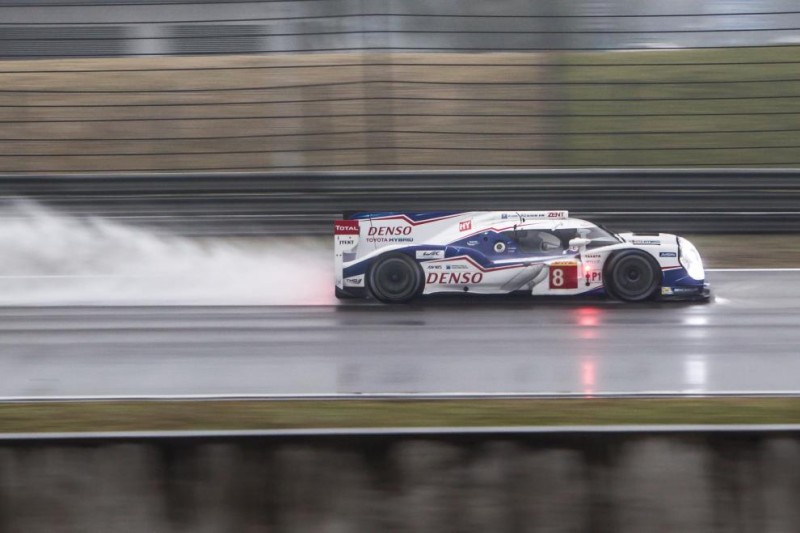 Teams and drivers are gathering at the Shanghai International Circuit for the penultimate round of the 2015 FIA World Endurance Championship, with every single title up for grabs.

There are a number of changes in LMP, with new drivers making WEC debuts and a number of familiar faces back in the paddock. The biggest change in LMP1 is the loss of Daniel Abt in the #13 Rebellion Racing car, who will miss the final two rounds of the championship to concentrate on his efforts in Formula E. He will be replaced by young Swiss single-seater driver Mathéo Tuscher.

At the front of the grid, Porsche will be looking to take a decisive step towards both the drivers’ and manufacturers’ titles. Victory for the Weissach-based squad at Shanghai would all-but secure the constructors’ championship, while just one point separates the Hartley/Webber/Bernhard and Fässler/Tréluyer/Lotterer crews in the drivers’ title fight.

Another new face in China is current GP2 driver Tom Dillmann, who becomes the latest in a long line of GP2 drivers to try his hand at LMP racing. He will join the #36 Signatech Alpine machine, partnering Nelson Panciatici and Paul-Loup Chatin. The title battle took a dramatic turn at the last round in Fuji, with the G-Drive Racing and KCMG machines controversially coming to blows with just minutes of the race remaining. A final steward’s decision on the incident is expected to be announced on Friday. Pegasus Racing are set to join the grid, fresh from their European Le Mans Series exploits. Chinese drivers Ho-Pin Tung and David Cheng are joined by experience LMP2 racer Alex Brundle in the Morgan Nissan.

In GTE Pro, the big story is the withdrawal of the Young Driver AMR #95 Aston Martin Racing car, ostensibly in protest at the balance of performance in the GTE category. “[Young Driver boss] Jan [Struve] has a lot of business interests in China which are involved in his programme and the Chinese don’t like being embarrassed,” AMR team principal John Gaw told Autosport. The Aston Martin V8 Vantages have been hit hard by balance of performance adjustments since Le Mans, with smaller air restrictors being mandated for the Nürburgring round and only a slight increase in restrictor size for Fuji.

The #72 SMP Racing Ferrari 458 could wrap up the drivers’ and teams’ titles at Shanghai with victory at the six-hour race. Their closest rivals, the #83 AF Corse Ferrari squad of Perrodo/Collard/Aguas are 29 points behind in both championships so must rely on SMP to running into problems to be in with a shout. After making their debuts at Fuji, Nicolai Sylvest and Liam Griffin retain their spots in the #50 Larbre Competition Corvette C7R and the #96 Aston Martin V8 Vantage respectively.

WEC in Monza: What to look out for

This weekend the WEC will make its maiden appearance at the Autodromo Nazionale di Monza for the third round of the season.