The Six Hours of Shanghai is the penultimate race of this seasons World Endurance Championship. With one race to go after this one, and as many points in it in the championship battle, this race is set to be as important as ever. We take a look at the first 3 hours. 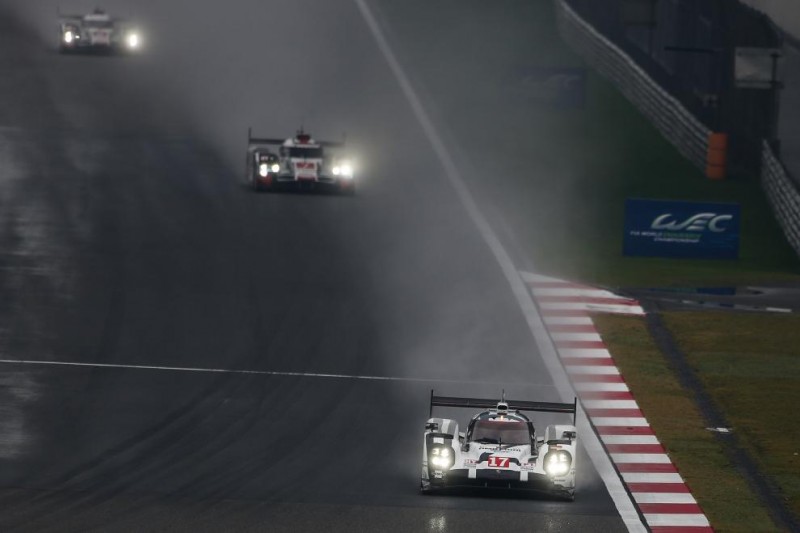 The race began under wet and safety car conditions, however, once the drivers were used to the conditions after 14 minutes ticking by on the clock, the green flag flew and the race proper got under way. The mover at turn 1 was Anthony Davidson in his Toyota around the outside of Oliver Jarvis in his #8 Audi. However the battle continued and Jarvis managed to nip back past.

At the same time, Porsche struggled to get away in the wet conditions. Andre Lotterer found himself pinched on the inside by Marc Lieb for second place, which ended worse off for the Porsche team with the #18 car left stranded on track. The top 2 in the championship were running in the top two places as the safety car was pulled out for Nick Tandy’s spin in his KCMG. The Le Mans winner lost a lap but continued in the race.

As the race restarted half way though the hour, the race was left with the intriguing concept of a recovering Porsche and KCMG fighting through the field. 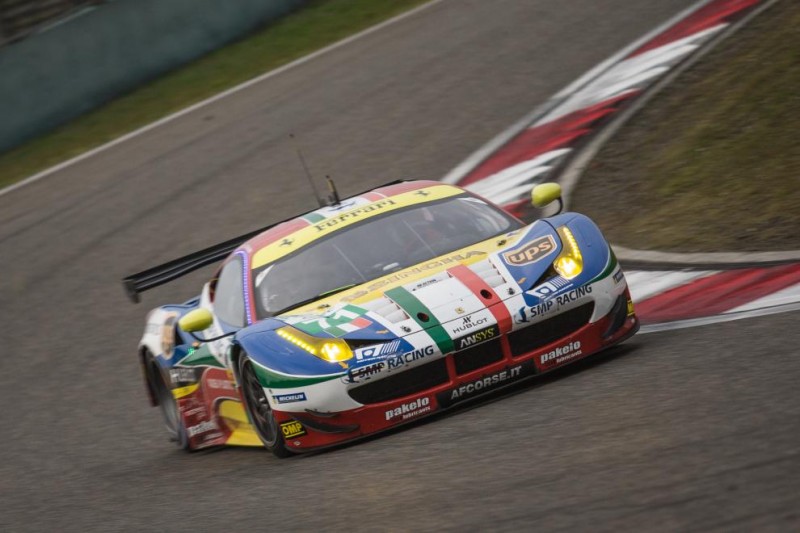 In GTE-PRO the #51 Ferrari crew led the race they did not get past the first lap of last year ahead of the #91 and #92 Team Manthey Porsches. In the GTE-AM class, thanks to an early pit stop for the championship leading SMP Ferrari, the top three saw Patrick Long take the lead, after starting right at the back of the class ahead of the Corvette of Larbre Competition and the #98 Aston Martin Vantage. However the #98 car of Pedro Lamy was not safe in third in class, as Collard in the #83 AF Corse Ferrari lined up an overtake into the penultimate corner on the breaks to take the final provisional podium spot.

It only took ten minutes for the #91 Porsche 911 to catch the #51 Ferrari. With the Porsche pushing for a pass, the #7 Audi was lapping the pair, which forced Toni Vilander to leave space on the inside, which left room for the Porsche to dive down the inside into the hair pin at the end of the lap. At the same time, the two sister cars in GTE-PRO were battling for third, and this time it was a Ferrari which came off best, with the #71 car capitalising on a mistake by the Porsche to jump into third in class.

The final move in the first hour was a change for second place in GTE-PRO. The #71 car of Davide Rigon made his move on the sister #51 Ferrari of Toni Vilander to gain second place. LMP2 saw G-Drive in formation, with the 26 Ligier ahead of the 28, leading the way ahead of the Pegesus racing car, of the returning Alex Brundle.

Pit stops for everyone opened the second hour with the big movers the recovering #18 Porsche back up to fourth and the #8 Audi up to second position.

However, the story of the hour was a full course yellow for the spinning Danny Watts. Again, the point of focus the penultimate corner. There was action right up to the FCY being flown. The #92 Porsche in GTE-PRO spent the period locked to the rear bumper of the #71 Ferrari in a battle for second position. The battle flowed into the pit lane, where both teams changed drivers and tires, however, the Ferrari’s stop was much faster. As the conditions worsened during the full course yellow, the Porsche was able to get past into second place.

The next victim of the weather was Dominik Krahiemer, who aquaplaned off the circuit, and brought himself a one way ticket to the gravel trap at turn 8 and landed another full course yellow. The drama in the FCY was a spin for the Larbre Corvette at turn one after it came out the pits, and then pulled back onto the circuit right in front of the Toyota of Alexander Wurz. The Austrian driver was forced to take to the grass in avoidance. 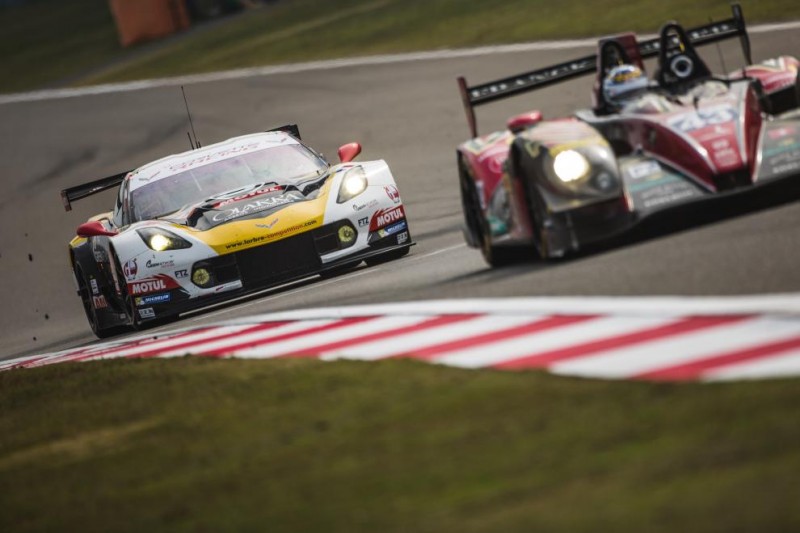 As the circuit went green again, Alex Wurz, had a carbon copy spin of that of the Corvette, but joined safer than the French ran american car, Khaled Al Qubiasi was next off afterwards, straight into the gravel at high speed at turn 11, thankfully missing the barrier. The circuit then went under FCY once again when turn 16’s gravel trap then had the #1 Toyota of Kazuki Nakajimma take up residence.

It took just 5 minutes into the hour to take the lead under full course yellow. The #17 Porsche pitted, and thanks to a blistering pace from Audi previously, the #8 Audi stole the lead from the #17 Porsche. LMP2 saw Alex Brundle take the lead at the hair pin from the G-Drive team. A fantastic effort in the first race in a year for the Brit, in a 1 off entry car, which is older than the rest of the competition.

Back in LMP1, the Audi’s began to sandwich the #17 Porsche in second place with the #7 car in third the fastest off all. The #7 car caught the #17 and were locked in battle for second place, but both gaining all the time on the leading #8 Audi. However backup for Porsche was on its way, with a fast charging Neel Jani closing in on the lot of them in fourth.

It did not take long for the #7 car to get past the Porsche and gain valuable world championship points. However the suspected team orders from Audi did not happen. di Grassi defended the lead which lead to a load of traffic dropping the #7 car back from the lead, but still in second place. A lap later, the move happened and the #7 Audi hit the front.

Next up, it was Porsche’s turn to try and over take. After two and a half hours of racing the order was Audi #7 ahead of Audi #8, third was Porsche #17 and fourth Porsche #18, all within eye shot out on circuit.

The Porsche duo began to hustle di Grassi for second place, however expert defending from the Brazilian ace kept both the Porsche’s at bay. Then it was Porsche’s turn to display tack tics, letting Jani past Bernhard to try and find a way into second position, and that it did. Jani was not the only Porsche on the move, a few minutes after Jani, the #17 Porsche managed to swing past the #8 Audi into third place on the exit of turn two.

A late drive through penalty for the championship leading G-Drive LMP2 Ligier for not respecting the full course yellow was handed out towards the end of the hour which will have implications later in the race.

With a fascinating race in changeable conditions well under way, the championship is looking like it could take a swing one way or the other before the race is out, only time will tell.