32 cars for 6 Hours of Shanghai 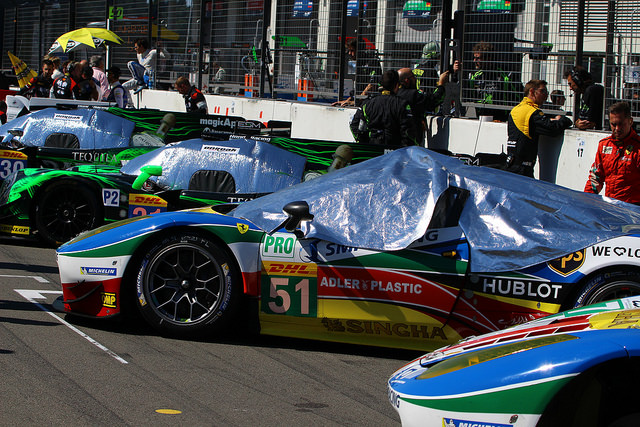 The FIA World Endurance Championship is reaching its climax, with just two rounds remaining. Next weekend’s 6 Hours of Shanghai will see 18 prototypes take the grid in LMP1 and LMP2 and 14 GT machines.

The LMP1 entry list remains unchanged, but with the drivers’ championship finely balanced we are likely to see an exciting battle in the heat of Shanghai. After three victories in succession, the Porsche trio of Mark Webber, Timo Bernhard and Brendon Hartley lead the drivers’ championship by just one point from Audi drivers André Lotterer, Marcel Fäsler and Benoit Tréluyer.

LMP2 sees the addition of German team Pegasus Racing, fresh from last weekend’s final round of the European Le Mans Series in Estoril, Portugal. Pegasus will field its Morgan Nissan piloted by Chinese drivers David Cheng and Ho-Ping Tung. KCMG will be looking to set the record straight at Shanghai after the disappointment of Fuji.

Aston Martin will once again be reshuffling their driver line-up in China, with Nicki Thiim returning to the team after missing a number of races due to his GT commitments with Audi. The 2014 Le Mans winner will join usual teammates Marco Sorensen and Christoffer Nygaard in the #95 machine. New Zealander Richie Stanaway, absent at Fuji due to GP2 commitments and replaced by Stefan Mücke, will once again be behind the wheel of the Hanergy-sponsored #99 car.

In GTE Am, Nicolai Sylvest returns to Larbre Competition and the Corvette C7R while German Klaus Bachler is back behind the wheel of the Abu Dhabi Proton Racing Porsche once again after missing the last race due to a clash with the ADAC GT Masters.

The seventh round of the FIA WEC starts at 4:00am Central European time on Sunday 1 November. The full entry list is available here.

WEC in Monza: What to look out for

This weekend the WEC will make its maiden appearance at the Autodromo Nazionale di Monza for the third round of the season.