The dust has settled on the Le Mans 24 Hours 2019 and a strange feeling of emptiness has taken hold in all of us whose years run from June to June. On track, it was another memorable 24 heures. Fernando Alonso, Sébastien Buemi and Kazuki Nakajima will go down in the records as the victors, but the reality paints a much different picture.

The extraordinary scenes that played out in the final hour of the race will live long in the memory of all involved. The #7 had been a commanding presence all week and quite clearly the class of the field. The fact that a simple technical issue to cost three drivers the most significant victory of their careers is heartbreaking whichever way you cut it.

The tears in the eyes of the #8 crew, the destitution on the podium, was real, raw. It’s worth remembering that Buemi and Nakajima were in precisely the same position as the #7 crew in 2016. And that year Kobayashi and Conway had to stand on the second step of the podium, knowing full well that – in a just and fair world – they should have been third and their teammates tasting the victory champagne.

Conspiracy theories will be peddled in the Twittersphere, but frankly they have no place in any debate. Human errors, coupled with system failure, brewed up a situation that, well, just happened. That Toyota would even consider engineering a result in such a manner is simply unthinkable. They are racers, pure and simple, with a profound respect for the 24 Hours of Le Mans.

After last year‘s second-place disappointment, the #7 crew returned to the Circuit de la Sarthe with renewed vigour and purpose this year. If this writer were a betting man, he would put his money on the doing the same next year.

The GTE Pro class provided some of the closest racing at Le Mans this year, as it has so often in the past.. However, as we leave the Circuit de la Sarthe for another year, it difficult not to think about what might have been.

Safety cars are essential, and in a circuit the length of the Circuit de la Sarthe, multiple intervention vehicles are too. However, in a class so evenly matched as GTE Pro, one unfortunate safety car deployment can create insurmountable gaps just minutes into the race.

There is no easy solution, although this writer would have hoped for greater use of the full-course yellow (FCY) and slow-zone (SZ) systems. Obviously driver safety is paramount, but medical vehicles could easily be dispatched while the course is under FCY. The added bonus would be the preservation of all gaps throughout the field. The lack of wheel-to-wheel battles in the final hours was due in so small part to the splits created by the safety car – a shame.

To many endurance racing fans, detailed live timing isn’t simply an optional bonus, it’s a vital component in understanding what’s happening in a race. And, for many, the WEC timing display is insufficient. It doesn’t offer any sector times, while the use of cars graphics that are unnecessarily large stand precludes any option of displaying all timing data on a single screen.

These are issues that have been raised in the past, including on the FIA WEC‘s own fan questionnaire in 2017. Unfortunately, no action has been taken.

James Muscat‘s Live Timing Aggregator began as a hobby four years ago, but has since turned into a vital resource for understanding and monitoring a race. It uses the data generated by the FIA WEC‘s excellent timing services provider Al Kamel and displays it in a simple but detailed manner – much like the data shown to the teams during the race.

It was served with a cease and desist order on Thursday and the service didn’t run during the race, to widespread uproar. It‘s the WEC‘s data, of that there’s no doubt, but Muscat’s solution draws on the information as it is freely available on the internet. It is not for profit and truly a labour of love created by a member of a community who help keep this series alive.

Plenty to look forward to

It would be wrong to end this year’s race on a sour note. Credit should go to the marshals, the helpers, the hard-working teams and the myriad other people who make this race the unbelievable spectacle it truly is. This writer would also like to thank the Mobil 1 Radio Le Mans family. Because without you it wouldn’t be the same.

With the Super Season having drawn to a conclusion, eyes now turn to the first proper winter season for the FIA World Endurance Championship, beginning at Silverstone in September. The new hypercar regulations have finally put all the rumours and ire to bed, with all eyes on what Toyota, Aston Martin and perhaps others too can bring to the table in September 2020. This writer, for one, cannot wait. 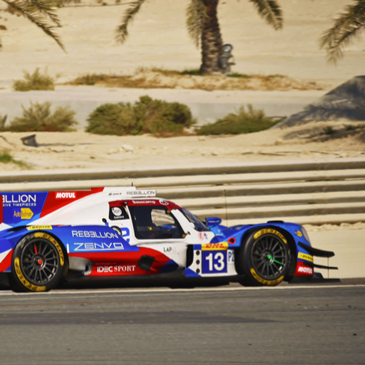 Privateer teams have come out in force for the 2018/2019 Super Season, giving the WEC’s LMP1 class the most full-season entries it has ever seen. Their commitment must be respected if the WEC is to Read more…

Many words have been committed to print on the meagre entry list in LMP1 for 2017, the lack of competition and strict regulations. But there comes a time, after discussing and debating past developments and Read more…