The battle at the front of the field in this year’s Le Mans 24 Hours is likely to be one of the most unpredictable in years. Dozens of question marks surround the reliability of the works hybrid cars, will all three major manufacturers suffering serious failures at Silverstone (Audi) and Spa (Toyota and Porsche). Could a non-hybrid car pick up the pieces and record a famous podium…or better? 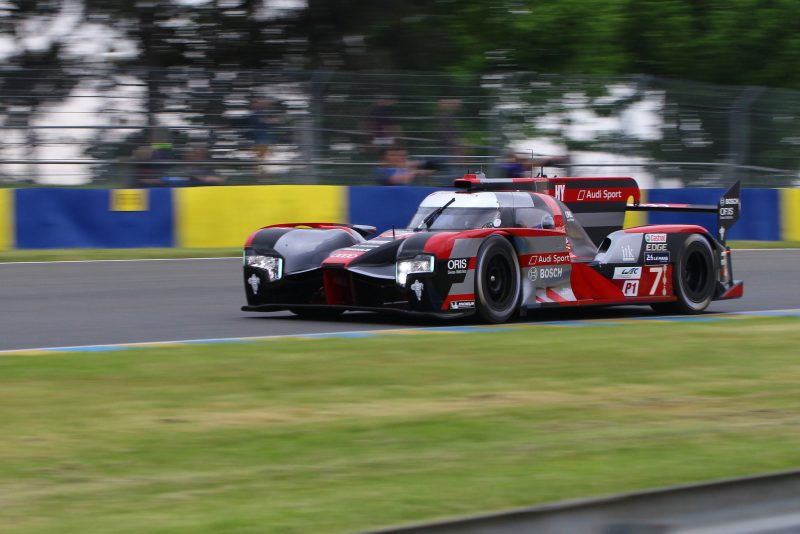 Porsche Team return to Le Mans with its familiar two-car WEC line-up of Timo Bernhard, Brendon Hartley and Mark Webber (#1) and Romain Dumas, Neel Jani and Marc Lieb (#2). The biggest talking point for the reigning world champions is the lack of a third car for budgetary reasons. There’s no doubting the Porsches’ pace, but reliability issues at round two of the championship at Spa have forced the Weissach-based team to revert to last year’s battery pack. Jani put the 919 Hybrid on pole here with a blistering lap in qualifying, so expect the sparks to fly come Wednesday and Thursday night.

It hasn’t exactly been plain sailing for Audi Sport Team Joest in preparation for the 24 Hours of Le Mans, either. The German marque will only be sending two R18s to Le Mans, driven by Marcel Fässler, André Lotterer and Benoit Tréyuler (#7) and Lucas di Grassi, Loic Duval and Oliver Jarvis (#8) – the first time only two works Audis have been present in the R18 era. The #8 car was fastest overall at Test Day on 5th June, but doubts also surround their reliability after a complete failure on the #8 car at Silverstone and un-Audi-like problems at Spa.

Last year was a year to forget for Toyota Gazoo Racing, but the Japanese manufacturer is back this year with two brand-new TS050s in the hands of Sébastian Buemi, Anthony Davidson and Kazuki Nakajima (#5) and Mike Conway, Kamui Kobayashi and Stéphane Sarrazin (#6). Going by results at the first two rounds of the season, and the Test Day, Toyota may not appear to have the absolute pace, but they are confident on the long runs and on tyre wear. Could this be their year? 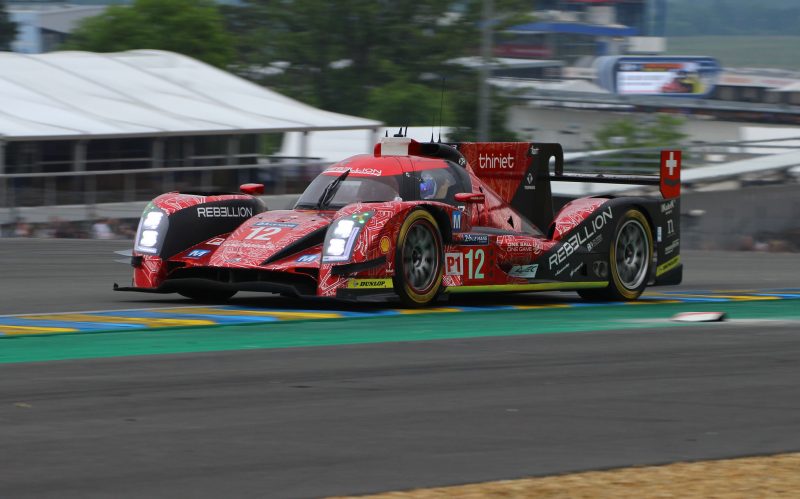 Privateer-wise, Rebellion Racing return to the Le Mans fold with two R-One – AERs driven by Nick Heidfeld, Nicolas Prost and Nelson Piquet Jr (#12) and Dominik Kraihamer, Alex Imperatori and Mathéo Tuscher (#13). Going by Test Day, Rebellion seem to have found some four seconds in pace compared to last year – with the #13 car’s quickest lap only 5.5 seconds down on the fastest Audi. An additional year of development on the Oreca-built R-One chassis, as well as the switch to custom Dunlop rubber, seem to have given the Swiss-entered team a major boost. With an untroubled run, who knows what the Rebellions might achieve? But again the days of flawless reliability in their trusty Lola B10s are over and the R-One has certainly not been without issue since its debut at Le Mans in 2014.

The second privateer entry at the 24 Hours of Le Mans is the ByKolles Racing Team CLM P1/01 – AER driven by Pierre Kaffer, Simon Trummer and Oliver Webb. Experienced German driver Pierre Kaffer rejoins the team after missing the first two rounds of the season. Again, ByKolles have suffered niggly reliability issues so far this season and will be looking for a clean run at this year’s race.